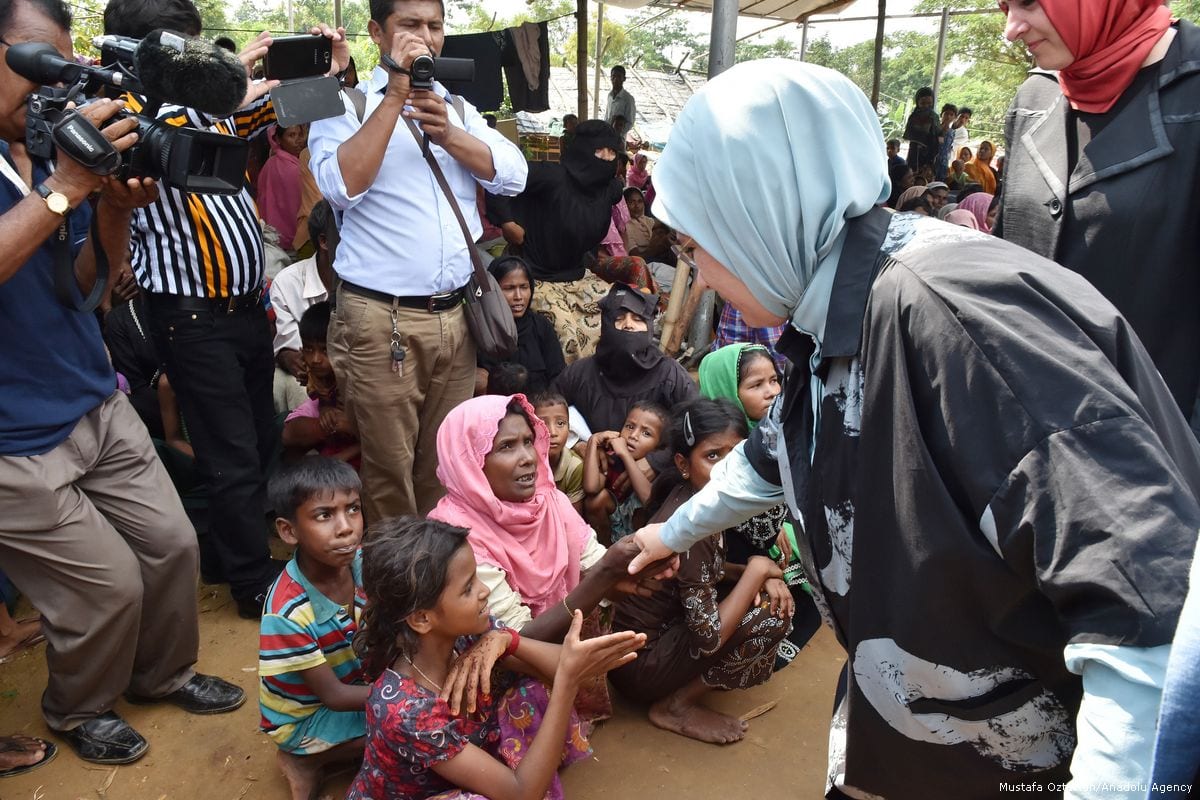 Turkey's First Lady Emine Erdogan on Saturday called on the wives of world leaders to mobilize the international community over the plight of Rohingya Muslims in Myanmar.

In a letter addressing the wives of world leaders, Erdogan drew attention to the tragedy of Rohingya minority group in Myanmar and those taking refuge in Bangladesh after fleeing the latest crackdown of Myanmar's military.

"I hope that as leaders' wives, we can rally humanitarian efforts to contribute positively to the process and thus mobilize the international community," she said, according to a statement from the Presidency.

"As a mother, a woman and a human, I think we have to establish a world where everyone can live together humanely, without any ethnic or religious distinction."

On Sept. 7, the first lady visited Rohingya camps in Bangladesh's Cox's Bazar district near Myanmar border, and distributed humanitarian aids to the refugees and listen their peril stories.

Turkey's First Lady Emine Erdogan, hugs a Rohingya Muslim refugee during a visit to a camp near the Myanmar border

Recalling the visit, she said: "Listening to the story of a nice woman whose house was burnt, underwhelmed, and whose children and spouses were killed before their eyes, hurt me and gave me great pain.

"I will never forget the desperate gaze of the women and children in the camps [in southeast Bangladesh] where we had delivered 1,000 tons of humanitarian aid in the first phase."

She said the international public opinion was not seeing the unfolding human tragedy.

She expressed her wish to establish world peace in its true sense.

Since Aug. 25, around 400,000 Rohingya have crossed from Myanmar's western state of Rakhine into Bangladesh, according to the UN.

The refugees are fleeing a fresh military operation in which Myanmar's forces and Buddhist mobs have killed men, women and children, looted homes and torched Rohingya villages. According to the Bangladesh government, around 3,000 Rohingya have been killed in the crackdown.