The Algerian army and political drought

The ruling FLN party has urged Bouteflika, who has been wheelchair-bound and rarely appeared in public since suffering a stroke in 2013, to run for a fifth term [File photo] 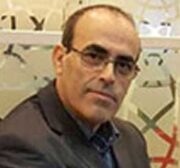 There is apparently never-ending talk about Article 102 of the Algerian Constitution, which provides for the president to step down in the event that he is incapable of carrying out his duties.

The article is explicit: "If the President of the Republic, because of serious and long-lasting illness, happens to be in the impossibility to carry out his functions, the Constitutional Council meets de jure, and after having verified the reality of the impediment by the appropriate means, proposes, unanimously, to the Parliament to declare the state of impediment. The Parliament sitting, in both chambers convened together, declares the state of impediment of the President of the Republic, with a majority of two-thirds (2/3) of its members and charges the President of the Council of Nation, to stand for the Head of State by interim for a maximum period of forty-five (45) days and carry out his prerogatives in accordance with the provisions of article 90 of the Constitution. If the impediment continues at the expiry of the forty-five (45) days period, a declaration of vacancy by resignation de jure is made."

President of Algeria Abdelaziz Bouteflika casts his ballot to elect members of the country's 462-seat parliament in Algiers on May 4, 2017 [Bechir Ramzy/Anadolu Agency]

In reality, the current President of Algeria has been incapacitated for at least four years. He cannot stand on his feet and we haven't heard his voice. He can barely do the minimum of his tasks if we believe the pictures broadcast by the state television station, which makes a great effort to edit them before showing them to the world.

However, there has been a team which has denied this for years. Its members claim that the president "is in the best health and is carrying out his duties normally." In secret?

Today, Algeria is divided into two camps which are fighting in the print as well as social media. One side is frustrated and has lost confidence, calling on the president to step down; the other insists that he is well and fully capable. The latter group does not hesitate to accuse the former of being traitors, chaos-seekers and risk-takers.

There is also the army leadership, which is biased towards the first camp under the guise of respecting the Constitution and loyalty to the state institutions. Although no one asked the army to intervene directly to resolve the issue, its senior officers have sided with the president's opponents. This has been said openly by the Chief of Staff, Lieutenant General Ahmed Gaid Salah, and the army magazine Al-Jaysh.

The disaster suffered by Algeria, both generally and more specifically in terms of political work, is the lack of an example or model. No one trusts anyone; it is as if the country is suffering from desertification.

The government has long discredited anyone with any credibility, individuals and groups alike. This has been done by direct accusations, challenges against the basis of their credibility and questions about their honour and intentions. Ever since Abdelaziz Bouteflika became President in 1999, he has insisted on excluding those who do not pledge blind obedience to him and anyone who disagrees with him, no matter how insignificantly. As soon as anyone mentions the name of any individual, group or entity, they are met with a barrage of doubts and scepticism. No politicians, scholars, intellectuals, thinkers, clerics and businessmen have been spared this treatment.

In the midst of this political drought, the army stands out as the single organisation capable of imposing discipline and respect. It has gained this standing due to it being the "heir of the Liberation Army" whose soldiers fought French colonialism to the last drop of their blood. It is also significant that the army is made up of people from all walks of life in Algeria, and that it took part throughout the 1970s and 1980s in the building of the country's development and economic projects.

The flip side to this near-mythical status is that the army is the only player in politics which can make or break presidents. The fact that it monitors, through its various agencies and branches, the work of Algeria's state institutions and personnel is often overlooked. This role has been played behind the scenes since 1962; everyone has known about it but no one dared to address it until 1992, when senior officers decided to engage openly in political activities.

Instead of being harmful, this intervention led to the military gaining more credit at the expense of civilians and politicians. The latter became indebted to the army for "saving the county from the darkness of the Islamists."

The politicians basically conceded defeat and surrendered, giving way to the army, whose senior officers granted themselves the leadership role and the right to rise above all. Hence, at every political impasse, all eyes turn to the Ministry of Defence waiting for a solution. When problems arise, even opposition politicians and journalists, from all ideological backgrounds, admit that the army is the answer.

This reality ignores the fact that the world has moved on, and Algeria has as well, and the way that Algeria was "saved" in 1992 cannot be repeated. Furthermore, the army should not be the cause of a political problem and cannot be part of its solution. The way to protect the Algerian army is to stop wondering about its role in politics; that is a mistake, and an expression of political failure. What's more, the army leadership must stop looking at society as if it will be helpless forever.

The task of a national army is to protect the state's borders and defend its citizens. Making any demand on the army other than this is to hold it responsible for something in which it shouldn't be involved, and is one way to legitimise militarism.

This article first appeared in Arabic in Al-Quds Al-Arabi on 19 September 2017.