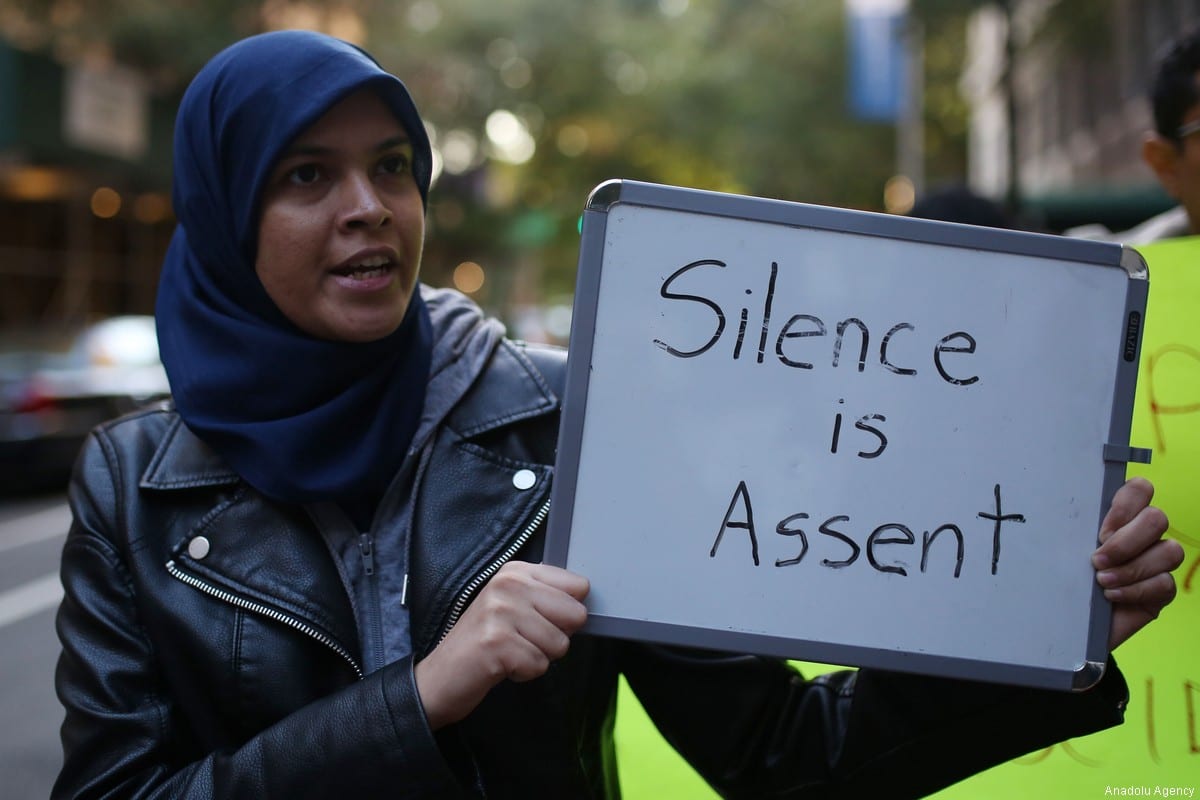 Activists stage a rally denouncing the ongoing military operations in Myanmar’s Rakhine state next to Myanmar Permanent Mission to the United Nations in New York, United States on September 7, 2017. ( Mohammed Elshamy - Anadolu Agency )
October 2, 2017 at 4:29 am

Egyptian militant group Hasm claimed responsibility on Sunday for a small explosion at Myanmar's embassy in Cairo, saying it was in retaliation for that country's military crackdown on Rohingya Muslims.

Egypt's interior ministry has not commented on Saturday's blast, which residents and media initially reported as probably the result of a faulty gas pipeline. Two security sources told Reuters that traces of explosives had been found at the scene.

"This bombing serves as a warning to the embassy of murderers, killers of women and children in the Muslim Rakhine State, and in solidarity with the sons of this weakened Muslim population," Hasm said in its statement.

It was the first time that Hasm, a group blamed for several attacks targeting judges and policemen around Cairo since last year, has claimed an attack on a civilian target.

"(We have used) utmost caution to ensure that there were no civilian casualties or innocent people (hurt) during the operation, or else you would have seen a burning hell you could not have stopped," Hasm said in the statement.

The latest wave of violence in western Myanmar's Rakhine State began on 25 August, when Rohingya insurgents attacked police posts and an army camp, killing about 12 people.

The Myanmar military response has sent more than 410,000 Rohingya Muslims fleeing to Bangladesh, escaping what they and rights monitors say is a campaign aimed at driving the Muslim population out of the majority-Buddhist country.

Hundreds of Egyptian soldiers and police have been killed fighting an Islamist insurgency in Sinai that has gained pace since mid-2013, when General-turned-President Abdel Fattah al-Sisi ousted Mohamed Mursi of the Muslim Brotherhood after mass protests against his rule.