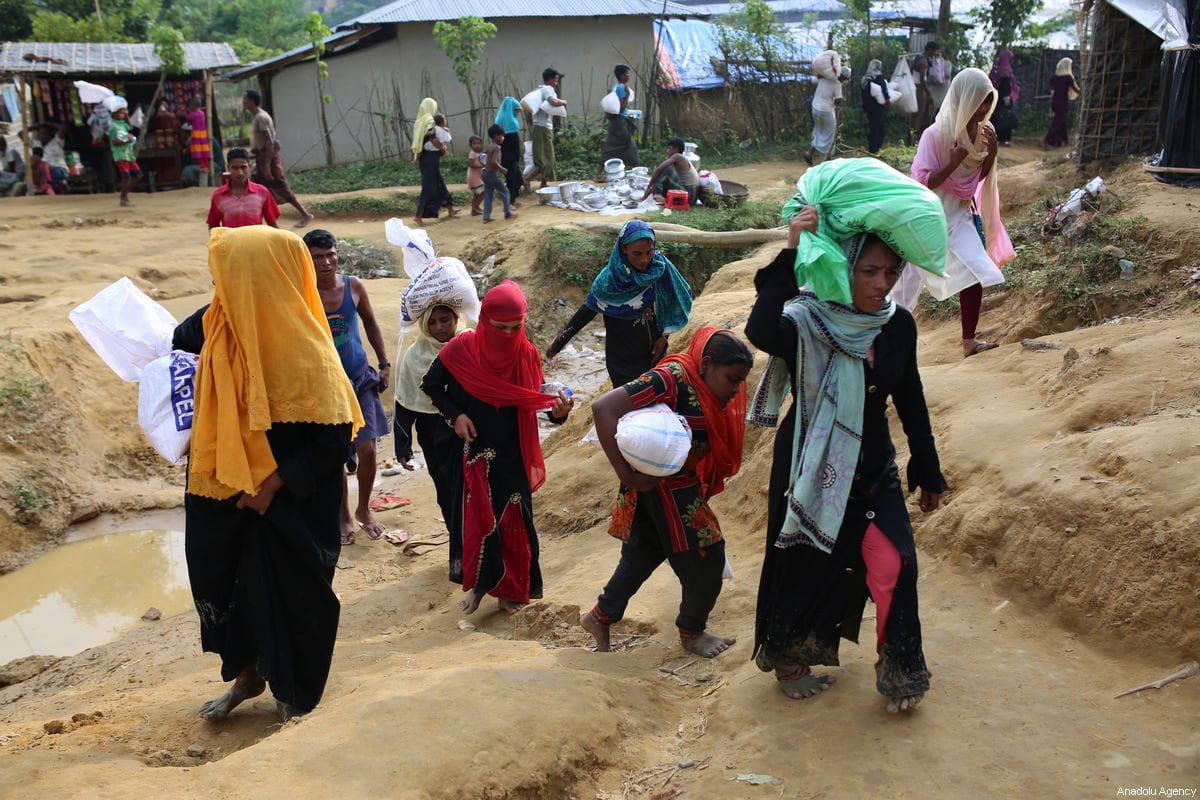 Rohingyas are seen at a makeshift camp in Teknaff, Bangladesh on 23 September 2017 [Zakir Hossain Chowdhury/Anadolu Agency]
October 23, 2017 at 3:02 pm

Israel's relations with rogue states and governments accused of committing genocide and ethnic cleansing is set to be thrust into the spotlight once again as human rights groups prepare to stage a protest outside Israel's parliament next week calling for an immediate halt to the weapons sales to Myanmar.

So far Judges and politicians in Israel have refused calls from rights group to end the country's arms sales to Myanmar and cease their support of the military junta which has been accused of ethnic cleansing, rape, torture and massacre of the Rohingya Muslims.

Public records show that Israel has been selling arms to Myanmar's military government while it's officers have been accused by the UN of carrying out "textbook case of ethnic cleansing".

Israel however is refusing to budge despite universal condemnation.

Rights group have said that Israel has behaved true to form pointing to numerous unsuccessful bids to expose details of Israeli arms sales to Rwanda during the genocide in 2004 when over a million Rwandans are thought to have been killed. Campaigners alleged that Israeli weapons were being used to carry out atrocities. The official documentation of those sales was also sealed behind closed doors.

Read: Despite allegation of genocide, Israel refuses to stop arms sales to Myanmar

In some instances, Israeli arms manufacturers have even broken with the policies of the US and Europe by supplying weapons to militias in South Sudan, where a civil war, which has cost over 300,000 lives, has raged since late 2013.

Many Western states sell arms, but what's unique about Israel is that, wherever war crimes and crimes against humanity are being committed, you find Israel is present

Eitay Mack, a human rights lawyer who has submitted a spate of petitions to the Israeli courts, told Al Jazeera.

"The companies selling the weapons, and the officials who quietly approve the trade, must be held accountable. Otherwise, why would this ever stop?" Mack added.

Yair Auron a genocide researcher at Israel's Open University, who is supporting the campaign against Israel's arms sale to regimes accused of human rights violations, said that Israel's supply of weapons to regimes such as Myanmar should be compared to the sending of arms to Nazi Germany during the Holocaust.

"These sales turn me and all Israelis into criminals, because they are sent in our name," he told Al Jazeera. "We are abetting genocide."