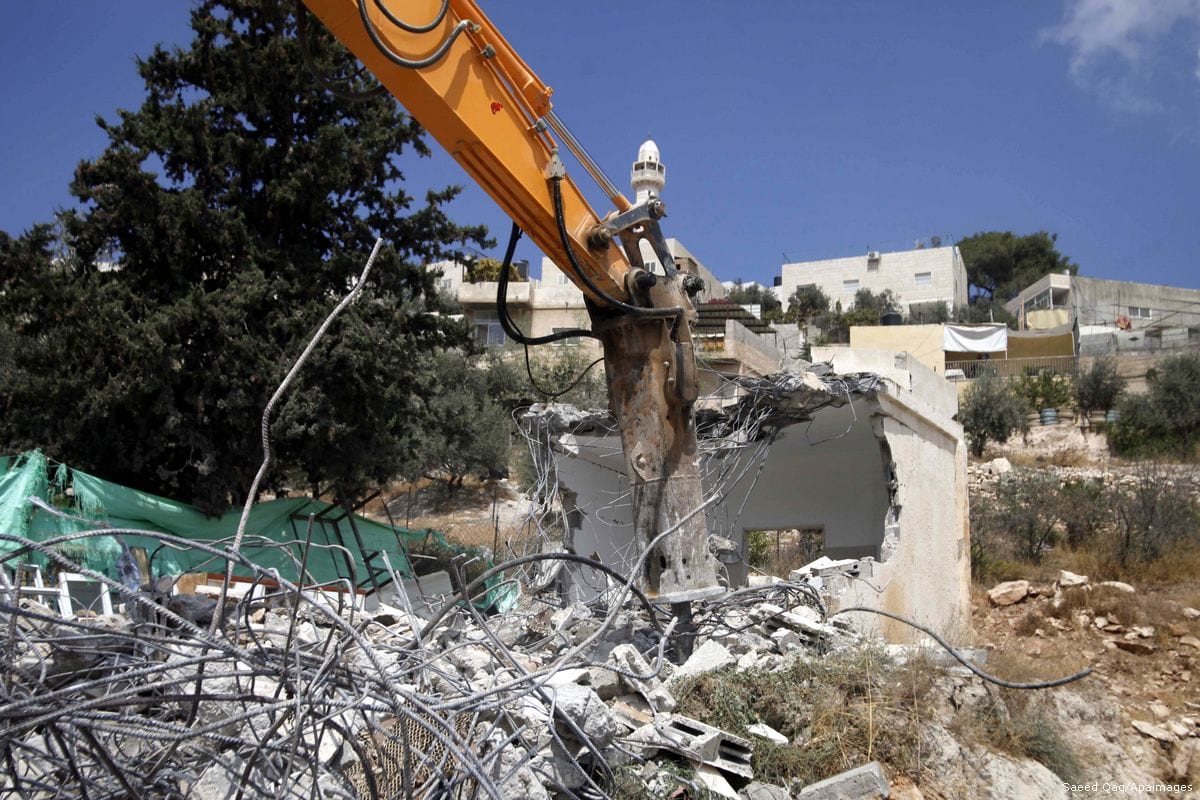 A bulldozer is demolishing homes belonging to Palestinians in Jerusalem [Saeed Qaq/Apaimages]
November 21, 2017 at 12:51 pm

Israeli officials from the Jerusalem municipality and police examined five buildings in the Kafr Aqab neighbourhood of occupied East Jerusalem yesterday, in preparation for their demolition.

The buildings, erected without the almost impossible to obtain "permit", are currently home to some 138 Palestinian families.

According to the Jerusalem Post, the apartment blocks are to be demolished in order to build a public road next to the Separation Wall.

Mounir Zghayer, chair of the neighbourhood's local committee, said that contrary to claims made by the municipality, local residents had never requested the road in question.

"The municipality is forcing this move upon us, against our will," he said.

Zghayer also warned that by demolishing the buildings using controlled explosions, there is a high risk of "collateral damage" to nearby buildings.

East Jerusalem has been under Israeli military occupation since 1967, and was illegally annexed by the Israeli authorities to form part of the Jerusalem municipality.