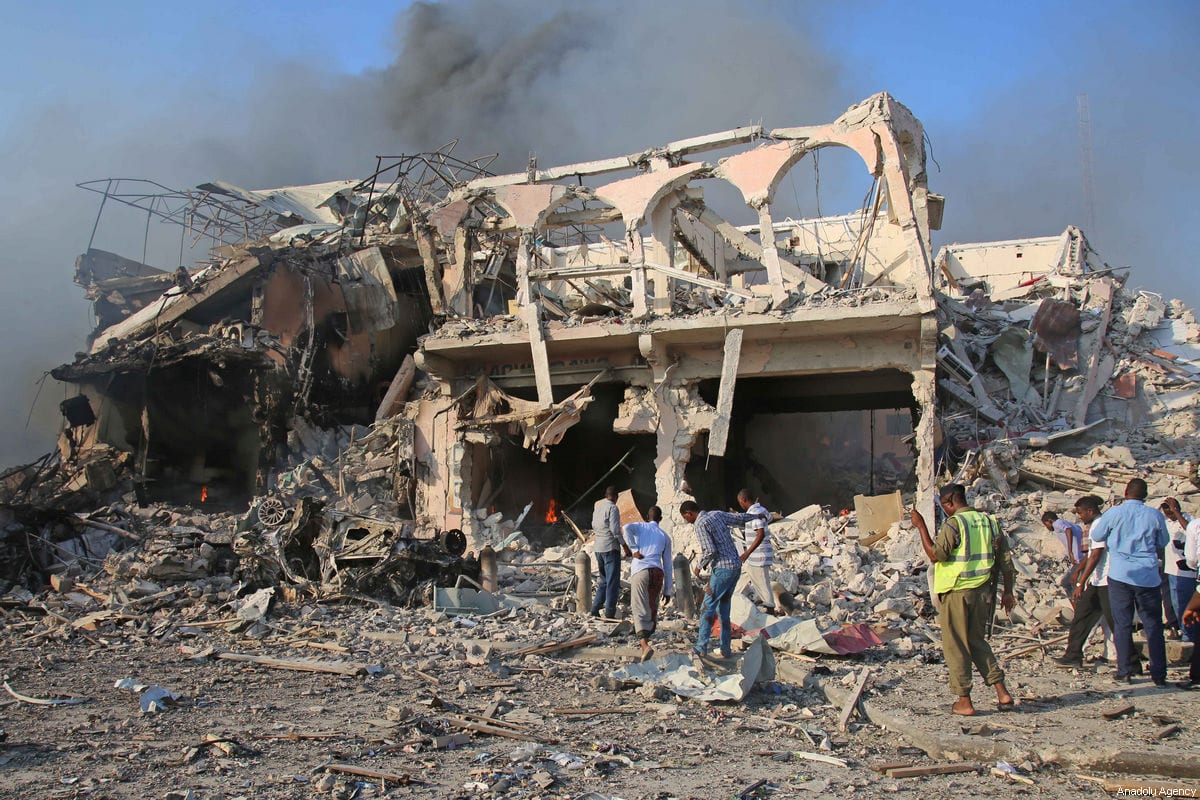 Scene of a massive explosion is seen in the capital Mogadishu, Somalia on October 14, 2017. At least 23 people have died and many others injured after a truck bomb detonated in Mogadishu. ( Sadak Mohamed - Anadolu Agency )
November 30, 2017 at 7:12 pm

More than 500 people were killed in twin bomb blasts in Mogadishu in October, a Somali committee looking into the attack said today, raising the death toll from at least 358.

In the incidents on 14 October, a truck bomb exploded outside a busy hotel at the K5 intersection lined with government offices, restaurants and kiosks. A second blast struck Medina district two hours later.

The impact of the truck bomb was worsened by it exploding next to a fuel tanker that increased its intensity and left many bodies being burnt or mutilated beyond recognition. 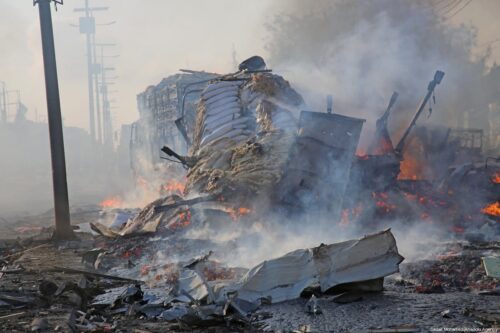 Scene of a massive explosion is seen in the capital Mogadishu, Somalia on 14 October 2017 [Sadak Mohamed/Anadolu Agency]

By 20 October, the government said the toll had reached 358.

It set up a committee, known as the Zobe Rescue Committee, to establish a more accurate death toll by talking to relatives of those who may have been at the site of the blasts.

"So far we have confirmed 512 people died in last month's explosion … [Some] 316 others were also injured in that blast," Abdullahi Mohamed Shirwac, the committee's chairman, told Reuters.

There was no immediate comment from the government on the latest toll.

Read: US: No civilians killed in Somalia raid

The bomber responsible for the attack was identified as a former Somali soldier whose home town was raided by the United States, the Guardian revealed in a special investigative report yesterday.

The bomb attacks were the deadliest since Islamist militant group Al-Shabaab began an insurgency in 2007. Al-Shabaab has not claimed responsibility, but the method and type of attack – a large truck bomb – is increasingly used by the Al-Qaeda-linked organisation.

Al-Shabaab stages regular attacks in the capital and other parts of the country. Although the group says it targets the government and security forces, it has detonated large bombs in crowded public areas before.

It has sometimes not claimed responsibility for bombings that provoked a big public backlash, such as the 2009 suicide bombing of a graduation ceremony for medical students.