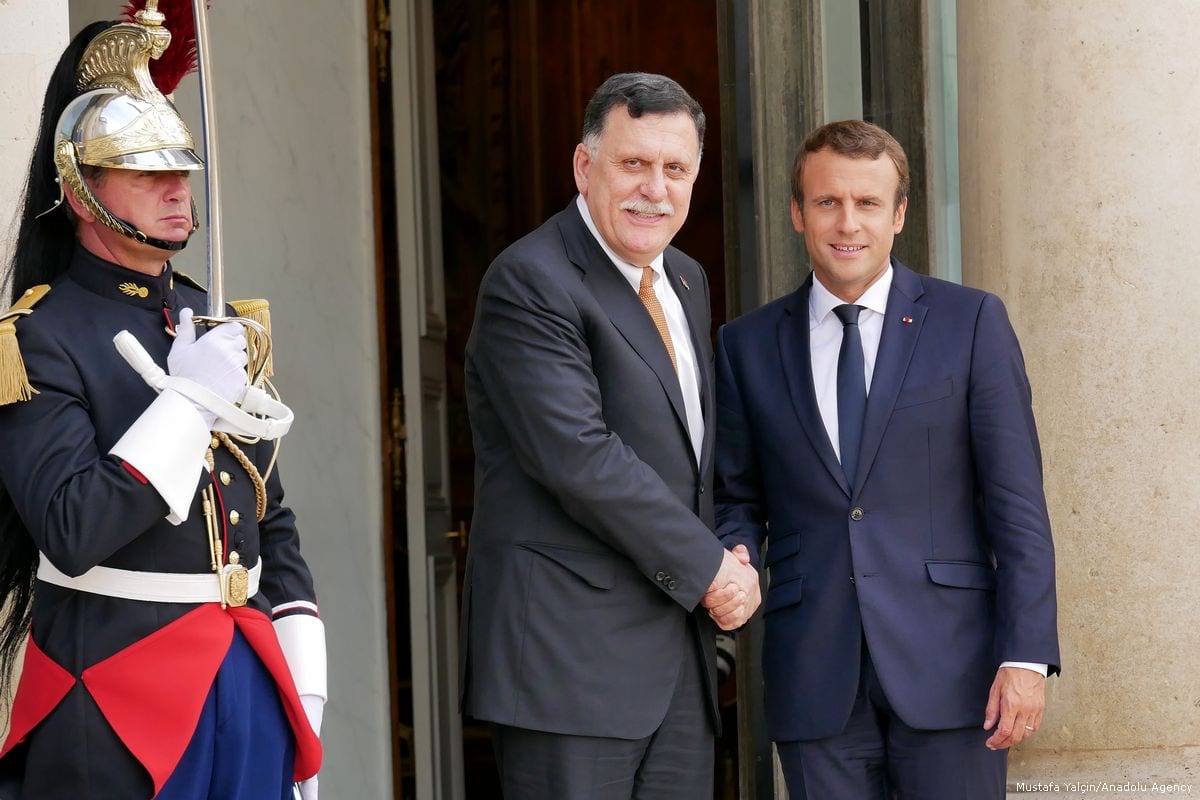 President of France, Emmanuel Macron (R) welcomes Chairman of the Presidential Council of Libya and Prime Minister of the Government of National Accord of Libya, Fayez al-Sarraj (C) in Paris, France on 28 August 2017 [Mustafa Yalçın/Anadolu Agency]
December 1, 2017 at 12:22 am

Libyan Prime Minister Fayez al-Sarraj said on Thursday that he was hopeful that a UN-imposed arms embargo would be partially lifted against some branches of the country's military.

The Libyan government is allowed to import weapons and related materiel with the approval of a UN Security Council committee overseeing the embargo imposed in 2011.

"…We hope that this embargo will be partially ended at least against some of the military branches such as the presidential guard and the coast guard," Sarraj, the head of the Government of National Accord (GNA), said before meeting with US Defense Secretary Jim Mattis at the Pentagon. He was speaking through a translator.

President Donald Trump will host Sarraj at the White House on Friday for talks on counterterrorism cooperation and ways to expand bilateral engagement.

The North African country has been in turmoil since Muammar Gaddafi's downfall gave space to smuggling networks that have sent hundreds of thousands of migrants to Europe.

Political and military fractures have left the country mired in conflict. Rival parliaments and governments have vied for power.

Libya's eastern-based military commander Khalifa Haftar is aligned with a government and parliament in eastern Libya. He has rejected a UN-backed Government of National Accord based in the capital, Tripoli, as he has gradually strengthened his position on the ground.