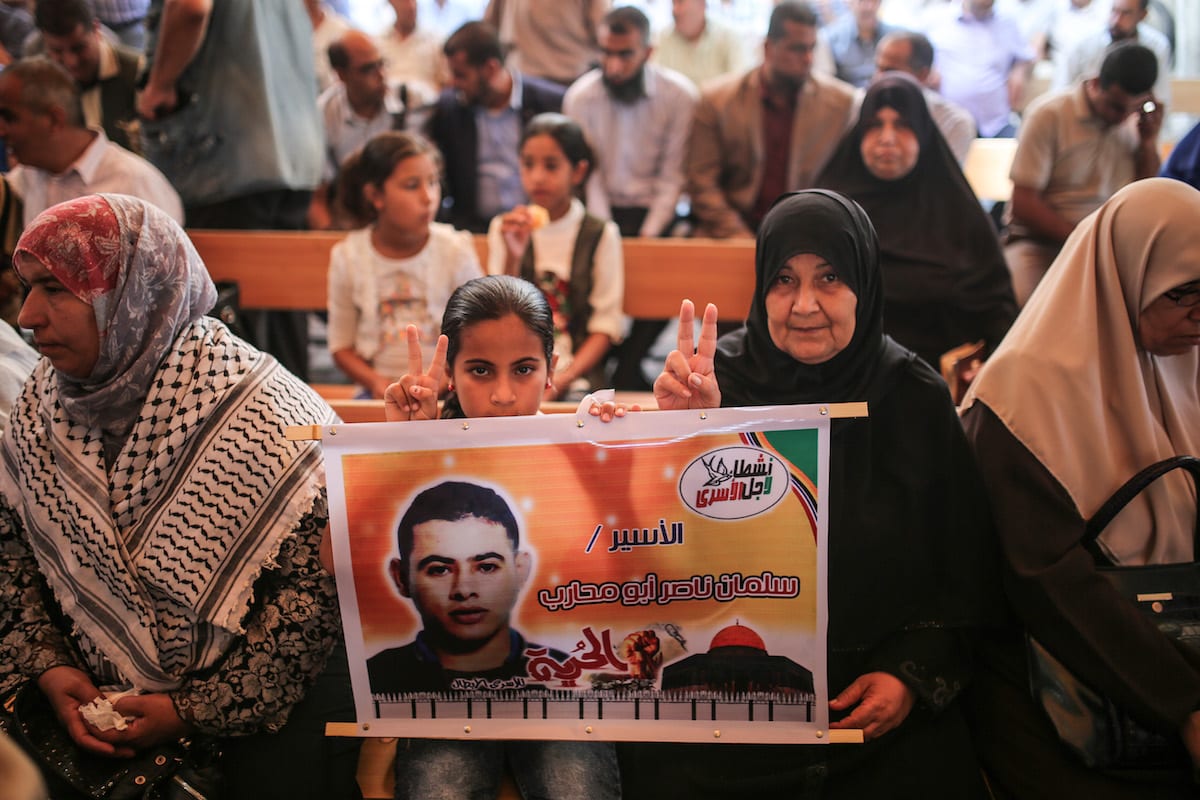 Palestinians hold a demonstration in support of Palestinian prisoners in Israeli jails, outside the International Committee of the Red Cross (ICRC) in Gaza City, Gaza on 31 July, 2017 [Mustafa Hassona/Anadolu Agency]
December 7, 2017 at 2:20 am

The Euro-Mediterranean Human Rights Monitor has condemned the Israeli policy, "which imposes heavy fines on Palestinian prisoners in an arbitrary and unjustified manner in order to punish them and to economically put pressure on them and their families."

According to the report, issued today, "the imposition of fines on Palestinian prisoners has become a consistant approach adopted by the Israeli judiciary, to the extent that no prisoner is sentenced without being fined."

The monitor also pointed out that "fines are always heavy and must be paid within a short period of time, causing the families of the prisoners to suffer severe financial burdens. In case these fines are not paid, they will be replaced by an additional period of imprisonment."

A report released by the Commission of Detainees and Ex-Detainees Affairs in the Palestinian Liberation Organization (PLO) revealed that a total of 700,000 Israeli shekels (about $200,000) fines were imposed by the Israeli authorities on imprisoned minors.

The report added that during the past three years, the policy of imposing heavy fines on prisoners has escalated and the fine has reached half a million Israeli shekels (approximately $142,857) per prisoner last year. The fine is often imposed on the prisoner because he refuses naked inspection or protests against poor living conditions.

"The policy of imposing fines affects all prisoners, even women and children. It represents a war of attrition against the prisoners and their families in an attempt to limit their livelihoods," said the legal advisor to the Euro-Mediterranean Monitor, Ihsan Adel.

"These fines represent a nightmare to the families of the prisoners and financial pressure during the already difficult economic conditions," added Adel.

"The arrest of Palestinian prisoners is carried out through military orders that criminalize all aspects of Palestinian life in violation of the Geneva Conventions. They are also tried before military courts, which are neither legal nor independent, that treat them as security prisoners and deny them their rights," clarified Adel.