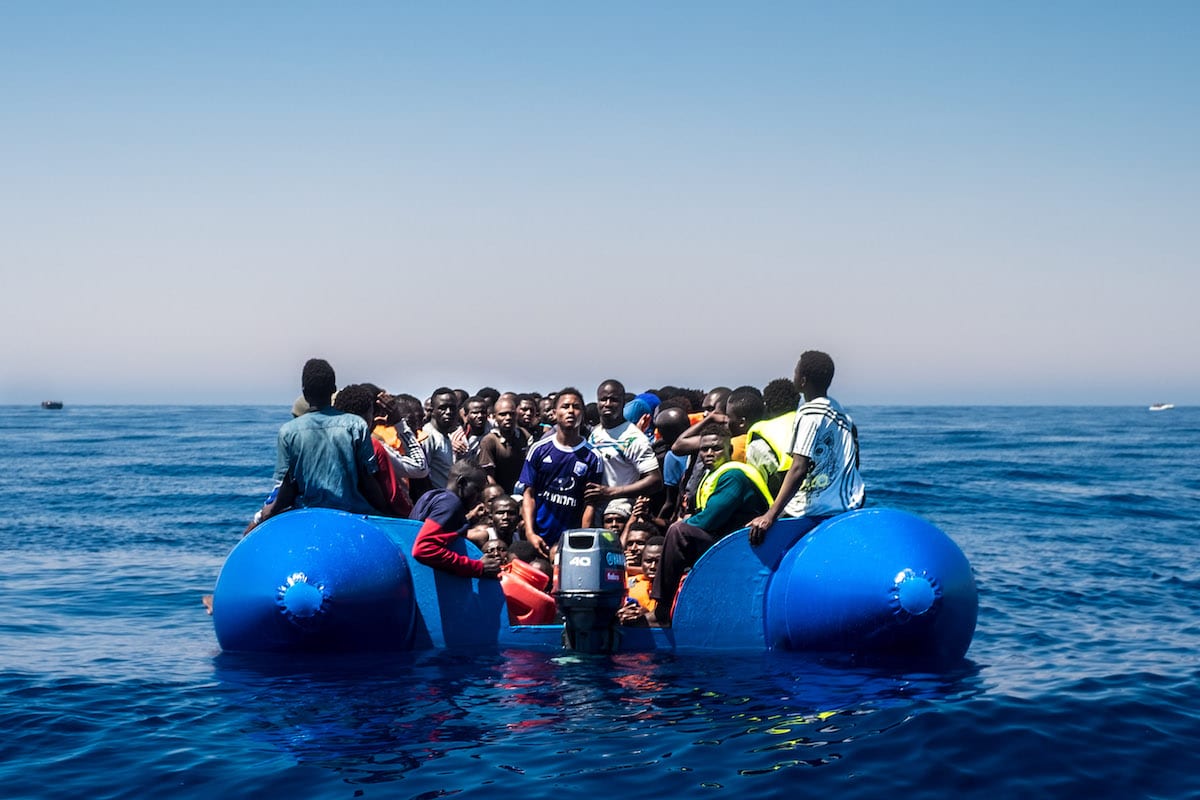 Refugees wait to get on onboard the rescue vessel Golfo Azzurro by members of the Spanish NGO Proactiva Open Arms, after being rescued from a wooden boat sailing out of control in the Mediterranean Sea near Libya on Thursday, June 15, 2017 [Marcus Drinkwater / Anadolu Agency]
December 10, 2017 at 11:57 am

Libya's UN-backed government agreed with Italy on Saturday to establish a joint operations room for tackling migrant smugglers and traffickers as part of efforts to curb migrant flows towards Europe, according to a statement.

Libya is the main gateway for migrants trying to cross to Europe by sea, though numbers have dropped sharply since July as Libyan factions and authorities have begun to block departures under Italian pressure. More than 600,000 have made the journey over the past four years.

The agreement to set up the operations room was announced after a meeting in Tripoli between the head of the UN-backed Government of National Accord (GNA), Fayez Seraj, Libyan Interior Minister Aref Khodja, and his Italian counterpart Marco Minniti.

A statement from Seraj's office said the centre would consist of "representatives from the coastguard, the illegal migration department, the Libyan attorney general and the intelligence services, along with their Italian counterparts."

No details were given on the location of the centre and how it would operate. In the past, migrant smugglers have worked with impunity in western Libya, where the GNA has little authority over armed groups that have real power on the ground.

Report: The million-dollar boat ride across the Mediterranean

The Italian navy already has a presence in Tripoli port, providing "technical" assistance to Libya's coastguard, according to Italian and Libyan officials.

The coastguard, which is receiving funding and training from the European Union, has become more assertive in recent months in intercepting migrants and bringing them back to Libya.

Activists have criticised the policy, since migrants often face extreme hardship and abuse in Libya, including forced labour. Migrants who are caught trying to cross to Italy are put in severely overcrowded detention centres authorised by the interior ministry.

The GNA has said it is investigating reports of migrants being auctioned as slaves in Libya, after CNN broadcast footage appearing to show such auctions.

According to Saturday's statement, Seraj told Minniti that "despite the successes achieved in the migration file, the number of illegal immigrants outside shelters remains large and we need more cooperation, especially in securing the borders of southern Libya through which these migrants flow".