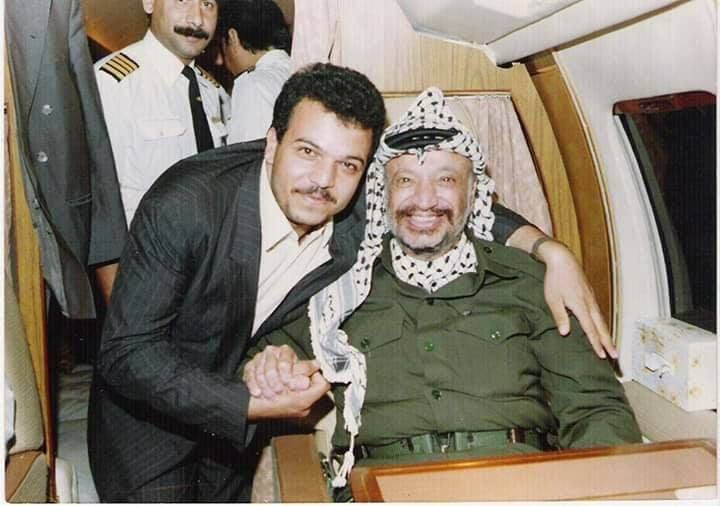 Mohamed al-Dayya, a Brigadier General in the National Security Service and the personal escort of the late President Yasser Arafat
December 27, 2017 at 2:13 am

The Palestinian Intelligence Service detained Mohamed al-Dayya, a Brigadier General in the National Security Service and the personal escort of the late President Yasser Arafat.

According to local and media sources, the Palestinian Authority's Intelligence Service arrested al-Dayya several days ago in Ramallah because he criticized the policies of the Authority. He also reportedly started a hunger strike in protest against his arbitrary detention.

On Monday, al-Dayya family said in an issued statement, "we were surprised by the unfair and illegal arrest of our militant son, Brigadier General Mohammed al-Dayya, by the Palestinian military Intelligence Service four days ago."

It is well known among Palestinians that he was the personal escort of martyr Yasser Arafat during his missions and his travels. He travelled around the world to convey the message of every free Palestinian in order to preserve the Palestinian cause and claim the rights of the people. He was known for his transparency, sense of humanitarianism, and continuous fight for establishing the Palestinians' rights. He has no agenda to destabilise security or promote sedition.

The family confirmed that they asked about the charge pressed against him. However, the answer was that the cause of the arrest is mismanaging web pages and criticising the Authority's policy and some of the president's close associates.

The family pointed out that these charges have been denied by General al-Dayya during interrogations, adding that he was prevented from the visit of the members of his family or any contact with them. He was also transferred to an unknown destination.

Al-Dayya's family held the Military Intelligence responsible for his life, claiming that "he started a hunger strike against the policy of injustice carried out against him." They also asked President Mahmoud Abbas and all parties "to work for his immediate and urgent release."

For decades, al-Dayya served as a special escort to the deceased President Yasser Arafat who used to consider him as his "the righteous son." Al-Dayya accompanied Arafat wherever he went according to close loyalties and Arafat's photographs always showed al-Dayya in his company as the latter used to appear with President Arafat wherever and whenever he was.

President Arafat appointed al-Dayya as his personal escort, following the martyrdom of his father, Yusuf al-Dayya, who was Arafat's private escort before he was killed during a bomb shelling of the house of Abu Ammar in Tunis, Hammam al-Shat. At that time, Mohamed al-Dayya was studying in Germany and he returned to his family after his father's death. Abu Ammar appointed him as his personal escort and as successor to his father.