Israel demolitions in East Jerusalem in 2017 second highest since 2000 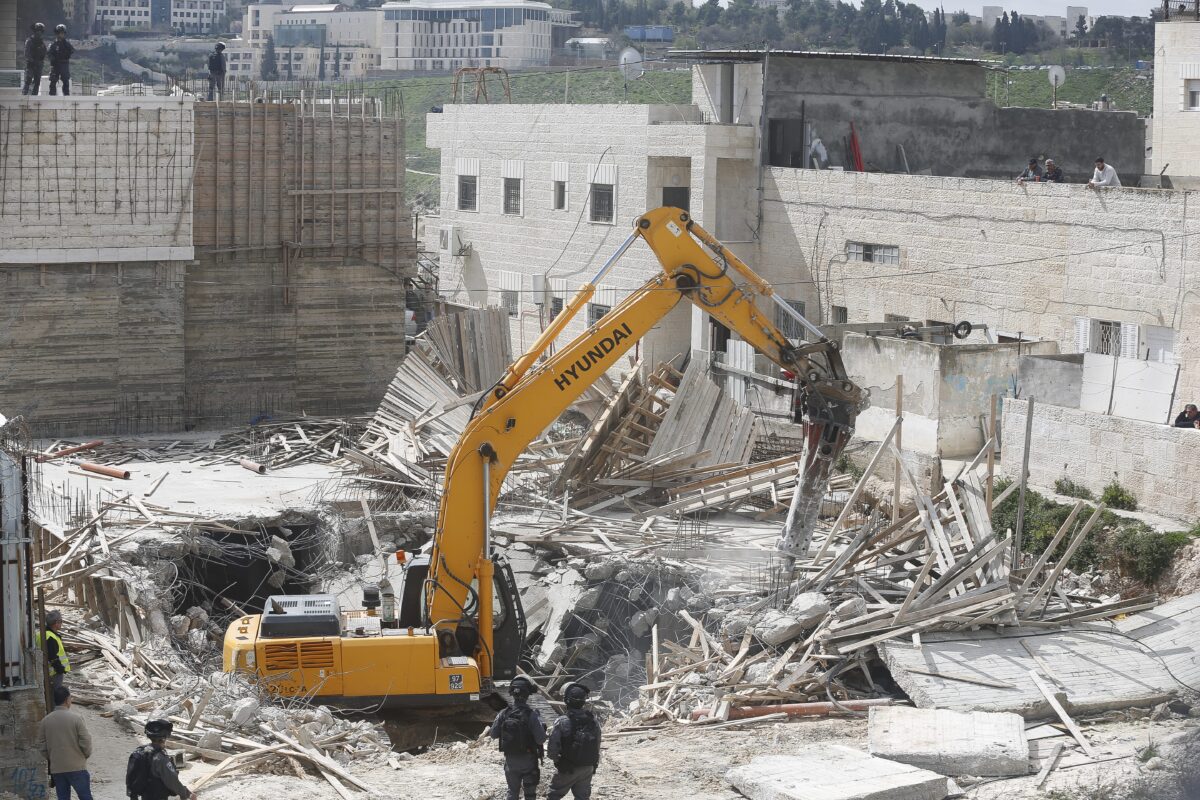 Israeli security forces gather around a construction site during a demolition of a home in Jerusalem on 14 March 2017 [Mostafa Alkharouf/Anadolu Agency]
January 16, 2018 at 11:15 am

Israeli occupation authorities demolished 142 Palestinian-owned structures in East Jerusalem in 2017, the second highest such figure since 2000.

The demolitions resulted in the displacement of 233 people, including 133 children, and otherwise affected another 631 people.

The figures are included in a UN OCHA report published online yesterday.

As explained by UN OCHA,

many Palestinians in East Jerusalem are subject to a coercive environment with the risk of forcible transfer due to Israeli policies such as home demolitions, forced evictions and revocation of residency status.

"As is the case in Area C [of the occupied West Bank], a restrictive and discriminatory planning regime makes it virtually impossible for Palestinians to obtain the requisite Israeli building permits," UN OCHA explains, noting that only 13 per cent of East Jerusalem is zoned for Palestinian construction and much of this is already built-up.

Read: 52 Jerusalemites to be made homeless after Israel issues demolition orders

"Palestinians who build without permits face the risk of home demolition and other penalties, including costly fines, the payment of which does not exempt the owner from the requirement to obtain a building permit."

Incredible, "at least a third of all Palestinian homes in East Jerusalem lack an Israeli-issued building permit, potentially placing over 100,000 residents at risk of displacement."

In 2017, the report notes, "the communities most heavily affected were Jabal Al-Mukaber, Beit Hanina, Issawiya and Silwan which, combined, accounted for 72 per cent of demolition incidents and almost two-thirds of all structures demolished this year".

Some 23 per cent of the structures demolished in East Jerusalem were inhabited homes while agricultural or livelihood-related structures accounted for 35 per cent of demolitions.