'I will not be a partner to this barbarity': Three Israeli pilots refuse to fly deported African asylum seekers back to Africa 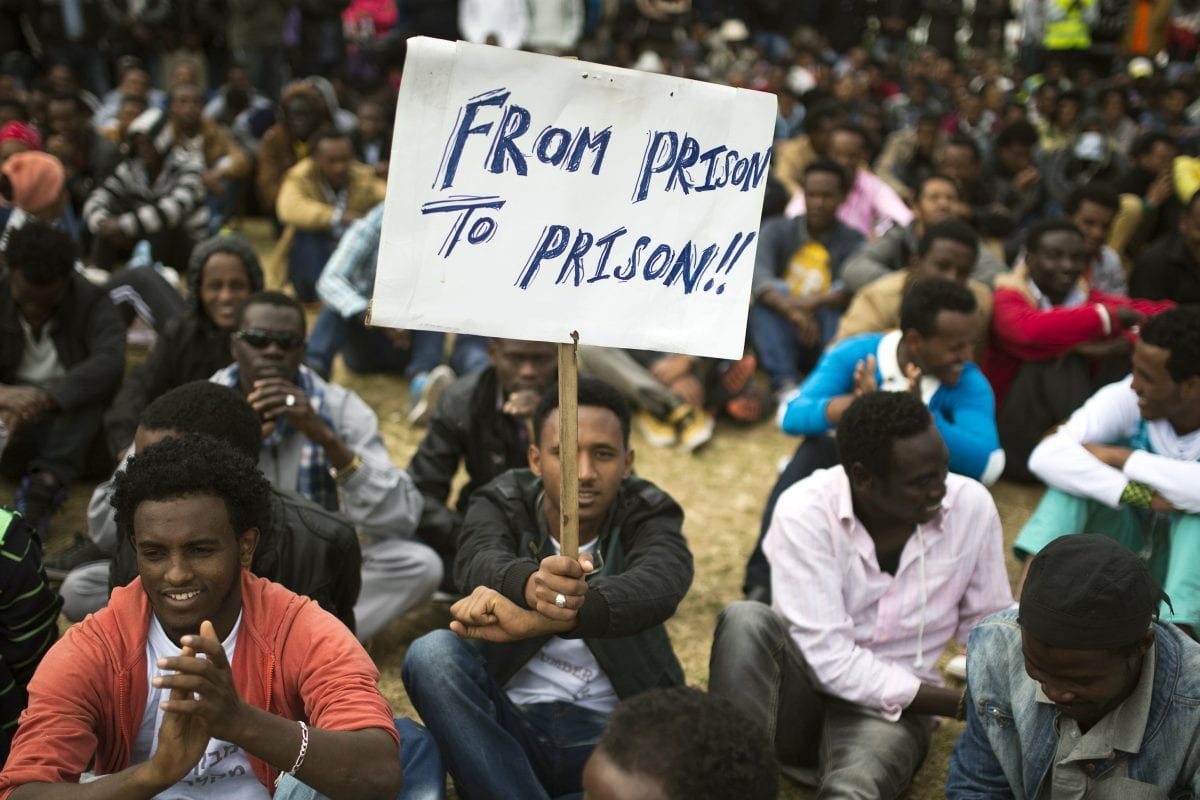 Three Israeli pilots condemned the government's decision to deport African asylum seekers, saying that they refused to fly the planes involved in the deportation practice.

"There is no way that I, as an air crew member, will take part in flying refugees/asylum seekers on their way to a destination whose chances of survival after reaching it… are close to zero," wrote pilot Shaul Betzer on his Facebook account and later on Twitter, according to The Independent.

Shortly afterwards, another pilot, Iddo Elad posted a status on his Facebook page declaring: "I will not be a partner to this barbarity," as quoted in The Independent.

The two Facebook statuses went viral, with hundreds of shares and numerous comments that are mostly supportive of the pilots' positions.

This public refusal comes three weeks after the Israeli government ordered thousands of African refugees and asylum seekers to leave the country within three months or face imprisonment.

Among the three pilots, Yoel Piterbarg, a former combat helicopter pilot in the Israeli Air Force, was the first of the three men to speak out on his Facebook account last Thursday.

"The State of Israel is populated mainly by Jews who, in the near and distant past, were refugees in countries around the world. Most went through the Holocaust, many were forcefully expelled from their countries, and many others emigrated out of a desire to improve their lives in better countries that agreed to accept them," he wrote.

He added: "Out of all people we, the Jews, must be attentive, empathetic, moral, and leaders of public opinion in the world in how we treat the migration of refugees, who have suffered and continue to suffer in their countries of origin."

"El Al does not fly any immigrants to Africa," a spokesperson for El Al airlines told The Independent.

"El Al has absolutely nothing at all to do with these flights. El Al pilots won't be flying these immigrants," he added.

However, the Israeli airline have a common code sharing alliance with Ethiopian Airlines, allowing passengers to online-book flights from Tel Aviv to African destinations across sub-Saharan Africa with a stop-off in Addis Ababa via El-Al website.

According to the spokesperson, there is no El Al crew involved on any of those flights or trip routes, The Independent reported.

More than 8000 people have signed a petition demanding the Israel Airline Pilots Association and ground services staff at Ben Gurion Airport near Tel Aviv to refuse to participate in the deportation of refugees and immigrants.