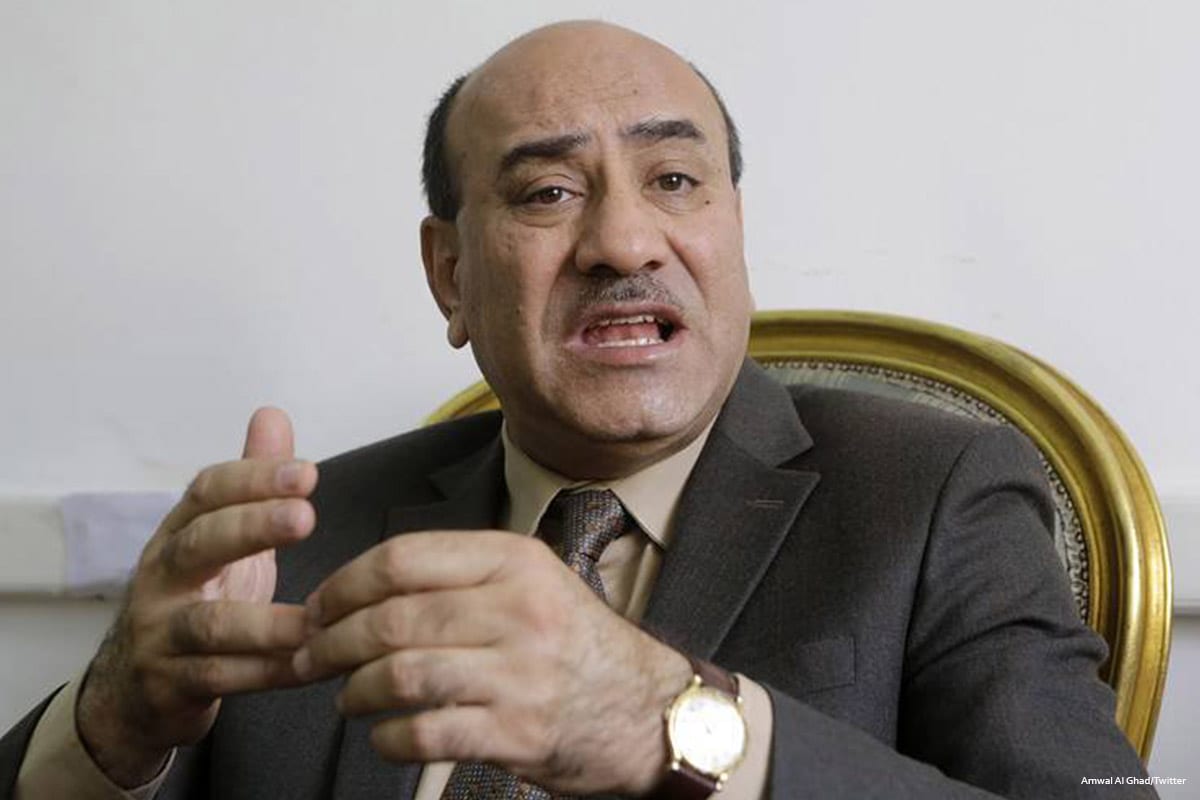 Hisham Geneina's daughter Nada Genena told Reuters by phone that up to 30 policemen came to the family home in Cairo early in the day and took her father away by car.

An interior ministry official said he had no knowledge of the incident.

Geneina had run the short-lived election campaign of former military chief of staff Sami Anan, who was detained last month and accused by the army of running for office without permission, bringing his presidential bid to a halt.

Presidential elections are due to be held in Egypt next month with coup leader and current President Abdel Fattah Al-Sisi expected to have no opponents after officials arrested and silenced those with plans to run against him.

Yesterday, in an interview with Huff Post Arabi, Geneina had warned that Anan may be assassinated in detention in an effort to silence him as he possesses documents which implicate current Egyptian leaders of crimes committed by the military regime since the January 25 revolution.