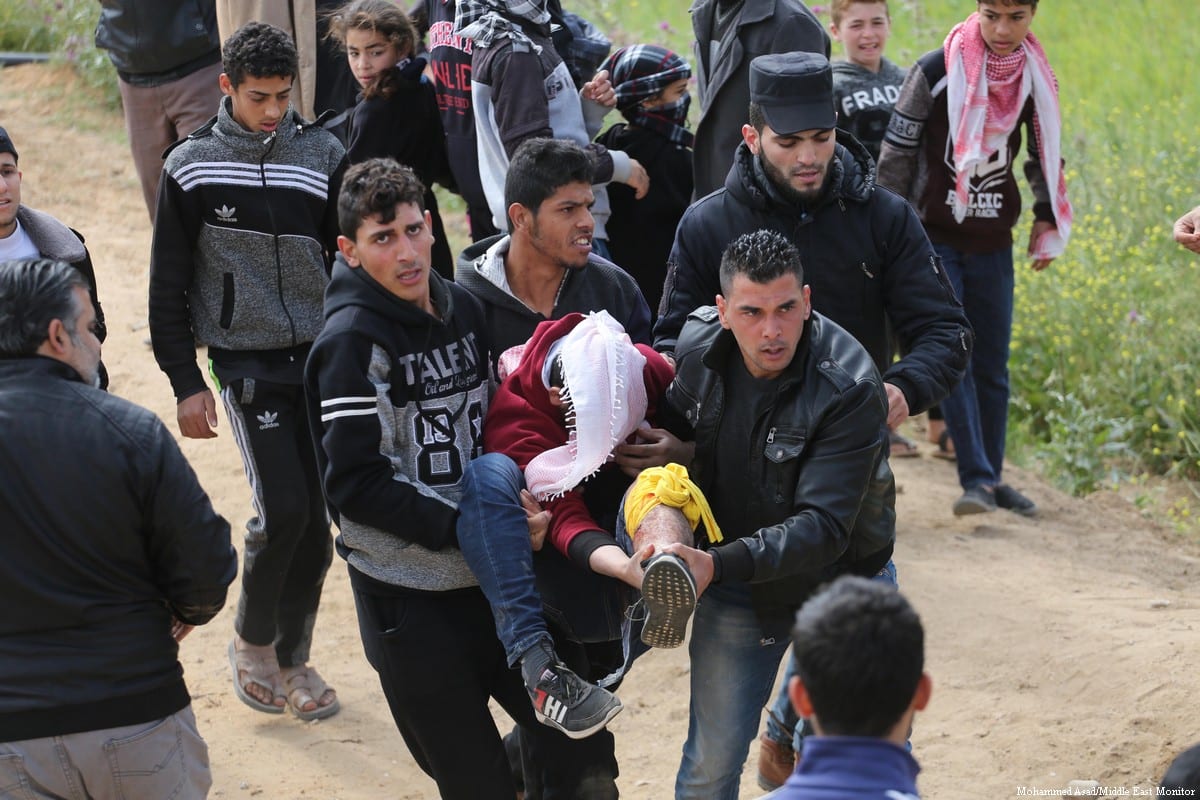 At least 14 Palestinians demonstrators were martyred and 1,500 others injured in the attacks against peaceful demonstrations.
April 1, 2018 at 8:17 am

"My respect goes to the Israeli soldiers who are guarding Israel's borders, allowing Israelis to celebrate the holiday [of Passover] in peace," Netanyahu said in a statement, according to the Israeli daily Haaretz.

"Israel will act firmly and decisively to protect its sovereignty and the security of its citizens," he said in reference to the attacks in which 15 Palestinians were martyred during demonstrations to mark Land Day.

The Great March of Return: An opportunity for Palestinians to return to Najd or is it Sedrot?

Lieberman criticized requests for investigations into the deadly attacks, characterizing those wanting inquiries as illogical.

"I don't understand the chorus of hypocrites that want a commission of inquiry. They are confused and thought Hamas organized the Woodstock festival yesterday and we need to hand out flowers to them," he wrote on Twitter

He said the Palestinian protesters are "members of Hamas" and that Israeli soldiers "prevented" activists linked to Hamas' military wing.

The assessments by Netanyahu and Lieberman have not found support with many in the international community where a number of governments have voiced serious concern following the attacks, including Germany, Iraq and the U.K.

Netanyahu face opposition in the domestic front, too. Left-wing Meretz party's Tamar Zandberg demanded an investigation into what happened Friday in Gaza on Friday and said Palestinians were widely targeted during the demonstrations.

At least 15 Gazans were martyred and hundreds injured when Israeli forces opened fire on the annual Palestinian commemoration of the deaths of six Arab Israeli citizens killed by Israeli forces in 1976, during demonstrations against government land confiscations in northern Israel.

An additional 49 Palestinians were injured Saturday by Israeli gunfire as Palestinians gathered near the border between Israel and the Gaza Strip as part of protests to demand the right of return for Palestinian refugees.

The rallies were the beginning of a six-week protest that culminates May 15 — the day Palestinians call Nakba, or Catastrophe, when Israel was founded.

Demonstrators are demanding Palestinian refugees be allowed the right of return to towns and villages their families fled, or were driven out of, when the Israel was created in 1948.