Remembering the massacre at Deir Yassin 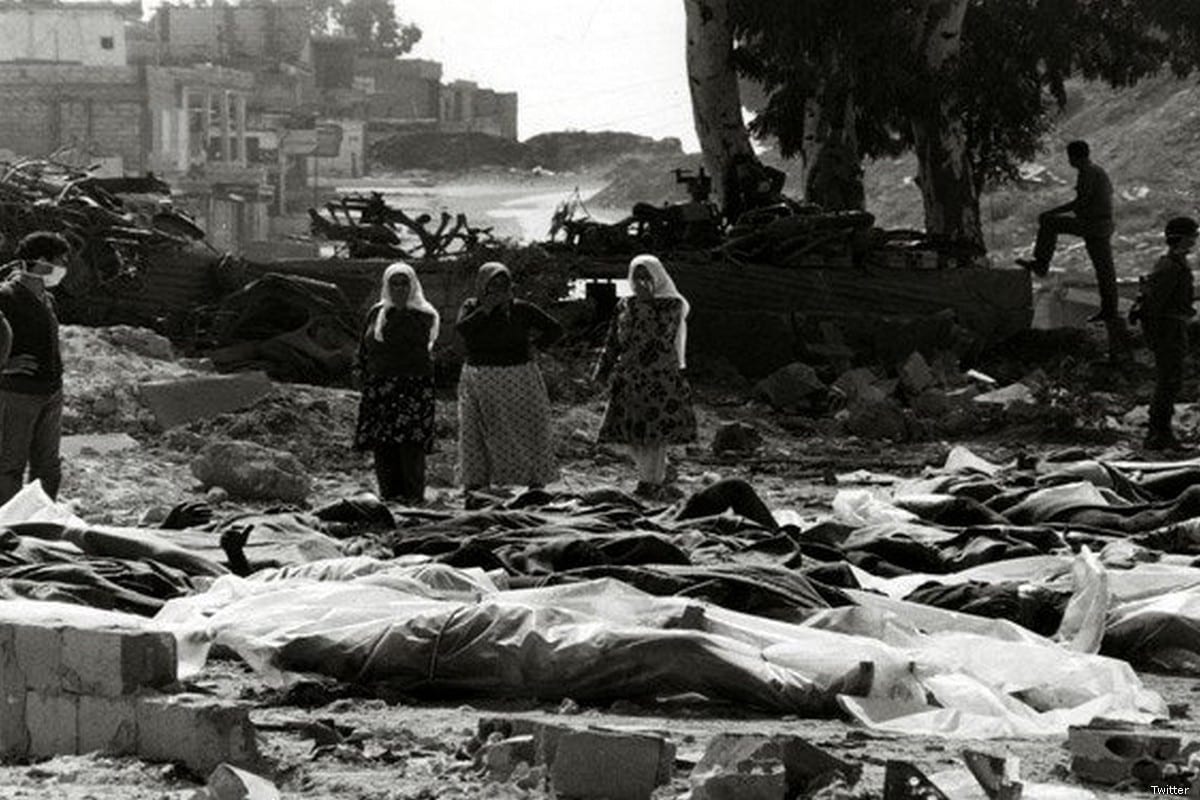 The Deir Yassin massacre took place on April 9, 1948, when around 120 fighters from the Zionist paramilitary groups Irgun and Lehi attacked Deir Yassin, a Palestinian Arab village of roughly 600 people near Jerusalem
Hanaa Hasan
April 9, 2018 at 1:00 pm

On this day 70 years ago, some 120 members of underground Jewish militia groups invaded the Palestinian Arab village of Deir Yassin, killing between 100 and 250 people including men, women, children and the elderly. With reports of mutilations, rapes and survivors being paraded through Jewish neighbourhoods before being summarily executed, the massacre remains one of the most brutal in the history of the Israeli-Palestinian conflict. Seven decades later, Palestinians continue to be killed with apparent impunity, as ongoing events in the Gaza Strip demonstrate.

What: The massacre at Deir Yassin

Where: The village of Deir Yassin on the outskirts of West Jerusalem

The massacre took place against the backdrop of the bitter conflict that preceded the end of the British Mandate in Palestine. Just months before, in November 1947, the UN had proposed the division of Palestine into an Arab state and a Jewish state, with Jerusalem administrated independently of either side by an international body. The Arabs rejected the UN proposal and the conflict became even more intense.

Deir Yassin was a peaceful village of around 400 people that had signed a non-aggression pact and was excluded from clashes elsewhere. Due to its proximity to West Jerusalem, it came under the UN Partition Plan as part of the independent Jerusalem area.

The Jewish forces that invaded Deir Yassin belonged mainly to two extremist, underground, paramilitary groups, the Irgun (National Military Organisation) and the Lehi (Fighters for the Freedom of Israel, also known as the Stern Gang), both of which were aligned with the right-wing Zionist movement; they have been described as "Jewish terrorist" groups. The two groups attacked the village in order to clear the road to Jerusalem of its Arab inhabitants, as well as send a message to the other Palestinians in the region. The Palmach, a unit of the Haganah (the forerunner of the Israel Defence Forces) whose leadership was aligned with the political left, also took part in the massacre to a lesser degree.

The attack force consisted of some 120 fighters, who met for a briefing on the morning before the massacre. Those present later described the atmosphere among the militants as festive, as they prepared to massacre Palestinians in their homes. They arrived at the edge of the village at 4:30am, where they took up positions and started firing at residents. Whilst the Jewish groups had expected the Palestinians to flee, the residents did not foresee the attack to be an attempt to kill them or drive them all away; they thought that it was just a raid, and refused to run.

The militias entered the village, shooting at those in the street and throwing hand grenades into houses, destroying buildings and killing the residents who were hiding inside. Eyewitnesses, including fighters from the Haganah, testified to seeing Irgun and Lehi troops pillaging houses and corpses, stealing money and jewellery from the survivors, and burning corpses. There were also multiple reports of rape and mutilation, as well as an account that villagers were killed after being taken on a victory parade through Jewish neighbourhoods in West Jerusalem.

The Arab emergency committee in Jerusalem learned of the attack at around 9am on the same day. Despite appealing for the British Army to intervene to protect civilians, the British Mandate authorities were not keen to face the Jewish militias; General Sir Gordon MacMillan, the commander of British forces in Palestine, stated infamously that he would risk British lives only for British interests.

Two days after the massacre, Jacques de Reynier, head of the International Committee of the Red Cross delegation in Palestine, visited Deir Yassin. In his personal memoirs, published in 1950, he recalled seeing the bodies of over 200 dead men, women and children: "[One body was] a woman who must have been eight months pregnant, hit in the stomach, with powder burns on her dress indicating she'd been shot point-blank."

On 14 April, Assistant Inspector-General Richard Catling of the British Palestine Police, conducted interviews with female survivors of the massacre taking refuge in the nearby Palestinian town of Silwan. In a subsequent report he concluded that there was "no doubt" that the Jewish groups had committed numerous sexual atrocities against the villagers.

"Many young schoolgirls were raped and later slaughtered. Old women were also molested. One story is current concerning a case in which a young girl was literally torn in two. Many infants were also butchered and killed. I also saw one old woman who gave her age as one hundred and four who had been severely beaten about the head with rifle butts."

News of the indiscriminate killings sparked terror among Palestinians, causing many to flee from their towns and villages in the face of Jewish advances. With the news of other atrocities in Haifa and Yaffa, public anger in the Arab world rose to new heights over the following month as they demanded that their governments should take action. Consequently, on 15 May 1948, one day after the British Mandate ended and Israel declared its independence, several Arab armies invaded and the 1948 Arab-Israeli war began.

After the war ended in 1949, the Jewish neighbourhood of Giyat Shaul Bet was built on what used to be Deir Yassin, despite protests and requests that it be left uninhabited. Today, it is part of Har Nof, an Orthodox Jewish area.

Although the two main groups responsible for the massacre were considered underground, extremist militias, both of their leaders, Menachem Begin of the Irgun and Yitzhak Shamir of the Stern Gang, later became Prime Minister of the state of Israel.

Today, Israel continues to kill Palestinians with apparent impunity; outrage from the international community is generally limited to condemnations on global platforms. As the Palestinians mark 70 years since the Nakba ("Catastrophe", the creation of Israel in Palestine) next month, the lives and rights of those in the West Bank and Gaza Strip continue to be trampled upon, with millions across the world denied their legitimate right to return to their homes. The massacre at Deir Yassin is a reminder of the inhumanity and brutality at the heart of the ongoing occupation and refugee crisis.