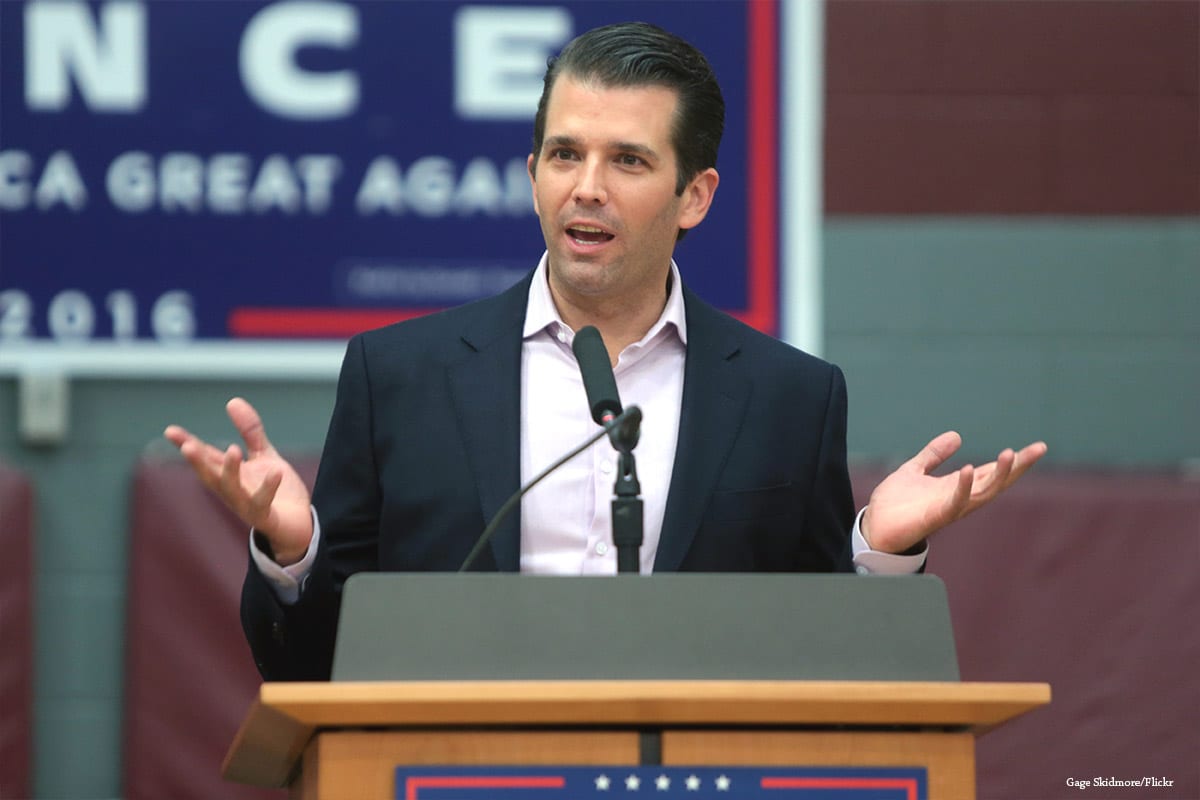 Donald Trump, Jr., the US president's eldest son, met in August 2016 with an envoy representing the crown princes of United Arab Emirates and Saudi Arabia who offered help to the Trump presidential campaign, the New York Times reported on Saturday.

The newspaper said the meeting, held on August 3, 2016, was arranged by Erik Prince, the founder and former head of private military contractor Blackwater, who also attended the meeting. Joel Zamel, a co-founder of an Israeli consulting firm, also attended.

A company connected to Zamel also worked on a proposal for a "covert multimillion-dollar online manipulation campaign" to help Trump, utilising thousands of fake social media accounts, the report said.

The envoy, Lebanese-American businessman George Nader, told Trump, Jr. that the crown princes of Saudi Arabia and the UAE were eager to help his father win the 2016 presidential election, the report said.

The Saudi and UAE embassies in Washington did not immediately respond to requests for comment.

The Wall Street Journal last month reported that investigators working for special counsel Robert Mueller had met with Zamel, and that Mueller's team was looking into his firm's work and his relationship with Nader.

Mueller is investigating whether Russia meddled in the presidential election and if Moscow colluded with the Trump campaign, as well as whether Trump committed obstruction of justice by trying to thwart the US Department of Justice probe.

Trump has denied any collusion with Russia and has called the Mueller investigation a "witch hunt."

The New York Times report said the meetings are an indication that other countries besides Russia may have offered help to Trump's presidential campaign. Mueller's investigators have questioned witnesses in Washington, New York, Atlanta, Tel Aviv and elsewhere regarding possible foreign help to the campaign, the report said.

Peter Carr, a spokesman for Mueller's team, declined to comment on the report.

Kathryn Ruemmler, Nader's lawyer, told the paper that her client "has fully cooperated with the US special counsel's investigation and will continue to do so."

Erik Prince, who is also the brother of US Education Secretary Betsy DeVos, could not be immediately reached for comment.