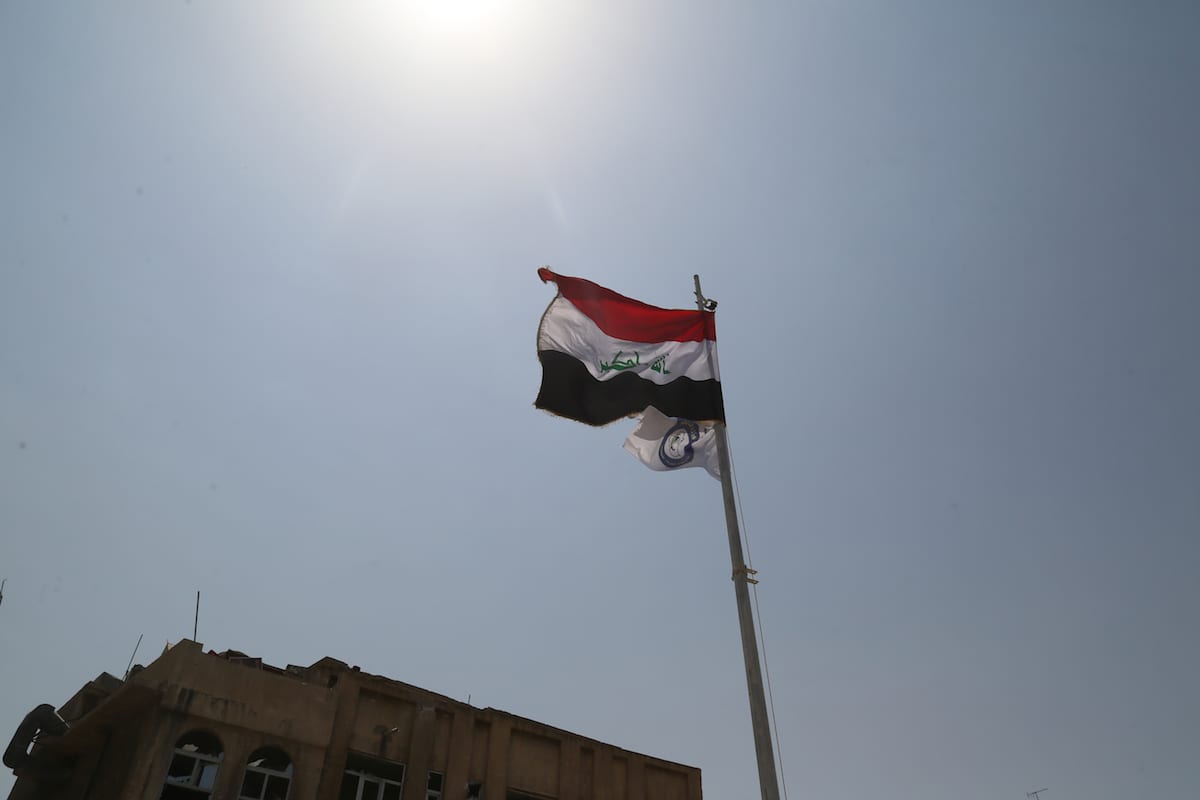 Daily reminders of Iraq's tragic state of affairs are brought up across online spaces daily. The trending video of a dishdasha-clad Iraqi citizen, wading through what is left of the River Tigris – which is now ankle-deep – is just the latest. It shows, for the first time in contemporary history, people crossing the Tigris on foot.

The media's spotlight, while permanently fixed on Iraq's politics, has illuminated very little about the looming water scarcity crisis in the country. Iraq shares 70 of its water resources with Turkey. The headwaters of both the River Euphrates and Tigris are on Turkish land, waters Turkey has continued to harness.

Only two days after the filling of the Ilisu Dam reservoir resumed, Turkey halted its decision in response to official complaints lodged by Iraqi politicians and water planners. The decision was announced over Twitter by Turkey's ambassador to Baghdad, Fatih Yildiz, to allow Iraq the time to replenish its rivers. A day later on 3 June an emergency parliamentary meeting was held following outpourings of panic, followed by a consultancy session hosted by parliament on 6 June.

The postponement is not the first but Turkey's second attempt to win favour by exercising the myth of 'water diplomacy'. Yildiz laid emphasis on working together with their Iraqi counterpart to ease resource scarcity. Similar moves in the past suggest that Turkey, while away from the distributional impact of dam construction, is unwilling to abandon the fruits that it promises; jobs, enhanced water supplies and prosperity. Ilisu Dam, promises to supply a quarter of Turkey's electricity by the time it's completed, while wilfully ignoring the entrenched vulnerability it causes Iraq.

Some officials hold the Turkish government solely culpable for the drastic drop of Iraq's water levels, while others have openly called for punitive measures against it.

Leader of the Islamic Supreme Council breakaway Hikma party, Ammar Al-Hakim, called for a boycott of Turkish goods and urged the government to activate all diplomatic channels to address and formulate new laws that define the water rights of the countries concerned.

Iraq's Water Resources Minister Hassan Al-Janabi and President Fuad Masum, emphasised the need to press for joint negotiations with Turkey, Iran and Syria to agree on each's "fair share" of water. Leader of the victorious Saeroun alliance proposed a three point plan starting with a congregation between the Tigris Basin countries, while also calling on the government to reallocate funds to address the immediate effects.

While Janabi and others call for open dialogue, their moves amount to political placation in the form of concessions which deny the country its right to water autonomy. Others have demanded firm action against their Turkish neighbour that is not sorry for pursuing a developmental agenda but keen to 'assist' Iraq.

Vague catch-terms, as such, alongside futuristic upstream irrigation projects, have only fuelled apocalyptic fears of prolonged drought.

Read: Optimism fades as election results in Iraq are annulled

As Turkey defends its modernist schemes, Iran has also batted down accusations of interrupting the water flow from Lower Zab last week. Iranian ambassador to Sulaymaniyah Saadallah Masudian promised that the flow of water from Zab will remain steady, after images of dead fish floating to the surface of the small river spread across social media. Accusations of severing water supplies to the Kurdistan Region of Iraq were levelled against Iran which it defended itself against. Over the last year, shortages in and around Pshdar, on the border with Iran, have been more noticeable than in previous years.

Iraqi Vice-President Ayad Allawi has called for an emergency convention "that includes all parties concerned" with the aim, he says, of "preserving the source of life" in Iraq.

Iraq's own marshy wetlands in the south have been hit hard. Locally-based agricultural organisations in Dhi Qar have warned about the potential risk of displacement for farming communities that dot the marshes if the river dries up further.

The government is walking a dangerous tightrope, but the clock is ticking, and a decision must be made. Iraq must fight to preserve its water autonomy but the choice to relinquish control of Iraq's second most important resource, second to oil, must also be fought.