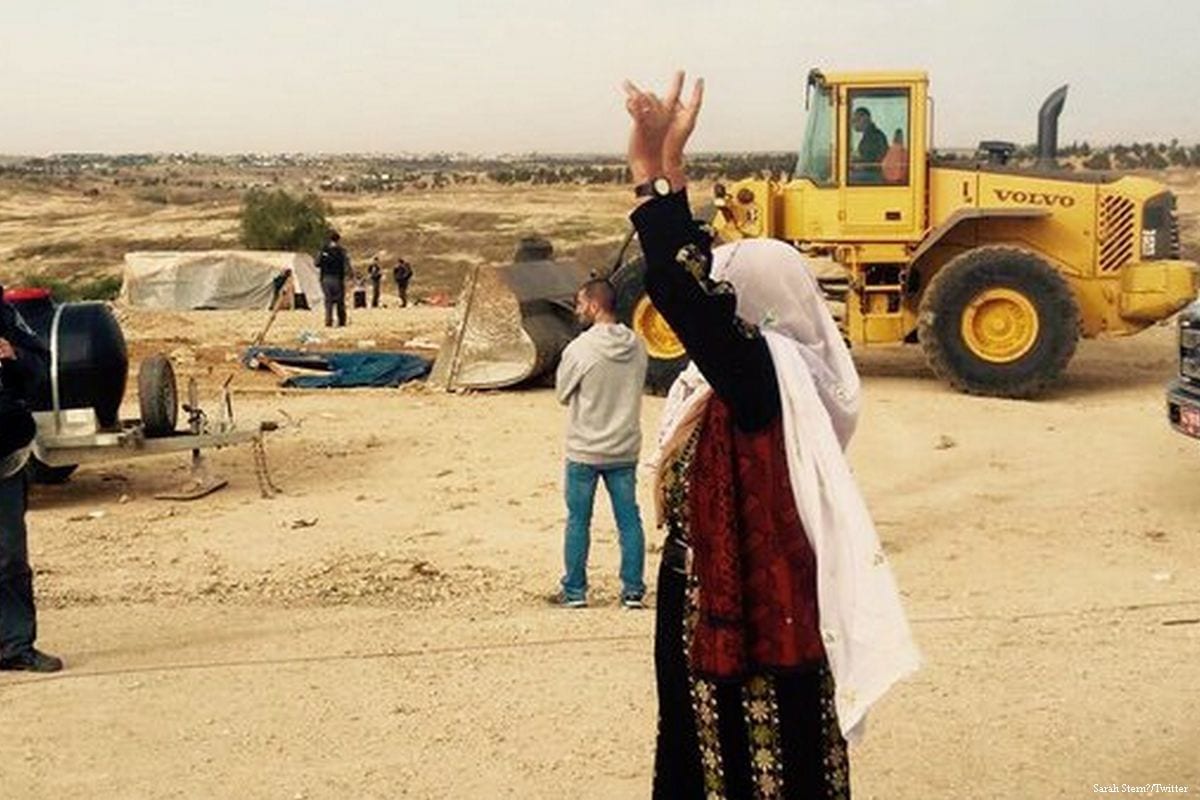 Israeli occupation forces last night declared the Khan Al-Ahmar Bedouin community a closed military zone and gave its residents until Friday to evacuate the area before it is demolished in preparation for a Jewish settlement to be built in its place.

According to Walid Assaf, head of the popular committee to resist Israel's separation wall and settlement activities, Israeli troops stormed Khan Al-Ahmar and notified residents of the military's decision to close its roads.

Last year Israeli authorities informed the High Court that they plan to seize the land where the community is located and displace its residents, although the land is registered as owned by Palestinian citizens from the nearby town of Anata.

Last May 24, following a long-running legal battle, Israeli judges at the high court allowed the civil administration to go ahead with the demolition of the community's homes and sole school at the pretext of unlicensed construction and to forcibly evacuate their residents to an area near the Abu Dis garbage dump.

Israel's Supreme Court the demolition the go ahead in May despite pleas from EU governments.

The residents of Khan Al-Ahmar, known as Al-Jahhalin Bedouins, are refugees from the Negev desert who have lived in the area south of Jerusalem since their displacement by the Israeli army in 1967.

Israel has refused to recognise Al-Jahhalin Bedouin communities or grant them building permits.