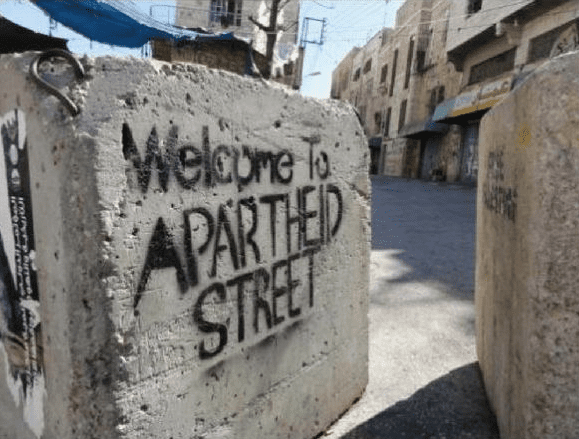 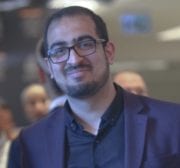 Since the first Zionist conference in Basel 1897 it has been announced that "Zionism seeks to establish a national home for the Jewish people on the land of Israel", and despite the Declaration of Independence stating the establishment of a "Jewish state on the land of Israel", the right-wing of Israel wasted no opportunity to reinforce and re-emphasise this idea and make sure it is fully applied.

The notorious and controversial law passed last week but reinforced the discrimination, ethnocracy and apartheid status of Israel. The new law declared that Israel is a national state for Jews all over the world and put the Jewishness of the state ahead of its democracy, reduced the status of not only the Arabic language but of the 20 per cent of the Palestinian population of Israel to second class citizens.

This was not the only attempt to pass the law. It has failed many times as even the right-wing Likud realised the PR damage it could cause to the image of Israel and make the job of Hasbara and Ministry of Strategic Affair (the international propaganda machines of Israel) more difficult. However, this time it has been successfully passed in the Knesset.

The right-wing Israeli lawmakers were quite aware of the PR damage this bill would cause them, yet they kept trying to pass it in the Knesset (toning it down so others would join) until it was approved in the last vote.

No doubt they are hoping to gain more than the damage they made by blocking any future attempts to reach a one-state solution (with a one democratic state solution, or a bi-ethnic/bi-national state solution) where they would have to "concede" some territory to the "Arabs" (the Palestinians of 1948 whose existence they do not seek to recognise).

On the other hand, the decision is not just about getting rid of the Palestinian people. The Jewishness of the state became a matter of political inducement among the parties. The more Jewish you sound, the more votes you get, and to make it worse; the more right-wing you sound, the more votes you gain. This formula made even the left (with the exception of the far left party Meretz) shy in its "rejection" of the law.

In one way or another, the law also carries with it aspects of the religious-secularist rift within Israel. Since the very beginning, religious Jews (particularly the Sephardim and Haredim) have been marginalised as they tired to push for a more Jewish way of life in Israel. This is manifested in the holidays, Saturday breaks among other things. This law would reinforce the claims of this section of Israel.

This law is no less than an "effectively self-declaration of Israel as an Apartheid State." It has legitimised segregation and discrimination not just against Palestinians in the occupied West Bank and Gaza, but against the Palestinian citizens of Israel and Druze communities who have historically fought for Israel. Their language has been degraded, their identity has been legally made alien to the land they own. Palestinian citizens of Israel are effectively second-class citizens from now on in the ethnocracy of Israel, while those living in West Bank and Gaza will continue to live with no political rights. The solution implied by the new law is simple; Leave or die!

What is more dangerous in this law is that it blocks any prospects for a political solution as the government cannot negotiate on what the Knesset has legally officiated. The legislative power lies in the Parliament, i.e. Knesset, and the executive can only maneuver around what the Knesset has ordained when negotiating with the Palestinians.

Generally speaking, the new law has officially legalised the status quo. The settlements, East Jerusalem, the systematic discrimination has all become the LAW! It has effectively made Israel an ethnocracy and an apartheid state by law as it is by practice.

There are many discriminatory laws that will be reinforced by this law, namely; the Israel Lands (1960) depriving the Palestinians of the right to acquire and lease lands, the Absentees' Property Law (1950) negating the Palestinians' right to return to homes and properties, the 'breach of loyalty law' (2018) revoking the residency of thousands of Palestinians in Jerusalem, the Ban on Family Unification (2003) preventing Palestinian families' uniting, and the Nakba Law (2011) prohibiting Palestinians of Israel from commemorating Nakba Day. To mention but a few.

The ill-treatment, discrimination on a legal, bureaucratic and even social level will take a step forward in making Israel a state no better than the 20th century's authoritarian states!

The new law might not just increase the discrimination, but (I hope I am wrong) might re-define the struggle as a religious one, and yes the Knesset is the one to blame. Those who care for peace and justice should strive to prevent this from happening and re-define the struggle in the correct terminology; a colonial struggle between the colonised and the colonisers. Those who want freedom, political and civil rights, and those who want to suck the blood and resources of the physically and organisationally weaker, and want them either dead or absent.

The new law leaves no room for the one-state solution, not to mentioned the technically dead two-state solution due to the settlements and land confiscation policy. Unfortunately, Israel left no way forward for any of the two solutions.

Israel's delusional megalomania and grandeur will lead it to become a burden on its allies and the monster that it is in the eyes of the world sooner or later. Then, and only then, might Israel look in the mirror and think of acting decently.

As for the Palestinians and supporters of the Palestinian right, following the steps taken to end the injustice in South Africa seems a good way forward.