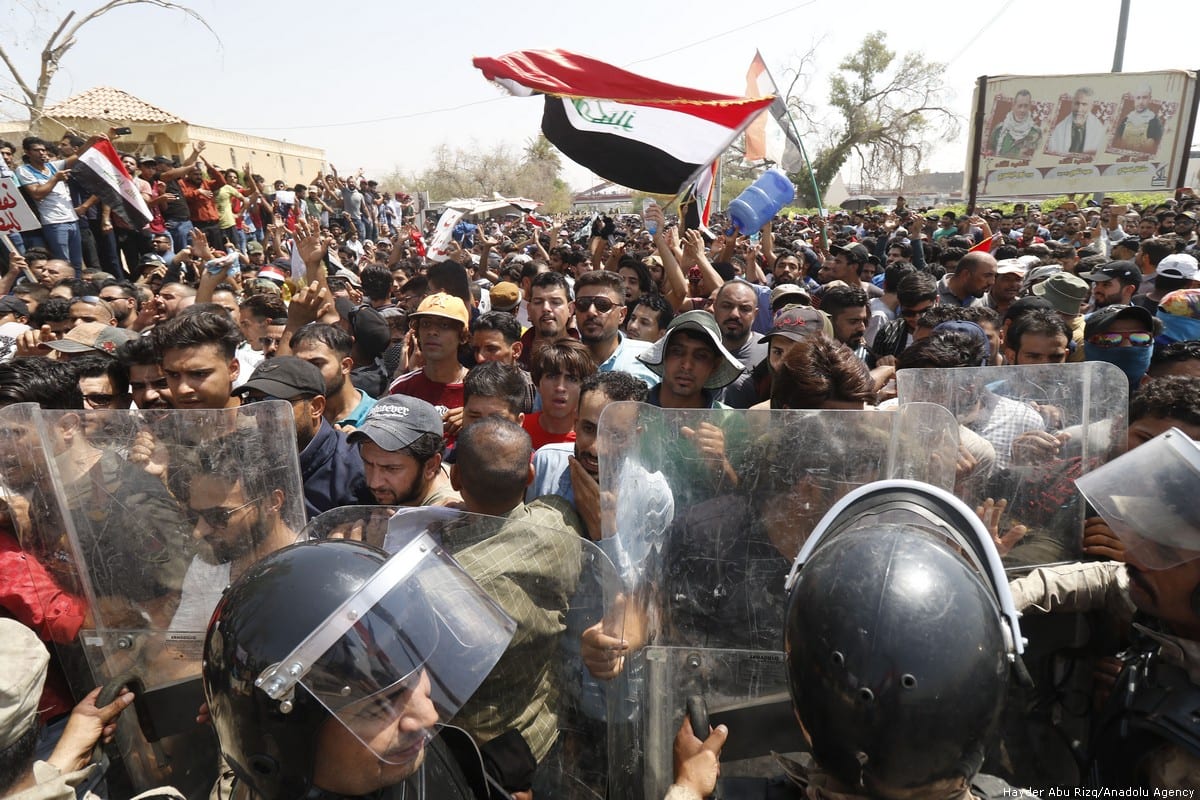 Demonstrations in Iraq's southern province of Basra are continuing a month after they started, protesters are demanding access to jobs and basic services.

According to local sources, hundreds of Iraqis took to the streets at the entrance of the Bargesia oilfield in Basra's western village of Zubair yesterday.

The sources told Al-Araby Al-Jadeed that the protesters called on the local authorities and the Iraqi government in Baghdad to "immediate action towards employing the city locals instead of the foreign workers who earn good salaries."

On Tuesday, Iraqi troops forcibly dispersed a days-long sit-in that was being held outside the same oilfield.

Popular protests erupted in Iraq's southern provinces last month and have since spread to capital Baghdad.