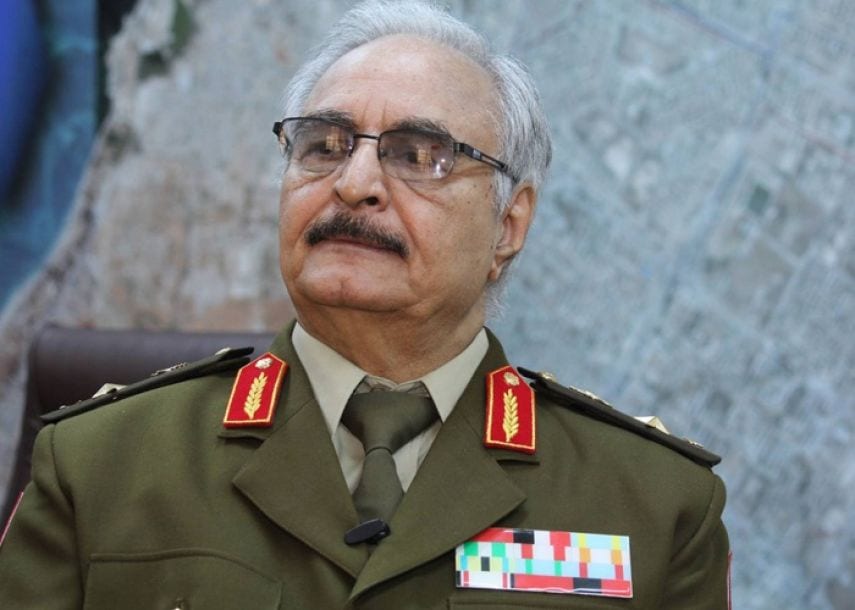 The Tunisian authorities have decided to return Russian military equipment which was seized en route to the renegade Libyan General Khalifa Haftar, Almesryoon.com reported on Friday. The goods were discovered when a Panamanian-registered ship called into the Tunisian port of Sfax for repairs.

Customs officers checked the 24 containers on board and found military equipment including 66 vehicles. Monitors estimated that there was enough to equip 300 troops. According to security sources, the ship's owner pledged to pay the cost of returning the equipment to Russia.

Officials on board the vessel denied that it was carrying military equipment. The containers, they explained, were sealed by the Russians and were heading for Cameroon.

Media in Libya have reported that Haftar is described by many Libyans as "Russia's hand" in the country. The ship's original destination, they said, was Benghazi.

Haftar is backed by Russia, Egypt and the United Arab Emirates. Reports have claimed that he has asked Russia to build a military base in the country, but his spokesman denied this.