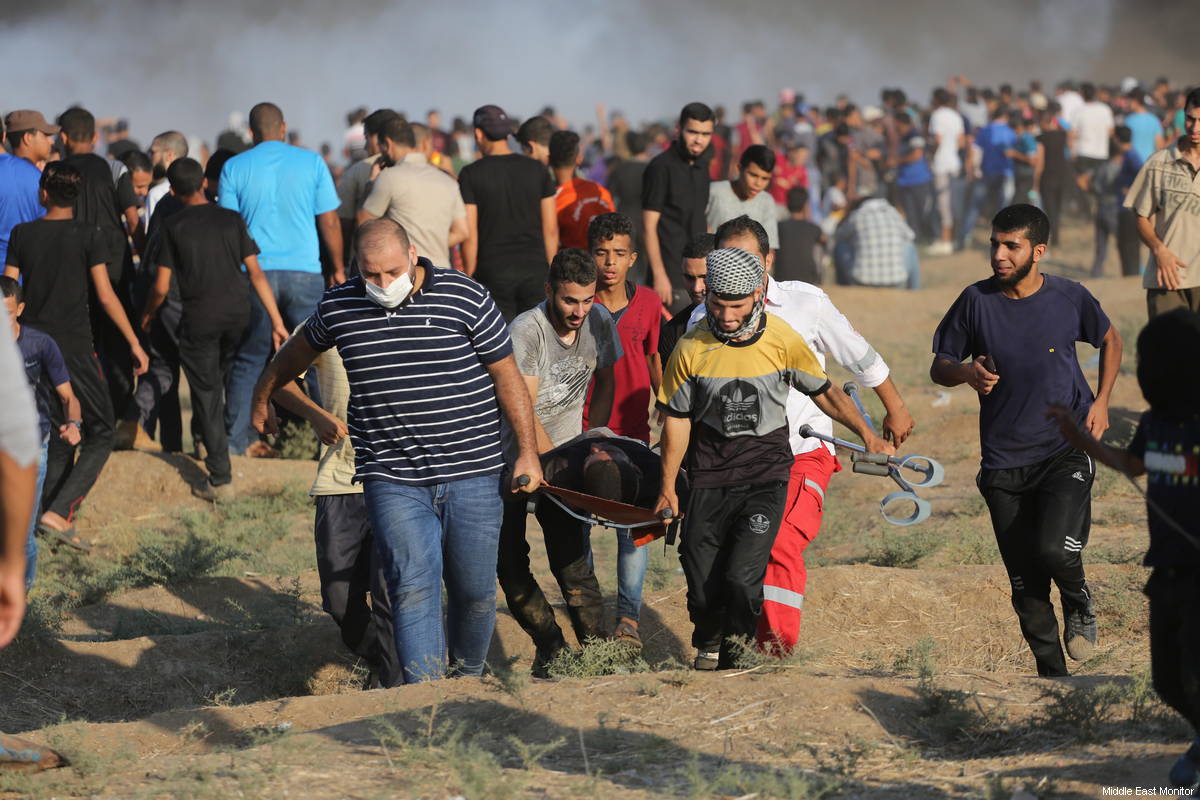 The Great Return March protests in the Gaza Strip have provided the foundations for Palestinians from which they can articulate their demands, away from the political bickering, opportunism and exploitation which has rendered the people dependent solely on their own determination to survive.

Since 30 March, they have not only exhibited their determination to persist in having their right of return acknowledged and implemented, but also exposed the divide between Palestinian aspirations and the international community's misrepresentation of Palestinian demands. Two recent statements by UN officials testify to the international community's refusal to recognise the latter.

The UN Office for the Coordination of Humanitarian Affairs in the occupied Palestinian territory (OCHA) has diluted the ongoing Palestinian protests to a reflection over "increasing frustration over worsening conditions of daily life and the continued deprivation of basic human rights, alongside the lack of a political process." It also called upon Israelis to "ensure that their use of force is in line with their obligations under international law."

Adalah's latest statement denouncing Israel's sniper fire notes that since the Or Commission of Inquiry, which refuted sniper fire and live ammunition as the means to disperse crowds, there has been no change in Israel's policy. A petition filed by Adalah and Al-Mezan Centre for Human Rights last April was rejected by Israel's Supreme Court.

To mark the International Day of Non-Violence, UN Secretary General Antonio Guterres called for the implementation of Gandhi's non-violent approach. "At the United Nations," he explained, "a world free of violence – and the resolution of differences through non-violent means – is at the core of our work."

Both UN statements are replete with omissions. OCHA's focus on preventing "further deterioration and loss of life" is an inconclusive means which allows Israel the impunity to kill and injure Palestinians unhindered. Furthermore, the insistence upon determining deprivation as the motivator for the ongoing protests reflects the UN's insistence upon showcasing Palestinians within the parameters decided by the international community. The prime factor of Palestinians' deprivation is actually the colonisation of their land. What happened, and continues to happen, in the aftermath of the Nakba, are all ramifications of the initial and ongoing ethnic cleansing process. OCHA's statement serves the structure of its organisation and aims, but it is far from an accurate representation of the Palestinians' situation.

Likewise, Guterres's statement on non-violence is merely a reflection of the dominant hegemony imposing the requisites of non-violence upon the oppressed populations. If Gandhi proved that non-violence can change history, the UN is proof that exploiting the concept of non-violence is the organisation's preferred method of imposing obligations upon populations which do not have the means of resisting various forms of oppression, including colonial and military violence. It is time for the UN to end its charades of "international days…" which, after all, merely pay lip service to causes and issues instead of establishing accountability and an end to states being able to act with impunity.

Whatever means of resistance Palestinians decide to use, it is not up to the UN to regulate to determine their choice. Unlike human rights violations, which are unequivocally against international law, resistance by all means available is legitimate for the colonised in their struggle for liberation. The UN facilitated the colonisation of Palestine. Demanding Palestinian subjugation to an international narrative that enables the organisation to continue its bureaucratic work is beyond arrogance.