UN: Over 700 Israel obstacles to Palestinian movement in West Bank 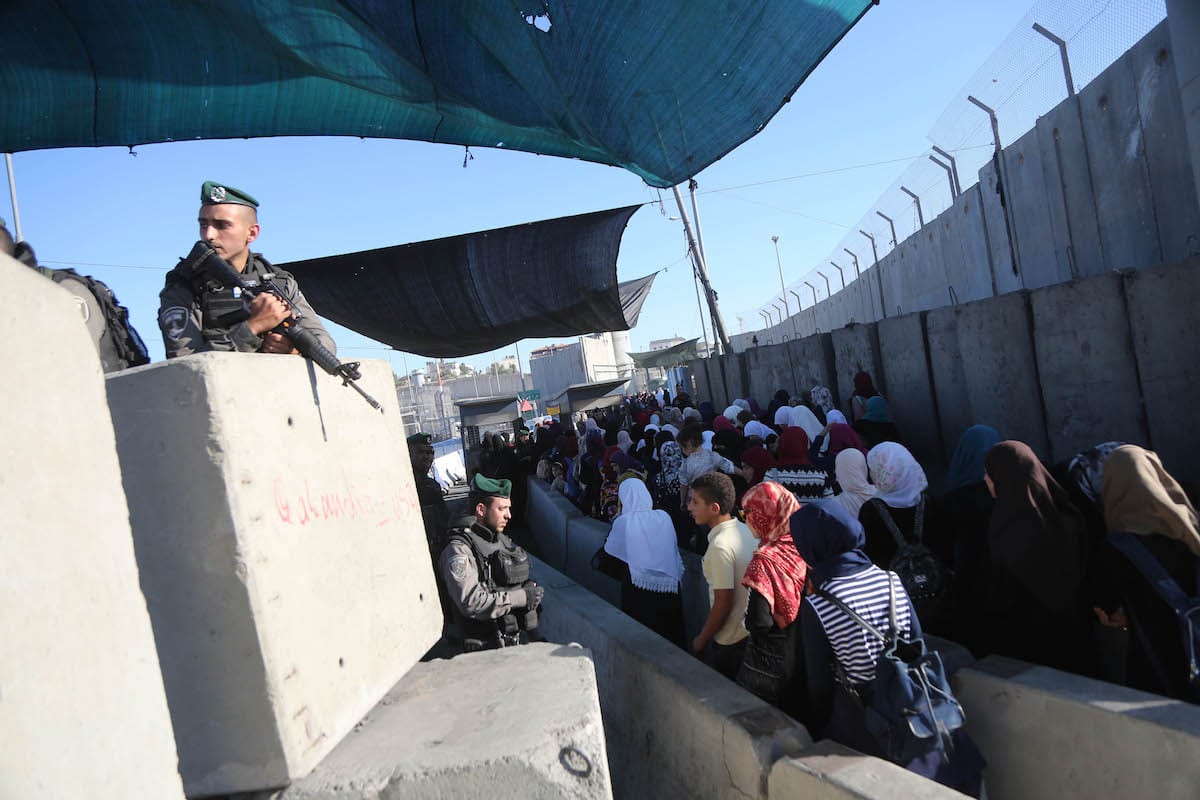 Palestinians try to pass through the Qalandiya checkpoint from Ramallah into Jerusalem to spend the Laylat Al-Qadr at the Al-Aqsa Mosque in Ramallah, West Bank on 21 June, 2017 [Issam Rimawi/Anadolu Agency]
October 9, 2018 at 1:33 pm

There are more than 700 obstacles to Palestinian movement across the West Bank imposed by Israeli occupation authorities, according to the findings of new research by the United Nations.

According to the comprehensive survey, conducted by UN OCHA in July, there are 705 permanent obstacles across the West Bank "restricting or controlling Palestinian vehicular, and in some cases pedestrian, movement".

UN OCHA noted that "this figure is three per cent higher than in December 2016, the date of the previous survey". The largest net increase was recorded in the Ramallah governorate, with a total of 15 additional obstacles.

The obstacles include "140 fully or occasionally-staffed checkpoints, 165 unstaffed road gates (of which nearly half are normally closed), 149 earth mounds and 251 other unstaffed obstacles (roadblocks, trenches, earth walls, etc)."

While all the 140 checkpoints include permanent infrastructure, only 64 of them are permanently staffed by Israeli occupation forces: 32 located along the Separation Wall or on roads leading to Israel, 20 in the Israeli-controlled area of Hebron city (H2), and the other 12 elsewhere in the West Bank.

UN OCHA noted that "the other 76 (partial) checkpoints are either occasionally staffed or have security personnel located in a tower rather than on the ground."

UNRWA concerned about Israel plan to stop its work in Jerusalem

In addition to the obstacles recorded by UN OCHA, the agency noted that between January 2017 and the end of July 2018, Israeli occupation forces employed an additional 4,924 ad-hoc "flying" checkpoints, or nearly 60 a week.

"These involve the deployment of Israeli forces for several hours on a given road for the purpose of stopping and checking Palestinian drivers and vehicles, but without any permanent physical infrastructure on the ground," the report explained.

UN OCHA also detailed how the Israeli military "has blocked vehicle access to the main entrances of Palestinian localities from which stones have been thrown at Israeli vehicles or where the homes are located of the perpetrators or suspected perpetrators of attacks against Israelis."

Since January 2017, UN OCHA has documented 93 such incidents of collective punishment, affecting a total of 30 Palestinian communities. The closures may last "for a few days to a number of weeks", with a "disproportionate impact on children, the elderly and disabled people".

The UN agency added that "road obstacles are an integral component of a broader system of access restrictions, citing security reasons, that impedes the movement of Palestinians within the West Bank and contributes to geographical fragmentation."

This sytem includes: the Wall (85 per cent of which lies inside the West Bank); permit requirements for West Bank ID holders seeking to enter occupied East Jerusalem; "prohibitions or restrictions on the use of 400 kilometres of roads serving Israeli settlers almost exclusively"; access closed to some 20 per cent of West Bank land designated "firing zones" or "border buffer ones"; access closed to "over 10 per cent of West Bank land located within the municipal boundaries of Israeli settlements".