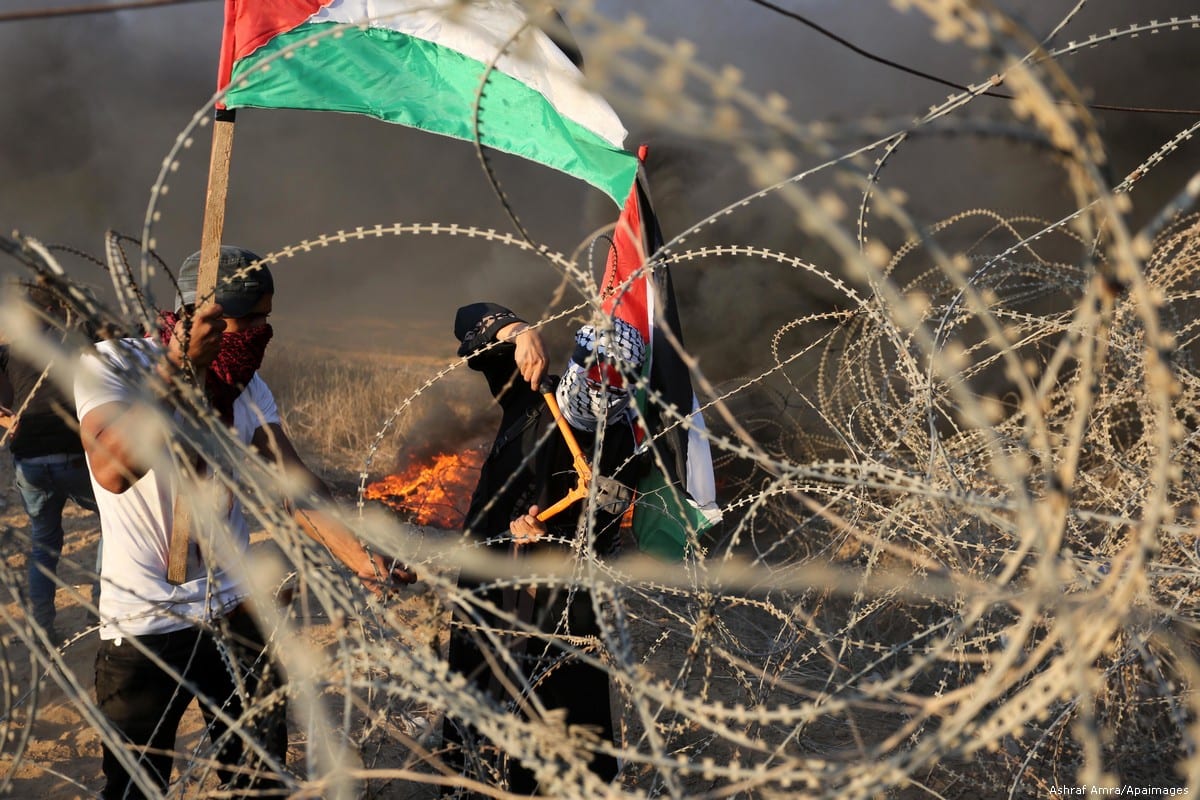 Palestinian protesters are seen at the Israel-Gaza fence during the Great March of Return on 12 October 2018 [Ashraf Amra/Apaimages]
October 16, 2018 at 10:46 am

Hamas yesterday called on Israel to end its 11-year siege on the Gaza Strip instead of launching "empty threats" and "creating more crises".

"Hamas lauds the legendary Palestinians participating in the protests of the Great March of Return, aiming to restore their rights and achieve their legitimate demands, above all of which is living a decent life in dignity and ending the Israeli siege on Gaza," a statement published on Hamas' website said.

The statement added: "The Israeli threats do not deter the Palestinian people, nor do they break their will. Rather, they motivate the Palestinians to continue the popular peaceful protests along Gaza's eastern side."

"The Israeli occupation should have met the legitimate demands of the Palestinian non-violent protesters and lifted its siege instead of continuing to launch empty threats and creating more crises."