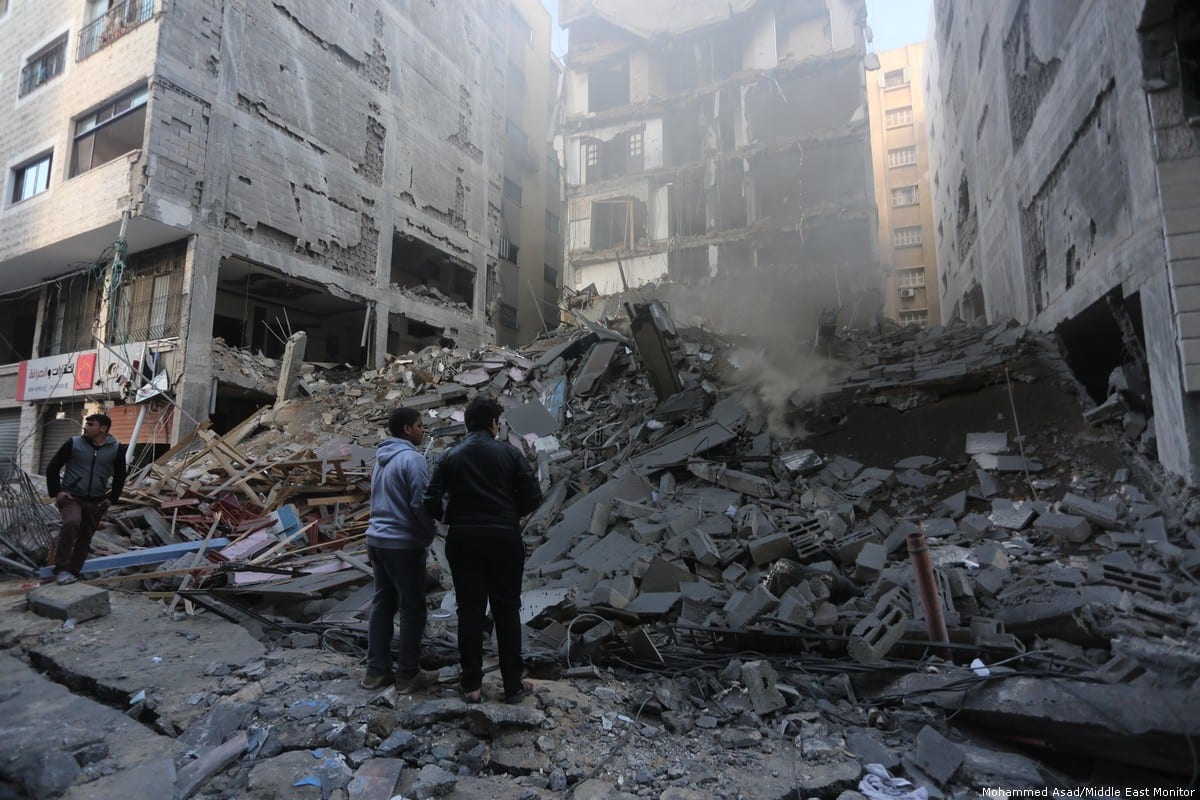 A Washington Post editorial sums up the mainstream aftermath of Israeli aggression against Gaza. Israeli Prime Minister Benjamin Netanyahu is credited with purportedly "choosing peace" in the enclave: "The ceasefire and humanitarian respite that Mr Netanyahu has accepted are far better than another war." The Post is wrong. Netanyahu has not chosen peace; he has opted for opportunistic political engagement to safeguard his interests while knowing that whatever decision is taken, Palestinians will remain at a political and humanitarian disadvantage.

Despite claims to the contrary, there is no indication of any humanitarian respite through Netanyahu's decision. EuroMed Monitor's analysis of the recent bombing of Gaza shows that nine residential buildings were destroyed and 80 other houses were affected directly, resulting in the displacement of 100 Palestinian families in the besieged Gaza Strip.

Last April, the UN Office for the Coordination of Humanitarian Affairs in the occupied Palestinian territories revealed that more than 22,000 civilians in Gaza remained displaced following Israel's military offensive Operation Protective Edge in 2014. Every act of Israeli aggression against the enclave has contributed to the forced internal displacement of Palestinian families.

There is no humanitarian relief in any form of displacement. In this case, while the ceasefire obviously postponed even more destruction, it also contributed to the normalisation of forced displacement. The families displaced by Israel within just 24 hours this week have no visibility in terms of humanitarian relief, not least because their plight is shared by almost the entire population, if one takes into consideration the fact that most Palestinians in Gaza are long-term refugees from the 1948 Nakba. Despite this, contemporary discourse about forced displacement is always tied to latest events. The historical forced displacement that altered Gaza has long since been forgotten by the international community which speaks of the enclave as an aberration. It is only within the Palestinian narrative that refugees are at the forefront due to shared experiences and memory.

Once the definitions depart from the source, there is ongoing fragmentation of the displaced population depending upon the aggression. Conversely, Palestinian refugees are also marginalised collectively in terms of visibility. Four years ago, the UN was speaking about meeting the needs of the displaced Palestinians in Gaza and setting up mechanisms which shifted control back to Israel to determine the pace of building new dwellings.

This time, however, the perpetual exposure and exploitation of Gaza's humanitarian situation will take precedence. The recently displaced families will be woven into a discourse of "additional hardships" and their plight, like that of other Palestinians, paraded as one of the reasons why control of the enclave should be entrusted to the Palestinian Authority in Ramallah. Such an agreement would not solve the political and humanitarian problem of the displaced families but it would provide the foundations to constrain any possible solution within the so-called international efforts at peace building.

There is a major problem with relying upon international organisations, in particular the UN, to determine the parameters of Gaza's situation. Israel is blatantly pushing those parameters and the international community acquiesces to its violations. In doing so, global bodies lower their human rights standards while simultaneously being complicit in the abuses of the very rights which they claim to uphold.

Read: The end of a reckless Israeli jaunt in Gaza