Activist: Bin Salman asked for Khashoggi's fingers to be brought to Riyadh 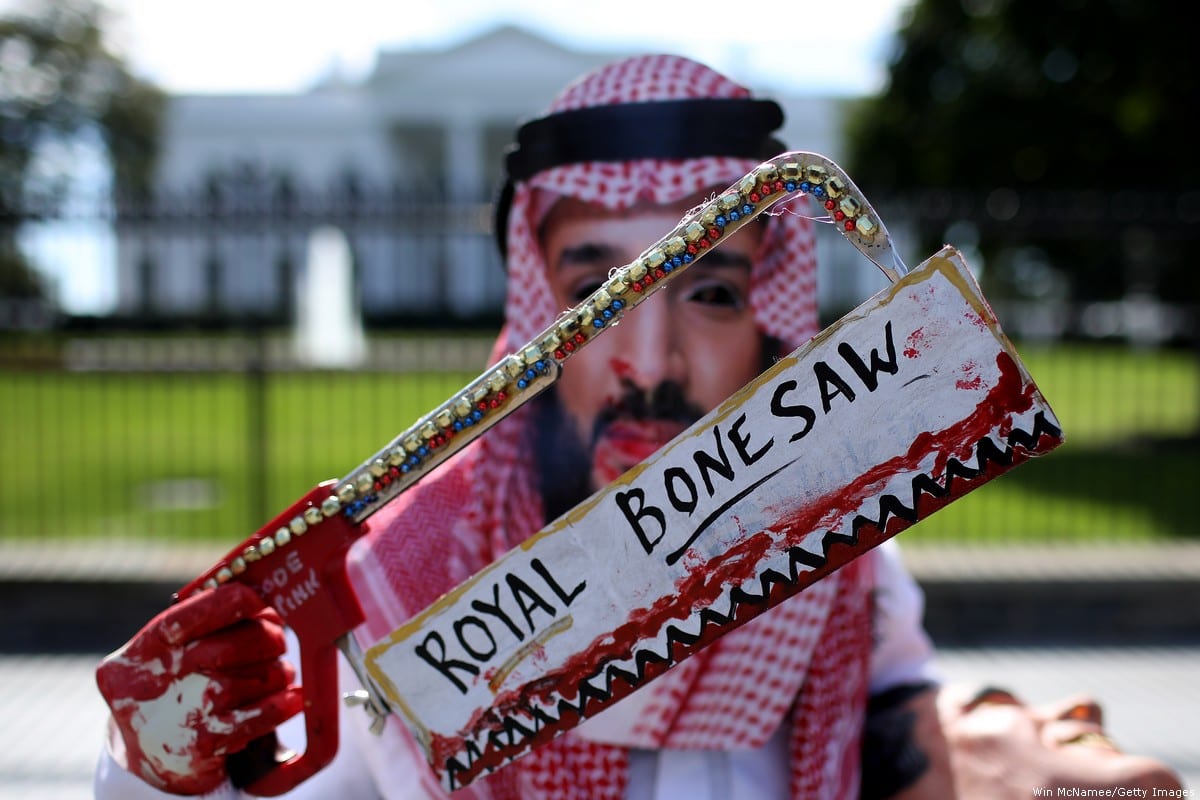 Protestor dresses in Bin Salman mask and brandishes a bloodied saw in Washington DC on 2 October 2018 [Win McNamee/Getty Images]
November 26, 2018 at 11:26 am

Saudi Crown Prince Mohammed Bin Salman is said to have asked the hit squad who assassinated Saudi journalist Jamal Khashoggi to bring his dismembered fingers back to Riyadh, a Saudi activist said.

Renowned Saudi whistleblower Mujtahidd told Al-Khaleej Online news site that the assassination team carried Khashoggi's fingers back to Riyadh at Bin Salman's request, stressing that the prince followed up on the assassination before, during and after it had taken place.

According to Mujtahidd, the hit squad members received rewards ranging from between 2-5 million Saudi riyals ($0.53-$1.33 million) after the execution.

Khashoggi was murdered in the Saudi consulate in Istanbul on 2 October.