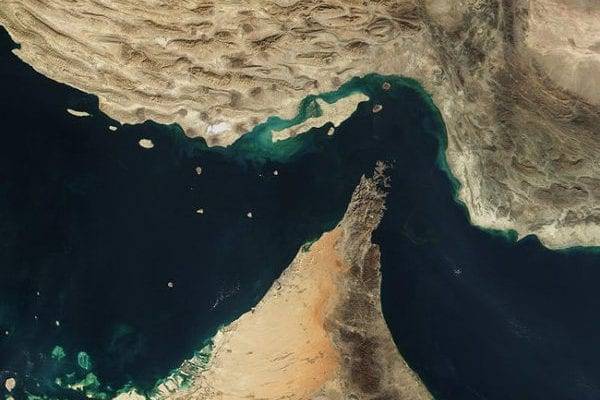 The Strait of Hormuz, Between Iran, Oman and the UAE [Flickr: eutrophication&hypoxia]
December 5, 2018 at 10:53 am

Iranian President Hassan Rouhani yesterday reiterated his threat to close the strategic Strait of Hormuz, through which almost a third of the world's oil exports pass.

"If the United States decides one day to stop Iran's oil exports, no oil will be exported from the Persian Gulf," Rouhani was quoted as saying.

Rouhani added that the US will not be able to stop Iran exporting its crude oil.

READ: Is Iran serious about closing the Strait of Hormuz?

This is the second time Rouhani has made the threat, the first was almost five months ago after US President Donald Trump announced he would stop Iranian oil exports.

The Iranian president's threats were welcomed by a large number of Iranian officials, including Commander of the Quds Force General Qassem Soleimani.