Saudi, UAE, Egypt, Bahrain planned to invade in Qatar in 1996 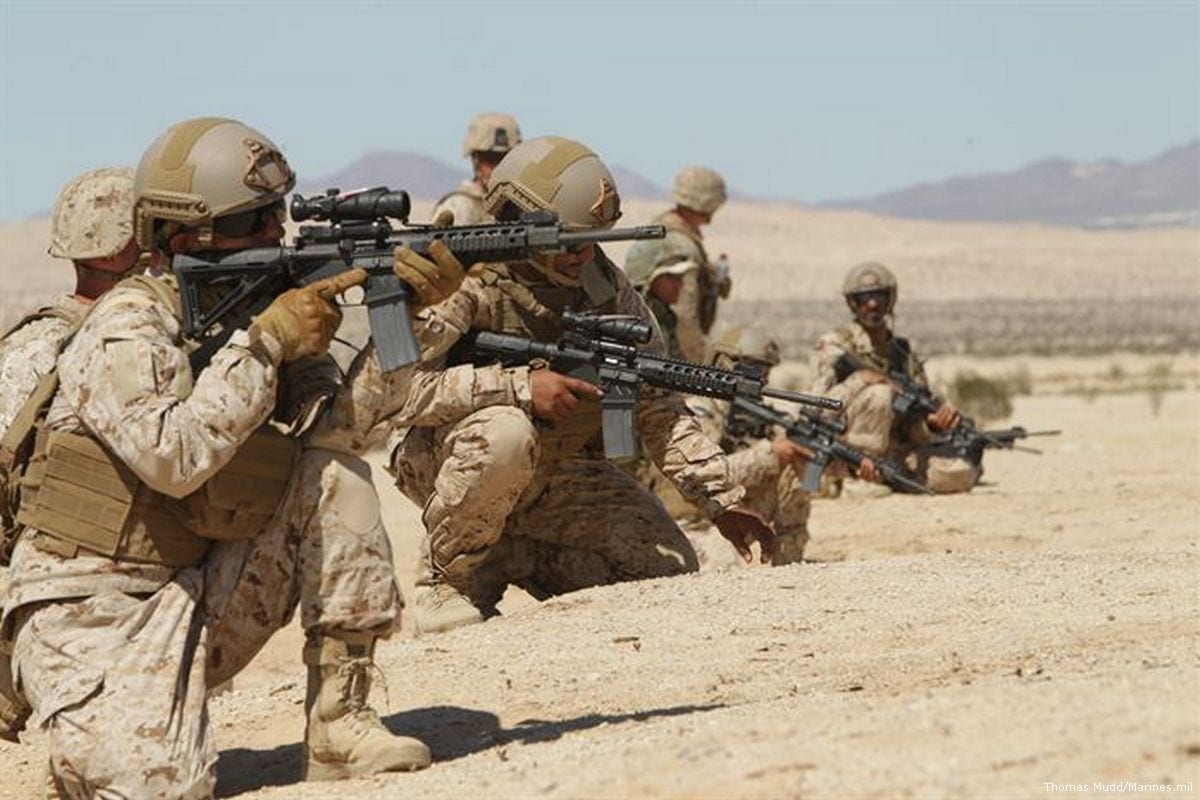 The UAE, Saudi Arabia, Bahrain and Egypt planned to invade Qatar in 1996, the leader of a French mercenary group has revealed.

Speaking to Al Jazeera, Paul Barrell said he personally led the plan after a failed coup attempt against the Qatari ruling family that year.

Barrell told Al Jazeera that the UAE had provided him with great support to conduct the operation. It hosted him and his team at the InterContinental Hotel in Abu Dhabi where large weapons were stored. Barrell also admitted that he and his team had been given official UAE passports to facilitate their movement, asserting that the current Crown Prince of Abu Dhabi Sheikh Mohammed Bin Zayed was Deputy Supreme Commander of the UAE's Armed Forces at that time and was the one who provided the passports.

Forty highly trained members of his team accompanied him to prepare for the attack, Barrell said.

Barrell had previously helped Saudi Arabia regain control of the Grand Mosque in Makkah in 1979 when 500 men under the leadership of Juhayman Al-Otaybi seized it.

In the 1996 operation, heavy weapons were brought from Egypt, while the participating forces, including fleeing Qatari officers and soldiers, were trained in the UAE. Saudi Arabia was in charge of the preparation of tribal militias to cross the borders. Barrell's team used Bahrain as a centre for communications and wiretapping station to discover what was happening in Doha.

In the interview he revealed details of a secret reconnaissance operation he conducted in Doha in preparation for the attack in early 1996. He took photos of the military sites, the Prince's Palace and a number of sites which were to be targeted during the invasion.

The plan was to land a plane carrying 3,000 Chadian mercenaries on to a runway in Doha. Chadian President Idriss Déby received $20 million to approve the operation, Barrell explained, as these mercenaries were dismissed from the Chadian army for this purpose.

The operation cost $200 million, 70-year-old Barrell  added. It was brought to a standstill after then president of France, Jacques Chirac, called him and asked him to stop the operation, telling him to: "Stop committing anything foolish."

Barrell stressed that, if implemented, the plan would have resulted in a "massacre".

The suspension of the operation angered the Arab leaders and, as a result, Barrell was subject to an assassination attempt in the Italian capital Rome a month after the failure of the invasion of Qatar. He believes the Saudi authorities were behind the attempt on his life.