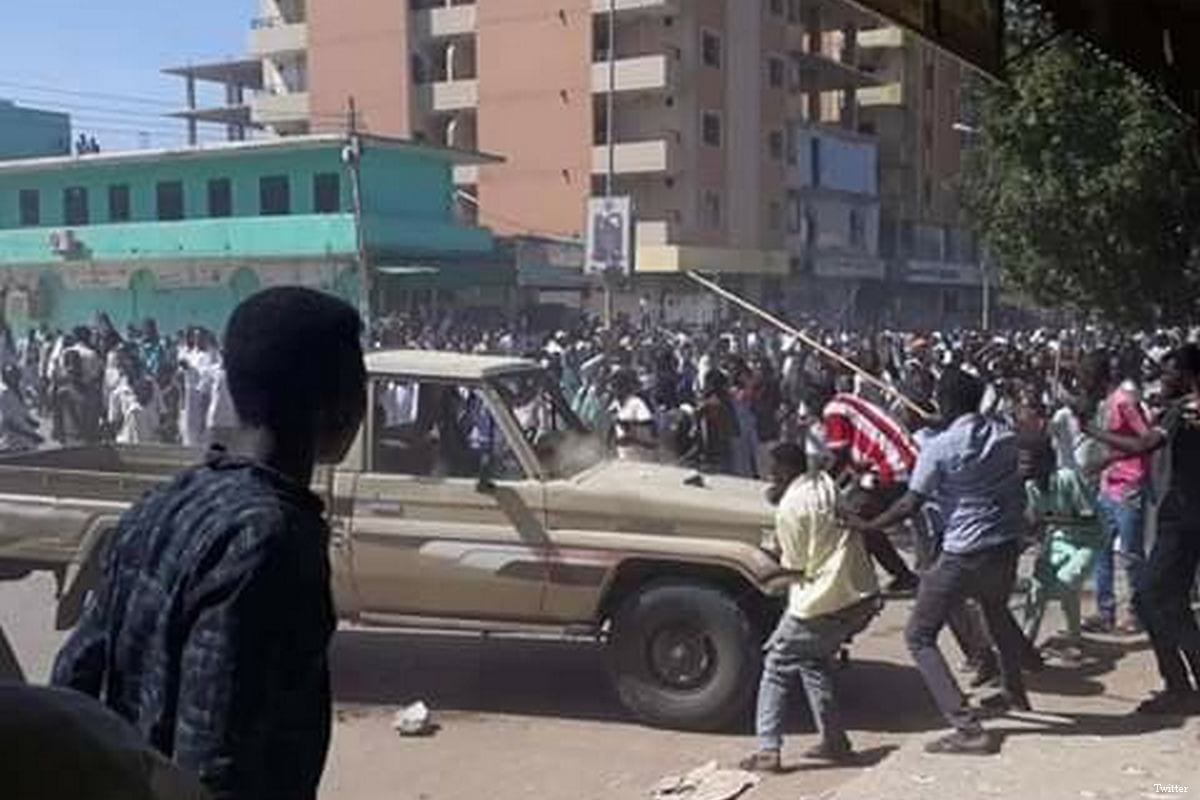 Hundreds of protesters come together during a demonstration against the soaring prices, the scarcity of basic goods and services in Sudan on 20 December 2018 [Twitter]
December 26, 2018 at 12:39 pm

At least 3 Sudanese protesters were wounded by gunshots yesterday when security forces dispersed rallies in the capital, after a week of demonstrations against President Omar Al-Bashir's three-decade rule, as reported on Reuters.

Witnesses told Reuters that 3 protesters were wounded by gunshots, one of them in the head.

A police spokesman was not immediately available to comment. Officials have previously said the security forces exercised restraint and dealt with the protesters in a "civilised manner".

Officials and witnesses have previously said at least 12 people have been killed in the unrest so far. Amnesty International said at least 37 people had died.

Rising prices, shortages of basic commodities and a cash crisis have driven protesters to the streets across Sudan to demonstrate against Bashir.

The authorities have shuttered schools and declared curfews and a state of emergency in several regions.