Why is Daesh's threat in Libya is not taken seriously? 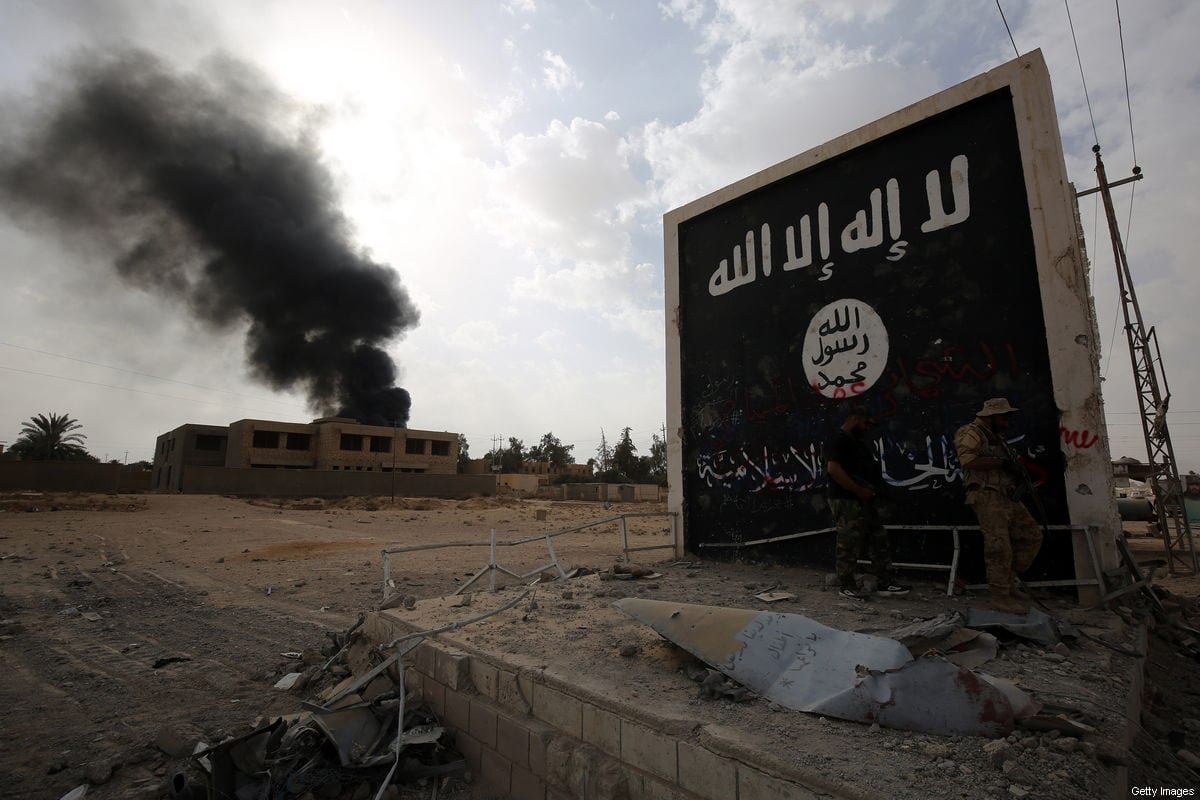 A Daesh sign at the entrance of the city of Al-Qaim, in Iraq's western Anbar province near the Syrian border, seen on November 3, 2017 [AHMAD AL-RUBAYE/AFP/Getty Images]

On 2 May last year, Daesh destroyed much of the county's High Election Commission in Gout Shaal, west of Tripoli, in abroad day light. On 10 September, the terror group struck again this time targeting Libya's National Oil Corporation in the heart of Tripoli and on 26 December it targeted the country's foreign ministry building on the sea front not far from the city centre. In all three attacks, it seems, the terrorists had little or no resistance. They appear, in each case, to have simply walked completely unchecked, into their target building during working hours. How could that happen in a country where such attacks should be expected? Someone in the appropriate security apparatus must have had some idea that Daesh is not going to give up that easy. Not in Libya unfortunately!

In the aftermath of each attack it was Daesh who claimed responsibility for the strike but never offered any proof substantiating its claims. The ministry of interior, and other relevant security agencies, have all blamed Daesh without any evidence either. After each attack, officials including the interior ministry, say they are investigating but they have, so far, failed to produce any results.

Over eight months has passed since the May attack and no conclusive findings has been made public. It has been three months since the attack on the oil cooperation in September and still nothing is said about how the investigation is progressing. It is very likely the same will happen with the latest atrocity which took place at the foreign ministry in late December.

This silence makes ordinary Libyans feel less secure and highly suspicious of who really controls the security apparatus and why investigations never conclude in a satisfactory manner. After the attack on the foreign ministry, for example, some social media users accused the government of a cover up. Rumours are rife because people are never really told what is going on in the aftermath of such horrific attacks.

Notably though, and right after the foreign ministry was hit, the newly appointed Minister of Interior Fathi Bashaga, was very critical of the government including the performance of his own ministry. He described the security situation in the capital as "chaotic". He also said that his ministry's resources, including finances and equipment, are "zero" as he put it despite the fact that his ministry always received the biggest share of any government budget.

What the minister was implying is that the militia dominated capital have the upper hand not only in money allocated to them but also in managing security in the capital. Furthermore, he seems to say that he, as minister of interior, does not have any control over the militias despite these militias claiming loyalty to the government.

This means that any ongoing, and previous terror related investigations, will lead to nowhere in terms of finding out how the terror group planned and executed its plans inside the capital.

Partially, this might explain, why after each atrocity the government never called on the public to help its investigations and why it always awaits Daesh to claim responsibility despite a lack of proof.

Such situations can only mean that the government is not taking the threat of Daesh in Libya seriously enough or it's unable to do so even if it wishes to.

This year is expected to be an eventful year for the country. In 2019 Libyans are supposed to vote on a new constitution, new legislative and municipal councils and possibly a new president. At least this is the plan laid out by Ghassan Salame, head of the of the United Nations Mission in the country. It is not only Daesh and Al-Qaeda that threaten Libya's security. A lack of effective control over the huge territory, with big chunks of sparsely populated desert areas and open southern borders are another problem. Armed militias from neighbouring countries can enter Libya whenever they like. On 28 December a Chadian rebel group attacked a military camp controlled by forces loyal to Field Marshal Khalifa Haftar in Traghen, a small town 900 kilometres south of Tripoli.

Last month, MEMO ran an article describing the increasing presence of the Chadian rebels, opposing president Idriss Deby, in southern Libya due to the authorities' lack of control over the region. Since the Gaddafi regime was toppled in 2011, southern Libya – in particular – has become a safe haven for all kinds of illegal trans-border activities including human trafficking, arms and narcotic smuggling and above all open space for Daesh and Al-Qaeda. This is in addition to the different tribal and other armed militias which dominate southern Libya where they occasionally fight each other over influence and dominance.

The international community, including the United States, seems to believe that Daesh in Libya is no longer a threat since it was expelled from its strong hold in Sirte, on the Libyan coast in 2016. This will prove to be a very serious error of judgement. 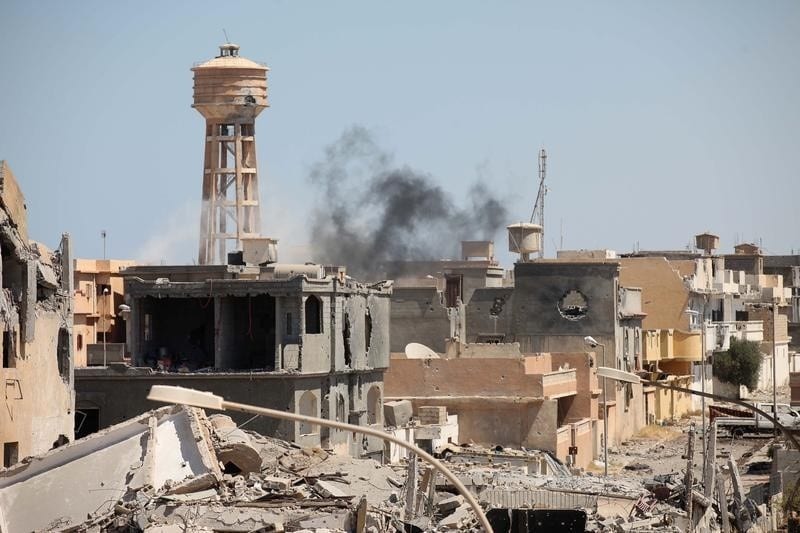 Smoke rises following an airstrike during a battle between Libyan forces allied with the UN-backed government and Daesh militants in Sirte, Libya September 7 2016 REUTERS/Hani Amara

Indeed, Sirte is a Daesh free city now but remnants of the terror group are still roaming in the southern Libyan desert. They are still active in kidnapping for ransom, extortion and smuggling anything of value.

The 26 December attack on the foreign ministry in Tripoli is a troubling reminder that the terror group can strike at random whenever it wishes. If anything this is a painful reminder that parts of the country are at risk of falling under Daesh's control again.

Despite the fact that the United States is leading an international coalition against Daesh, Libya does not seem to be included in this effort apart from the occasional air raids conducted by the US targeting individuals suspected of being jihadists. The recent US declaration that Daesh has been defeated in Syria can only mean that countries like Libya will have to continue their fight on their own. This will only leave Libya under threat while the world watches its possible disintegration.