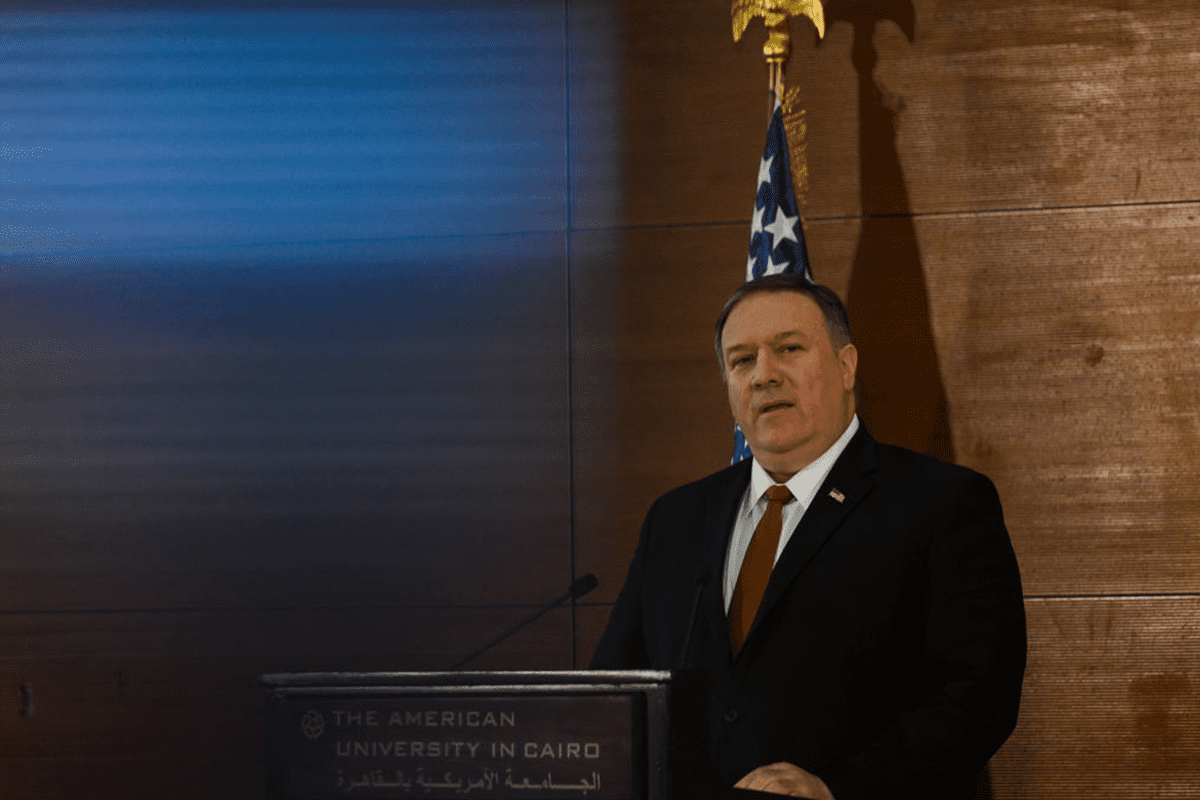 US Secretary of State Mike Pompeo speaks to students at the American University Cairo, in the eastern suburb of New Cairo, east of the capital on 10 January, 2019 [ANDREW CABALLERO-REYNOLDS POOL/AFP]
January 10, 2019 at 8:51 pm

US Secretary of State Mike Pompeo on Thursday accused Barack Obama of sowing chaos by abandoning the Middle East to Islamist militants and Iranian influence in a blistering critique of the former president's policies even as Pompeo's boss, President Donald Trump, moves to pull American troops out of Syria.

In a speech at the American University in Cairo, Pompeo dispensed with a US diplomatic tradition of avoiding public airing abroad of domestic disputes by blasting Obama at the site of a landmark 2009 speech by Trump's predecessor aimed at improving relations with the Islamic world.

Pompeo presented America as "a force for good in the Middle East" and suggested Obama saw the United States as "a force for what ails the Middle East." The address by the chief American diplomat drew criticism from former US officials and analysts who accused him of misreading history and camouflaging Trump's own desire to reduce US commitments in the region.

Among other things, Pompeo accused Obama of underestimating "the tenacity and viciousness of radical Islamism," of failing to adequately support the 2009 "Green Movement" mass protests against a disputed election in Iran, and faulted him for not bombing Syria in retaliation for the use of chemical weapons by government forces in its civil war.

What did we learn from all of this? We learned that when America retreats, chaos often follows. When we neglect our friends, resentment builds. And when we partner with our enemies, they advance.

Pompeo did not mention Obama by name but called him "another American" who had also given a speech in the capital of the Arab world's most-populous nation. 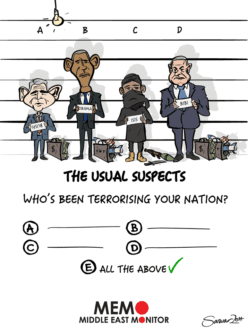 Pompeo is touring the region to try to explain US strategy after Trump's surprise announcement last month of an abrupt withdrawal of all 2,000 US troops from Syria, which rattled allies and shocked top US officials, prompting US Defense Secretary Jim Mattis to resign.

It is highly unusual for an American secretary of state to deliver a speech in a foreign capital directly attacking a former US president. Trump has reversed Obama's policies on international issues such as the Iran nuclear deal, trade agreements and the Paris climate change accord as well as a host of domestic policies.

Pompeo also sought to reassure allies that Washington remains committed to the "complete dismantling" of the threat posed by the Islamic State militant group despite Trump's decision to withdraw troops from Syria.

Pompeo faulted what he called Obama's "desire for peace at any cost" that led him to strike the 2015 nuclear deal under which Iran agreed to curtail its nuclear weapons program in exchange for easing of international economic sanctions.

Trump this year abandoned that deal, pursuing instead what his administration called a policy of "maximum pressure" on Iran to try to force it to limit its nuclear program, curtail its ballistic missile activities and cease supporting proxy forces in Syria, Iraq, Yemen and Lebanon.

Many people in the Middle East are likely to disagree with Pompeo's assertion that the United States is a force for good in the region. Policies such as U.S. support for Israel, the American-backed 1953 coup that overthrew Iran's popular Prime Minister Mohammed Mossadegh and the 2003 U.S. invasion of Iraq to topple President Saddam Hussein remain deeply controversial in the region.

In his June 2009 speech at Cairo University, Obama called for better mutual understanding between the Islamic world and the West and said both should do more to confront violent extremism. As a result, Republicans have long accused Obama of apologizing to the world for US actions abroad.

The good news is this: The age of self-inflicted American shame is over. And so are the policies that produced so much needless suffering.

Some Middle East experts and officials who served under Obama accused Pompeo of violating the American tradition that "politics stops at the water's edge."

"It feels a little bit as if the approach is to 'talk loudly and carry a small stick,'" said Jon Alterman, director of the Middle East program at Washington's Center for Strategic and International Studies think tank.

"You could read this as obscuring a continued US retrenchment from Middle Eastern commitments," Alterman added.

Pompeo's speech was a shameless attack by a sitting SecState on a former US President before a foreign audience. It revealed a woeful gap between Trump's promises and the means he is using to achieve them; the same mistake Obama made in his Cairo speech 10 years ago.

"Remember, it was here in this city that another American stood before you. He told you that radical Islamist terrorism does not stem from an ideology. He told you that 9/11 (the Sept. 11, 2001, al Qaeda attacks on the United States) led my country to abandon its ideals, particularly in the Middle East," Pompeo said.

"He told you that the United States and the Muslim world needed, quote, a new beginning, end of quote. The results of these misjudgments have been dire," Pompeo added. "In falsely seeing ourselves as a force for what ails the Middle East, we were timid in asserting ourselves when the time and our partners demanded it."