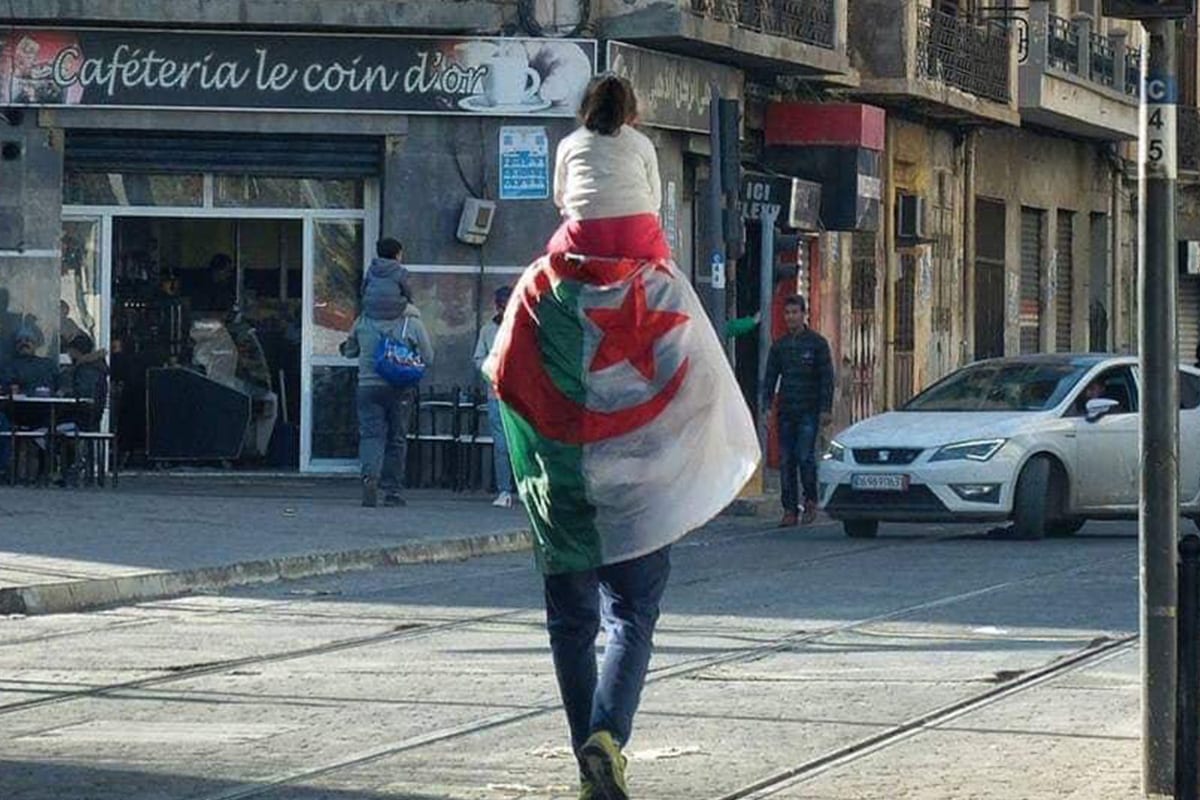 Algerians take to the streets in protests against Abdelaziz Bouteflika running for a 5th term for presidency on 25 February 2019 [Twitter]
Hanaa Hasan
February 27, 2019 at 1:47 pm

Tens of thousands of Algerians have taken to the streets over the past week, protesting Algerian President Abdelaziz Bouteflika's plan to extend his 20-year rule by seeking a fifth term.

As well as the rallies held across the country, Algerians have also taken to social media to amass support against the government online, using the hashtag "No to a fifth term".

Media is strictly regulated in the North African country, with state news agencies releasing little information on the ongoing protests. However through platforms like Facebook and Twitter, Algerians have shared powerful and humorous moments from the demonstrations themselves, reflecting their hope for the future of the country.

Since the start of the demonstrations last week, protesters have stressed that the rallies be peaceful, and silent protests have taken place in numerous cities to emphasise their non-violent nature. Demonstrators were also photographed gifting flowers to police securing the protests and leaving bottles of water on sidewalks for fellow citizens; volunteers also organised clean-up operations after the rallies were over.

#22Fevrier #حراك_22_فيفري #Algeria peace! Thank you for this days pic.twitter.com/R59mAvwESh

Today was a win, we kept it safe clean and peaceful, we should all be proud of this nation that had enough. Go big or go home, we will not stay silent. #24th_of_February#لا_للعهدة_الخامسة #حراك_22_فيفري pic.twitter.com/LXV287IF63

Algerians also shared their innovative posters from the demonstrations; one man took his pet bird to the rallies, having attached a note with the slogan "No to a fifth term" on it.

Two young men also adapted an Islamic prayer to show their opposition to the Bouteflika's government.

RT: #instantclassic "I seek protection in God from the satanic regime" [my translation] pic.twitter.com/0C79ifCcVN

University students also adapted mathematical formulae to reflect their opposition to a new term, using the concepts of limits to reflect the time period for which the president's party, the National Liberation Front (FLN), has been in power, as 1962 to 2019.

Others wrote out their vision for the future of Algeria in code, including the stipulations that Bouteflika step down and transparent elections be held.

Palestinian flags also featured in some protests, with a march in the coastal city of Wahran featuring a long flag draped over demonstrators as they chanted slogans down the main street.

As protests continue to rock the country, the latest wave of demonstrations seem to have broken the government's control over public discourse on politics.

"How many do I have to tell you guys …. we are nothing but love." #Alegria 🇩🇿 protests say NO to #Bouteflika's 5th term #Feb22DayOfProtest #Algérie #22Fevrier #JustSaying #Hope pic.twitter.com/LhogwrbCVn