Family of Egypt prisoner plead for imminent execution to be halted 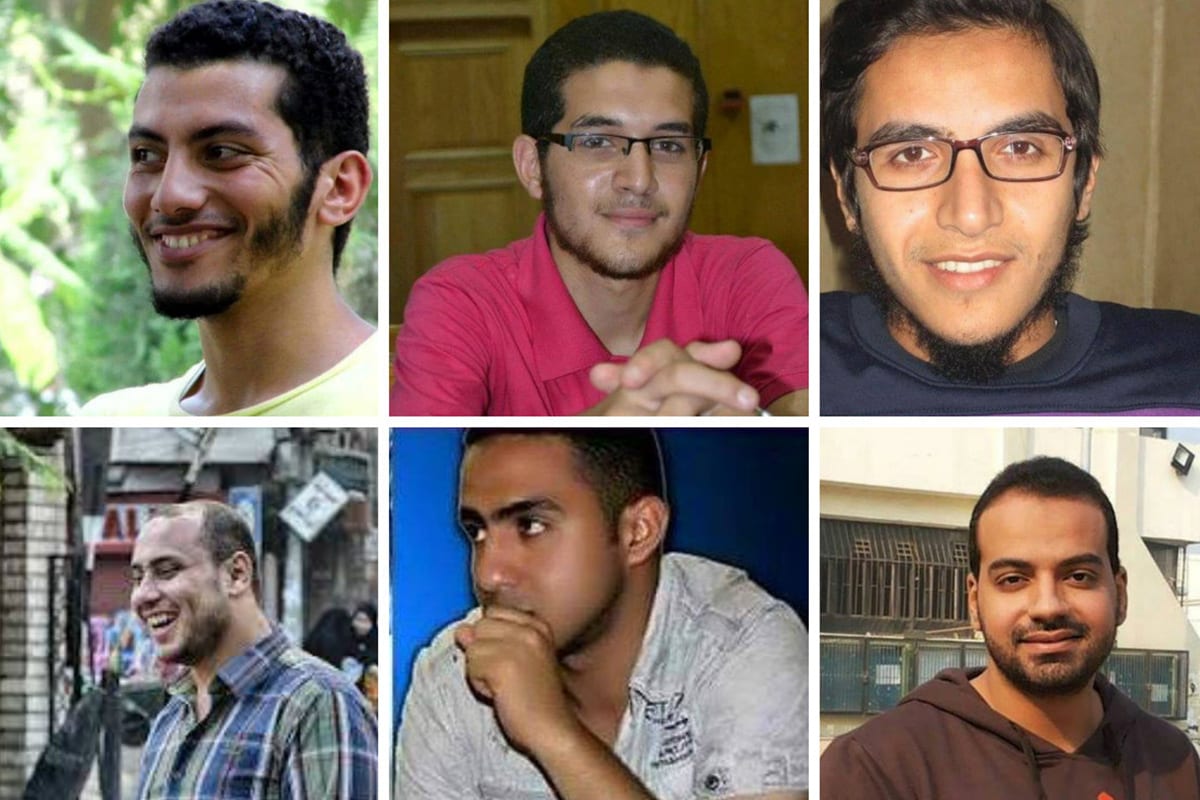 The family of Abdelrahman Attia have appealed for his death sentence to be suspended after the court issued a final verdict ordering his execution alongside five other Egyptian men, allegedly responsible for killing a policeman in 2014.

"Our loved ones are waiting their turn to be executed anytime, for a crime they didn't commit. They didn't even know each other before the case, although they [Egyptian authorities] accuse them of planning it together," Attia's wife Alaa Tarek tells MEMO.

Attia, a third year medicine student at Al-Azhar University, was forcibly disappeared from his family in 2014 in the aftermath of the coup that brought General Abdel Fattah Al-Sisi to power. He was not seen by his family again until a year later; bearing signs of torture, he appeared in a video alongside five other men, confessing to having planned the murder of a policeman, Sergeant Abdulla Al-Motweli, the previous month.

READ: 'I know where her father is,' said manager of Egypt nursery before expelling two-year-old daughter of political prisoner

"He was arrested because he called for a democratic rule and refused the killings and arrests by the current regime since Al-Sisi took power. He and others in his case were severely tortured, electrocuted, beaten, and whipped. They hung them naked and extinguished cigarettes on their bodies to force them to confess to killing someone they did not even know," Alaa says.

"The police threatened them with raping their wives, mothers and sisters and forced them to confess."

The men were sentenced to death in what came to be known as the Mansoura Six case, but Attia's family say there is evidence proving their innocence that has not been considered.

"Ahmed Al-Waleed, who was accused of directing the gun and shooting the policeman, had a brain operation just before the incident, which would've made it impossible for him to focus and shoot the policeman, and the hospital reports proved that," Alaa says. "The signs of torture were clear, but the judge did not listen to the lawyers and was very biased."

However with the death sentence set to be imminently carried out, Attia's family are calling for other judges to intervene and grant their request of a retrial.

"I appeal to every free [person] and every judge to seek justice for Abdelrahman and others in his case. We appeal for a fair retrial," Attia's wife says. "They are charged with a crime they didn't commit, they are now in narrow cells where they can't even stretch their legs. They are not allowed to go to bathrooms except for only five minutes in the morning."

The execution of nine men accused of plotting the assassination of Egypt's attorney general in 2015 warranted international condemnation last week, after videos surfaced of the defendants declaring they had been forced to confess under torture.

Egypt executed six other men in two separate cases last month that were denounced by rights groups as unjust. Some 1,400 people have been sentenced to death since 2013, convicted mostly of incidents of political violence.

"Everyone who personally knows Abdulrahman and other youth in the case believe that they could never commit such a crime," Alaa says. "We don't care who will rule Egypt. We just seek justice. Only justice and freedom. Please save them before they face same fate of execution."