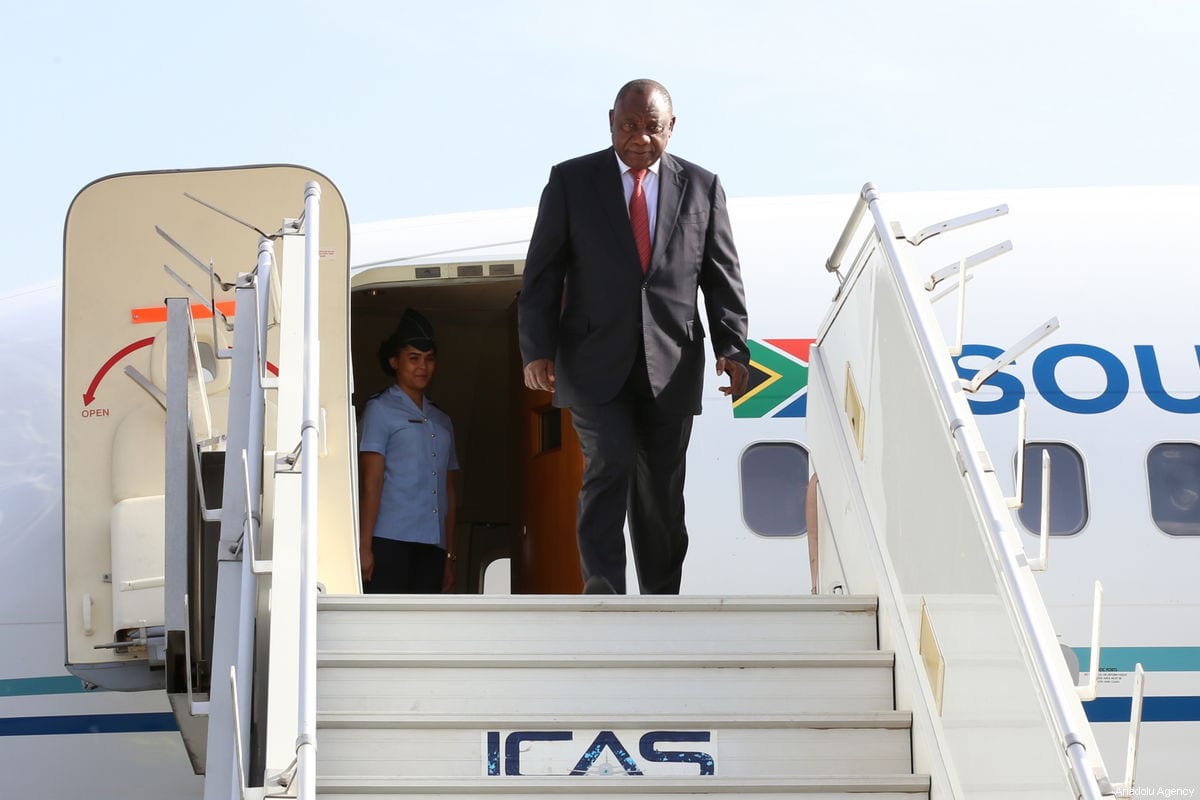 South African President Cyril Ramaphosa has said that his government is planning to downgrade its diplomatic mission to Israel.

This, he said, comes in response to recommendations from the National Conference of the National African Party which was held more than a year ago, Safa news agency reported yesterday.

Speaking before the parliament, Ramaphosa said that his government stands with the Palestinian people in their fight to achieve self-determination, but also recognises Israel's "sovereign right". He also noted that the ministry of international cooperation and foreign affairs is working to implement the decision.

"This [decision is being taken] due to the violation of the rights of the Palestinian people," Ramaphosa said, adding: "We are putting pressure on Israel [but,] at the same time, we are ready to broker the process to achieve peace in the Middle East."

The president added: "We are worried about the violation of the Palestinian right to self-determination and Israel's reluctance to start talks aimed at reaching a just and peaceful solution for this conflict."

He did not state when the downgrading of ties would be completed, but said that this would be made public as soon as it was completed.