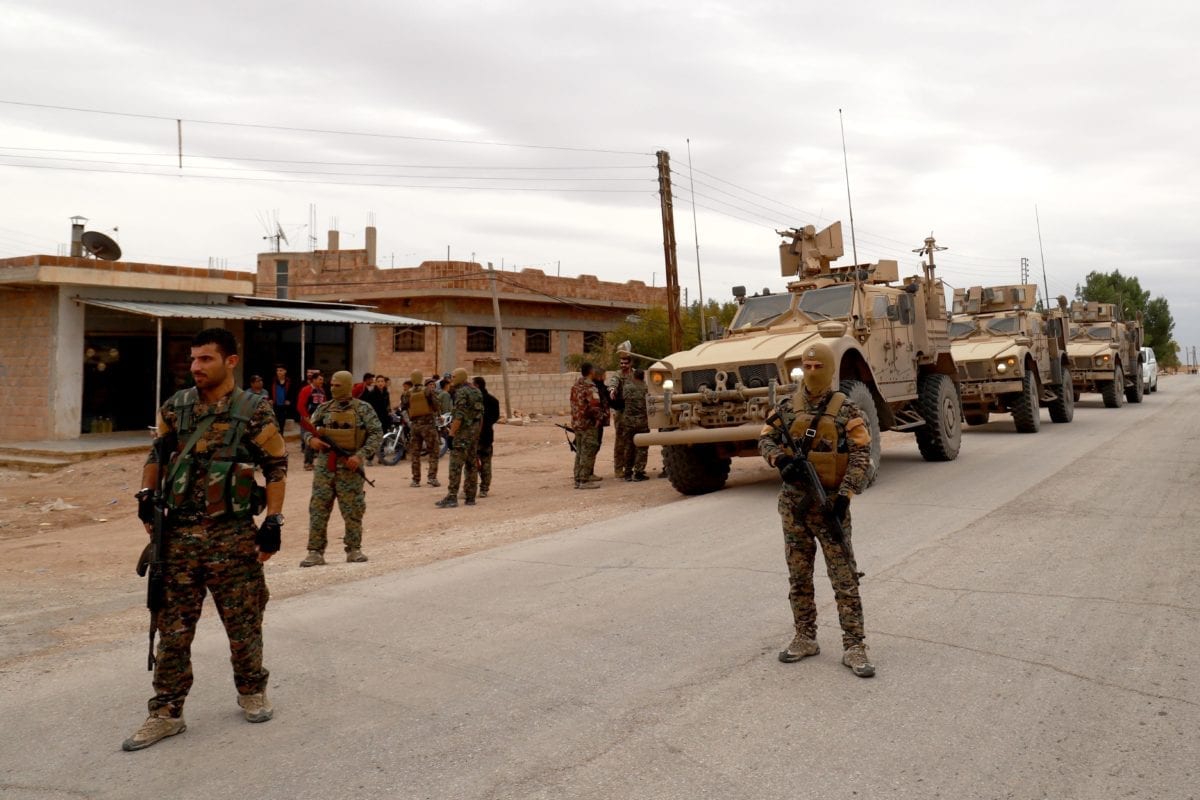 US forces and members of the Syrian Democratic Forces (SDF) patrol the Kurdish-held town of Al-Darbasiyah in northeastern Syria bordering Turkey on 4 November 2018 [DELIL SOULEIMAN/AFP/Getty Images]
March 10, 2019 at 3:13 pm

The US-backed Syrian Democratic Forces (SDF) said on Sunday that their frontline troops had received orders to attack the final Daesh enclave in eastern Syria, and the assault could begin at any moment.

The advance on the besieged enclave at Baghouz, near the Iraqi border, has stalled repeatedly to allow for the evacuation of civilians.

Mustafa Bali, head of the SDF media office, said no further civilians had emerged from the enclave at the Iraqi border since Saturday and the SDF had not observed any more civilians in the area, prompting the decision to attack.

"Frontline forces have received orders to move", he said. "This evening, we expect movement at any moment."

Thousands of people – many of them the wives of Daesh fighters and their children – have been streaming out of the enclave over the last few weeks.

While the Baghouz enclave represents the last shred of populated land held by the militants, the group is still widely seen as a big security threat with remote territory elsewhere and the continued capacity to launch guerrilla attacks.

The SDF, spearheaded by the Kurdish YPG militia, has been poised to advance into the enclave for weeks, but has repeatedly held back to allow for the evacuation of civilians, many of them wives and children of Daesh fighters.

Bali said more than 4,000 militants had surrendered to the SDF in the past month and tens of thousands of civilians had been evacuated.

"Our forces are ready now to start and finish what is left in ISIS [Daesh] hands," Bali said in a separate comment on Twitter.