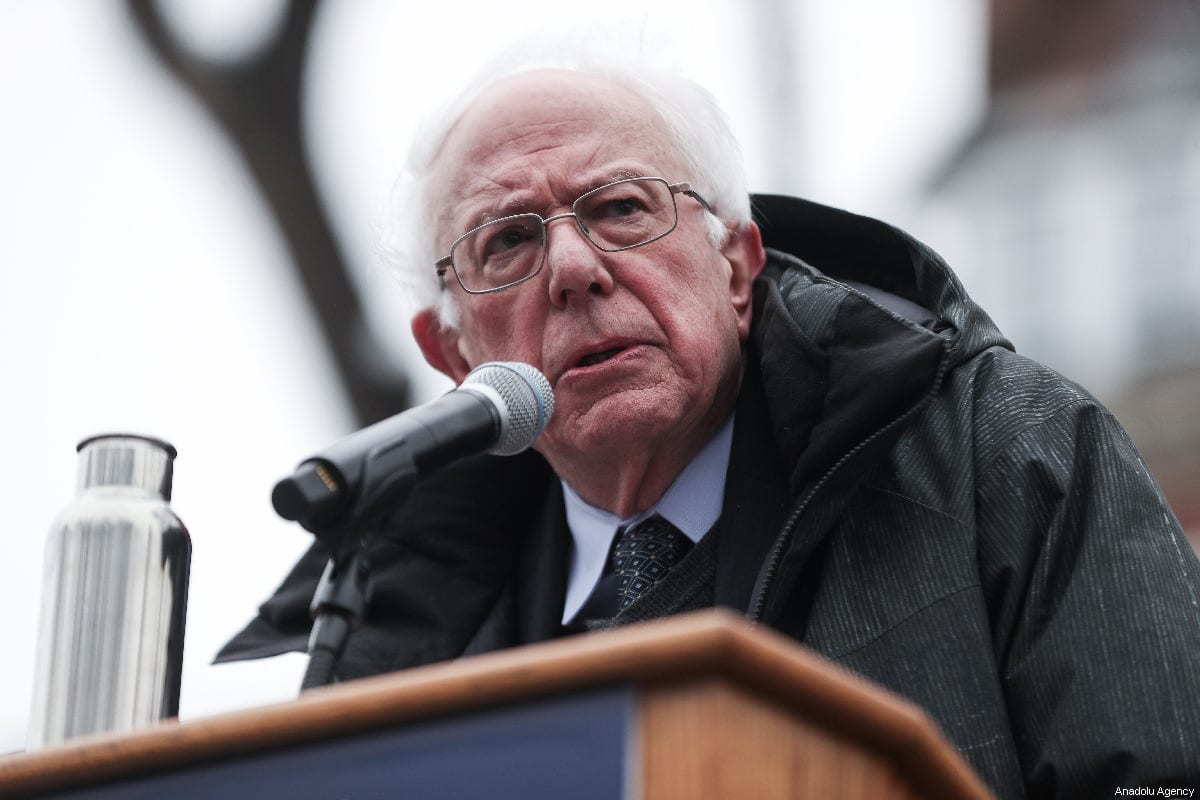 Bernie Sanders, who has announced his intention to run in the Democratic primaries ahead of the 2020 presidential election, posted a campaign video featuring a supporter praising him for his condemnation of the "apartheid-like" conditions imposed on Palestinians by Israel.

"He spoke out against apartheid in South Africa when crazily that was an unpopular thing to do and even today he speaks out against apartheid-like conditions in Palestine even though it's not popular," Shaun King said in the clip posted on Monday on the presidential campaign's Facebook page.

READ: Sanders cites Israel's 'Nation State Law' as an example of the rise of authoritarianism

King, "a columnist and activist", was speaking at the formal launch of Sanders' campaign on 2 March.

The video then breaks away from King's speech to a highlighted online CNN headline, "Bernie Sanders smashes the Israel status quo".

Sanders was "the first Jewish candidate to win major nominating contests when he ran for the Democratic nomination in 2016", and has also "been among the Senate's most trenchant Israel critics, releasing multiple videos last year decrying Israel's use of lethal weapons to end protests".