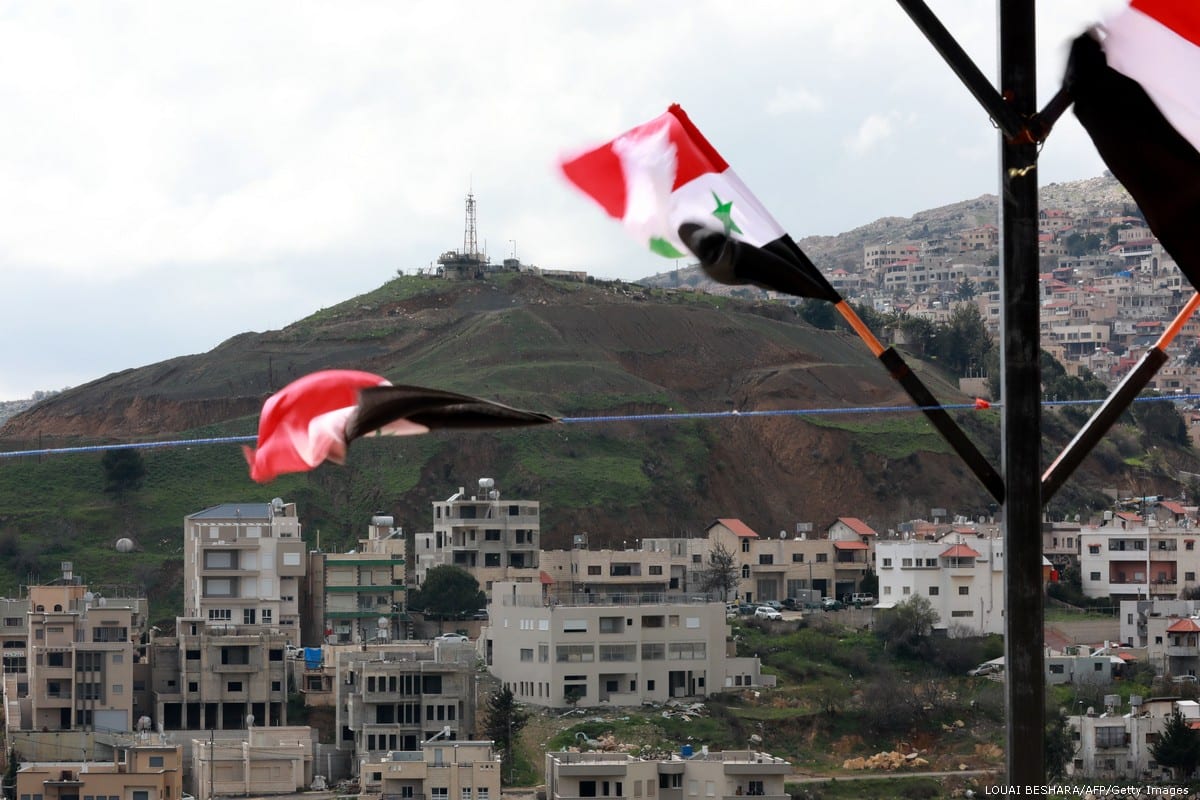 Syrian national flags are flown in the Syrian town Ain Al-Tineh across the Israeli- annexed Golan Heights on 26 March 2019 [LOUAI BESHARA/AFP/Getty Images]
April 2, 2019 at 10:59 am

Israel is planning to settle some 250,000 settlers in the occupied Syrian Golan Heights over the next 30 years, the Israeli Broadcasting Authority (IBA) revealed yesterday.

According to Anadolu, the report comes one week after US President Donald Trump signed a presidential decree recognising the Golan Heights as "Israeli territory".

According to the IBA, the Israeli plan also includes construction of two new Jewish settlements in the occupied Golan Heights, along with thousands of new settlement units and a raft of planned transport and tourism projects.

The population of the occupied Golan Heights currently stands at some 50,000, including 22,000 settlers, according to Israeli figures.

Israel, which annexed the Golan Heights in 1981, has long pushed Washington to recognise its claim over the strategic plateau, which it seized from Syria during the 1967 Arab-Israeli War, but previous US administrations had refrained from doing so.