Syrian Network for Human Rights: 221 chemical attacks in Syria since 2012 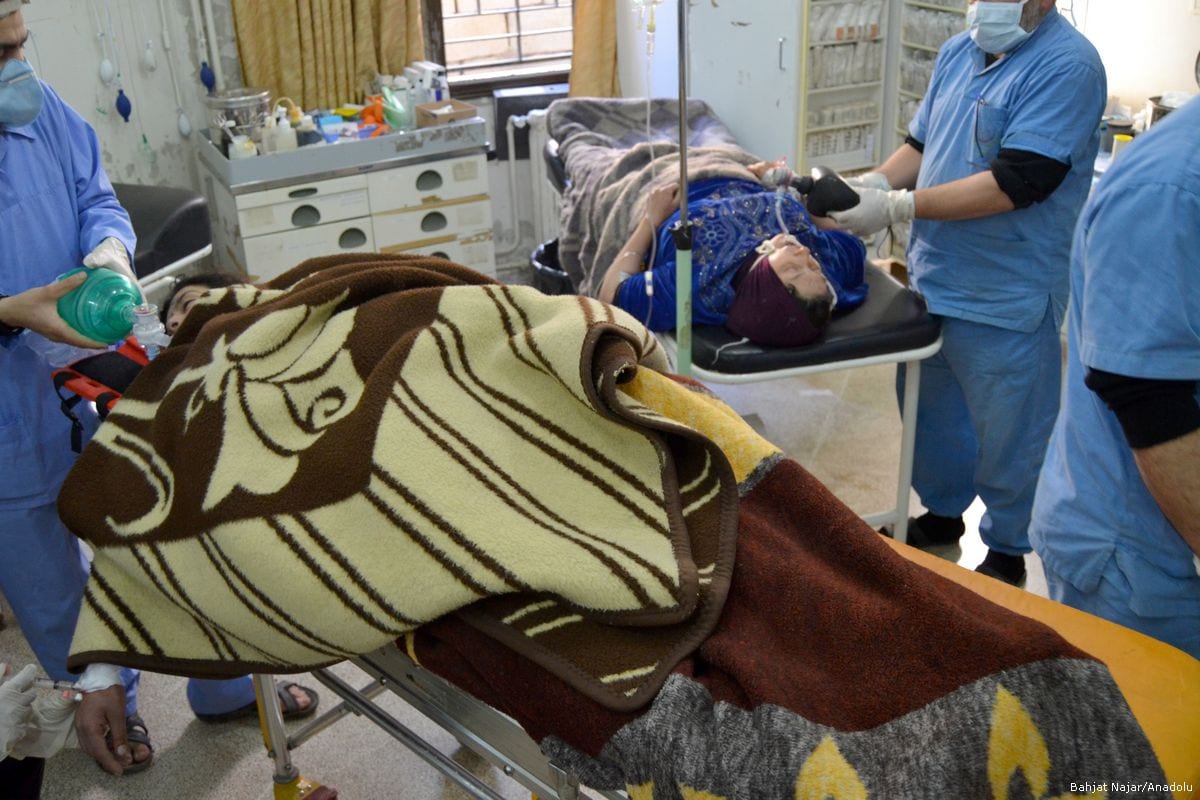 Civilians receive treatment after Assad Regime forces carried out a chemical attack in Idlib, Syria on 4 April 2017 [Bahjat Najar/Anadolu Agency]
April 5, 2019 at 4:47 am

The Syrian Network for Human Rights (SNHR) said that documented chemical attacks in Syria have amounted to nearly 221 attacks since 23 December 2012, the date of the first recorded use of chemical weapons in the country, until 4 April.

This came in a report released on Thursday on the occasion of the second anniversary of Khan Shaykhun massacre committed by the Syrian regime, which is the second largest chemical attack in Syria in terms of its victims after the attack of Damascus east and west Ghouta in August 2013.

Infographic showing the most notable #HumanRights #Violations in #Syria in March 2019https://t.co/sza1neNYqN pic.twitter.com/0ufv1PzkHl

The statement pointed out that these attacks killed at least 1,461 people, all of whom died in attacks by the Syrian regime. They were distributed as follows 1,397 civilians, including 185 children, 252 women, 57 armed opposition fighters and seven prisoners of the Syrian regime who were in an opposition prison.

The major chemical massacre in Syria took place in the eastern Ghouta and Sham districts on August 21, 2013, where more than 1,400 civilians were killed, and many others, mostly children and women, were affected.

The Syrian regime committed its second largest chemical massacre on 4 April 2017 in the town of Khan Shaykhun, in the countryside of Idlib province, which resulted in the killing of more than 100 civilians.  On April 7 last year, Al-Assad forces carried out a new chemical weapon massacre in the eastern Ghouta, killing 78 civilians, mostly children and women.

Following the first Ghouta massacre in 2013, and as a result of major international pressure, Al-Assad regime agreed to hand over and destroy its arsenal of such weapons under the supervision of the Organization for the Prohibition of Chemical Weapons (OPCW).

Nevertheless, the Al-Assad regime continued to use chemical weapons later, which led the United Nations and the Organization for the Prohibition of Chemical Weapons to declare that Al-Assad had not delivered his entire chemical arsenal.