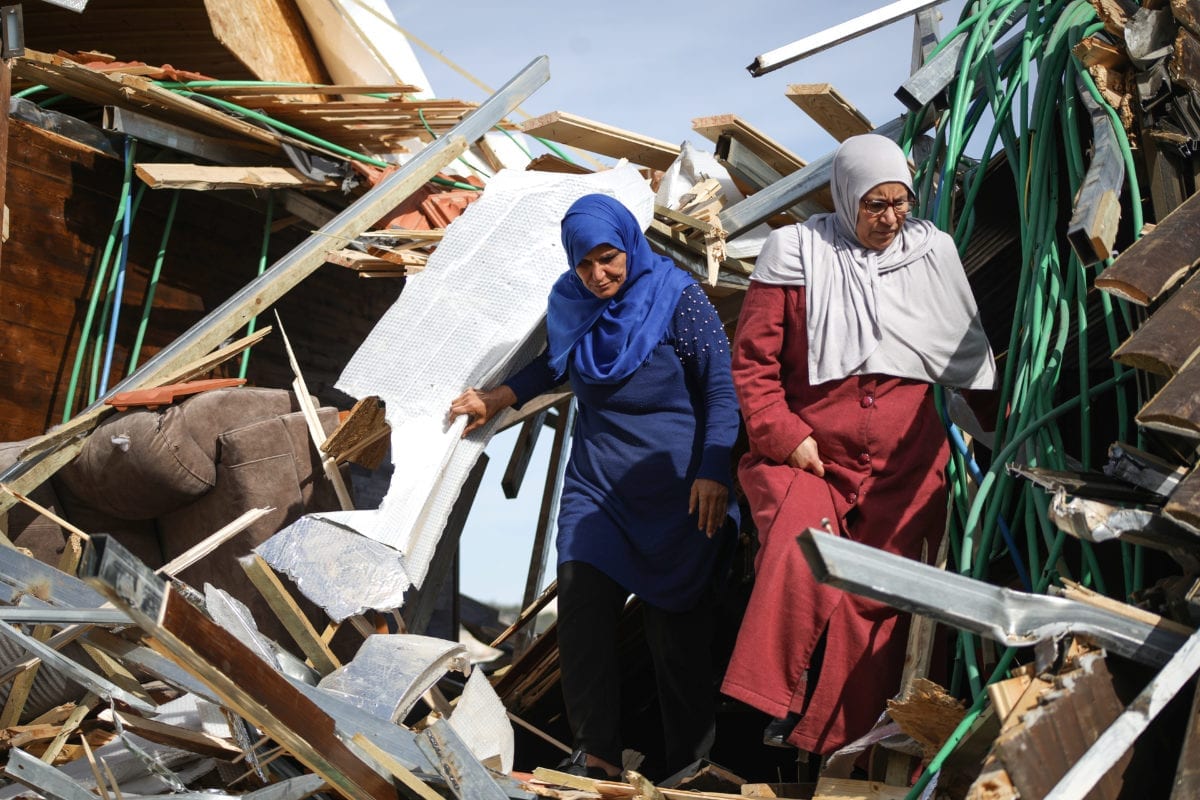 A Palestinian family collect their belongings amid ruins of their house after Israeli authorities demolished their home in Jerusalem on 28 November 2018 [Mostafa Alkharouf/Anadolu Agency]
May 2, 2019 at 11:24 am

An Israeli human rights NGO has identified a "demonstrable rise" in demolitions of Palestinian properties in occupied East Jerusalem during 2019.

According to Ir Amim, since the start of 2019 "there have been 93 demolitions across East Jerusalem, 41 of which were residential units", revealing "a demonstrable rise in demolitions when compared to the same period in 2018". Fifty-five demolitions were carried out in April alone, Ir Amim added.

The group was responding to fresh demolitions by Israeli occupation authorities in the Palestinian neighbourhood of Wadi Yasul, "destroying two residential units and three animal stalls".

"One housing unit belonged to a family of six with four children, while the second unit was home to a family of five with three children. One homeowner was arrested during the incident and several injured," Ir Amim reported.

The organisation noted that Wadi Yusal, located on the south-eastern edge of Silwan and adjacent to the southern part of the Peace Forest (Ya'ar HaShalom), "is currently under threat of wide-scale demolitions with nearly 500 residents at risk of being affected".

On 14 April, the Israeli Supreme Court rejected a request to appeal "a decision made by the Jerusalem District Court on three demolition cases". An additional 54 cases involving demolition orders are pending at the Israeli courts.

"Due to numerous obstacles Palestinians face in obtaining building permits in East Jerusalem, many of the residents in Wadi Yasul were driven to build without permits, placing their homes under threat of demolition", Ir Amim explained.

Wadi Yasul residents submitted a master plan to the Jerusalem municipality for the retroactive legalisation of their homes, but Israeli authorities have refused to approve the plan, "asserting the land is designated as forestland or greenspace".

READ:┬ĀIsrael forces Palestinian to demolish his and his daughter's homes

However, "the ELAD settler organization has been advancing touristic projects in this very vicinity with the complicity of the State, erecting illegal structures for camp sites and other activities inside the northern part of the Peace Forest," Ir Amim added.

"Yesterday's demolitions in Wadi Yasul are part and parcel of a series of mounting pressures that the Israeli government and settler organizations are exerting on the area of Silwan," the NGO concluded.

"The extensive demolition orders, eviction demands filed against Palestinian families and state-sponsored settlement projects under the guise of touristic enterprises all serve to rapidly tighten Israeli control of Silwan and the rest of the Old City Basin."