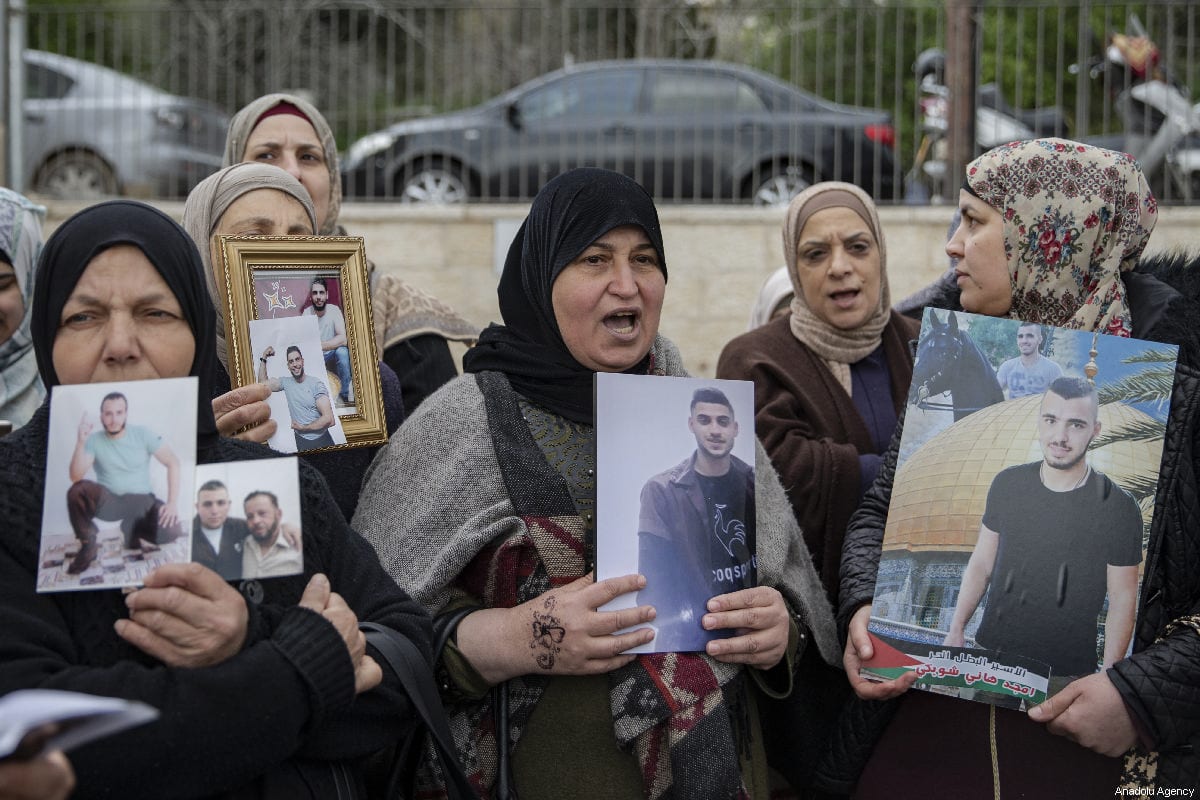 Palestinians demanding the release of Palestinian prisoners held in Israeli jails, stage a demonstration in Sheikh Jarrah neighborhood of Eastern Jerusalem on March 26, 2019. [Faiz Abu Rmeleh/Anadolu Agency]
June 8, 2019 at 10:46 am

Major General Qadri Abu Bakr, chairman of the Prisoners Affairs Commission, has condemned the repeated crimes committed by Israel against Palestinian captives, which he says have taken "a very dangerous and unprecedented detour" designed to quash their patriotism and humanity, as well as complicate their daily lives in prison.

Abu Bakr said in a statement yesterday that Israel is mobilising all its capacities to create new realities in prisons and detention centres. He stressed that Israel uses all available opportunities to take revenge on prisoners and their families, so much so that it has become a competition between Israeli politicians and military officers.

He added: "There are daily incursions into prisons and detention centres, and a large number of detainees are transferred from one prison to another."

Abu Bakr argued that Israel does not want Palestinian captives to have stable conditions in prison, pointing to the instruction issued by Ashkelon prison last week not to allow prisoners to celebrate Eid El-Fitr as evidence that Israel is racist.