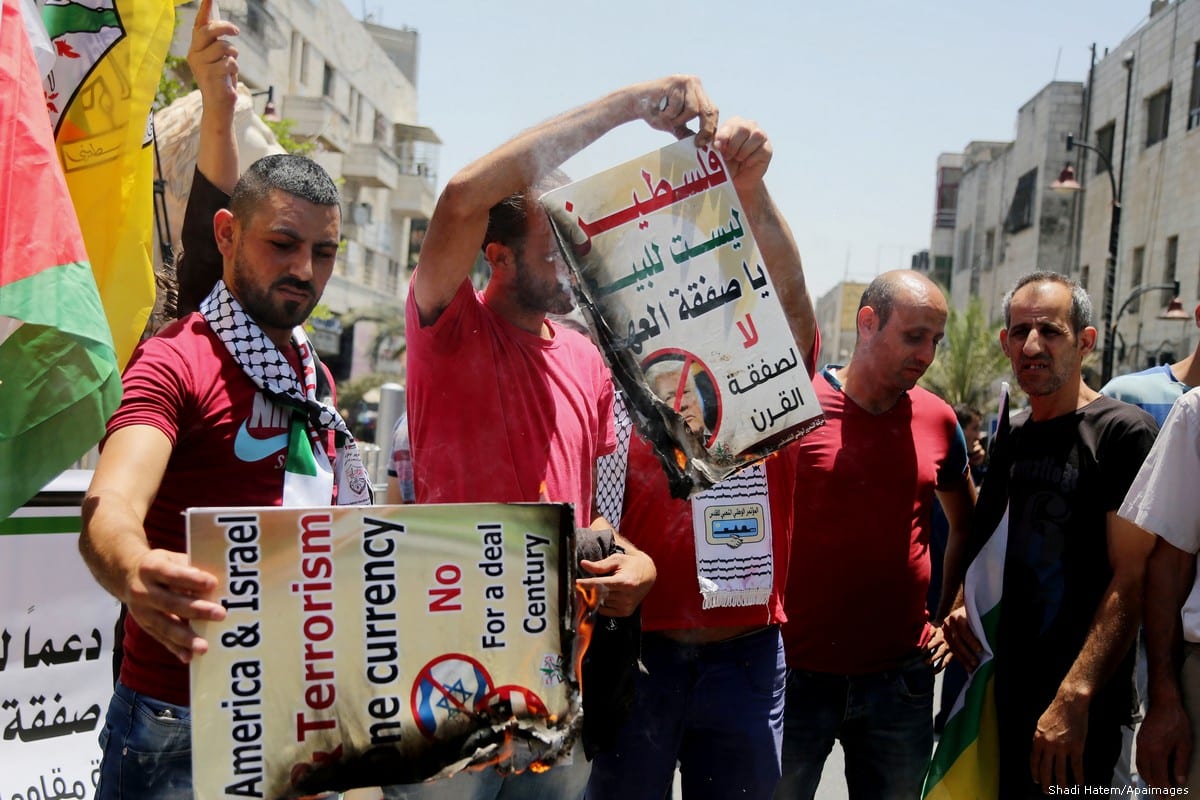 Palestinians stage a protest against the 'Deal of the Century', planned by US President Donald Trump to solve the conflict between Palestine and Israel, in Ramallah, West Bank on 2 July 2018 [Shadi Hatem/Apaimages]
June 15, 2019 at 11:47 am

Fatah's Revolutionary Council headed by Palestinian Authority (PA) President Mahmoud Abbas announced on Friday its absolute rejection of the US sponsored deal of the century.

In a statement issued after three days of meetings, the Council said: "Donald Trump's administration is no longer qualified to play a positive role in the implementation of the international legitimacy and international resolutions related to the Palestinian cause."

Referring to the deal of the century, the Council acknowledged the support of the Palestinian people for their leadership against the "conspiracy", which seeks to liquidate the Palestinian cause and annul their legitimate rights.

Additionally, the statement rejected the economic prosperity promised by the economic conference due to be held in Manama later this month. The Council warned against being deceived by its pledges.

READ: Erekat calls for carrying out elections to face deal of the century

The Council called on Palestinians to take part in the demonstrations and other activities planned to coincide with the conference and stressed "our land and holy sites are not for sale."

Similarly, the Council called on Arab nations oppose the conference and reiterated the importance of adhering to the relevant Arab League resolutions on Palestine and Jerusalem.

The Council also condemned the normalisation of ties between certain Arab states and Israel, regarding this a stab in the back of the Palestinian people.