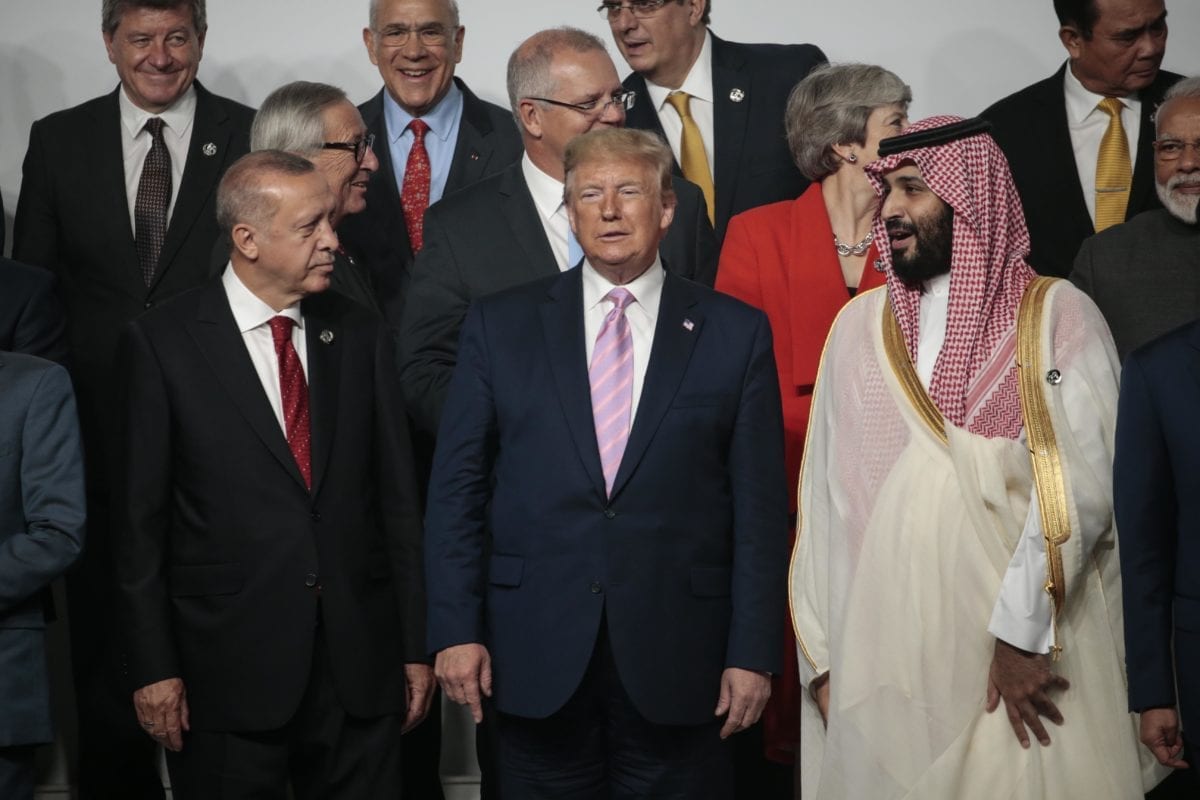 Turkish President on Saturday called on the international community to prioritize bringing perpetrators of the killing of Saudi journalist Jamal Khashoggi to justice and do not allow this topic to slip out of global agenda, Anadolu reports.

President Recep Tayyip Erdogan spoke at the press conference in INTEX Osaka International Exhibition Center in line with G20 Leaders' Summit held in Japan and delivered remarks on a variety of subjects.

"Bringing perpetrators of Khashoggi murder, from top to bottom level, to justice is the primary task of the international community," Erdogan said at his speech, calling on the world countries to keep slain journalist's death at the global agenda.

Khashoggi was killed and dismembered by a group of Saudi operatives shortly after he entered the country's consulate in Istanbul on Oct. 2 last year.

"The 15 people sent to Turkey are the perpetrators of Khashoggi killing, and MBS [Crown Prince Mohammad Bin Salman] is the first person who should reveal [truth] behind this incident," he said.

READ: Jailed Morocco journalist was warned by Khashoggi he was a target of MBS

Turkish president underlined that the international media should cover this case more.

"Can Dollar buy anything? There must be things that it can not buy, I believe the pen is one of them. [Dollar] should not be able to buy the pen or opinions," he asserted.

Riyadh offered various, conflicting narratives to explain his disappearance before acknowledging he was murdered in the diplomatic building while seeking to shift blame for his death on a botched rendition operation being carried out by rogue agents.

Khashoggi's body has not been recovered, and the Kingdom has remained silent on its whereabouts.

In her report, UN Special Rapporteur Agnes Callamard said the murder of Jamal Khashoggi "constituted an extrajudicial killing" for which "Saudi Arabia is responsible."