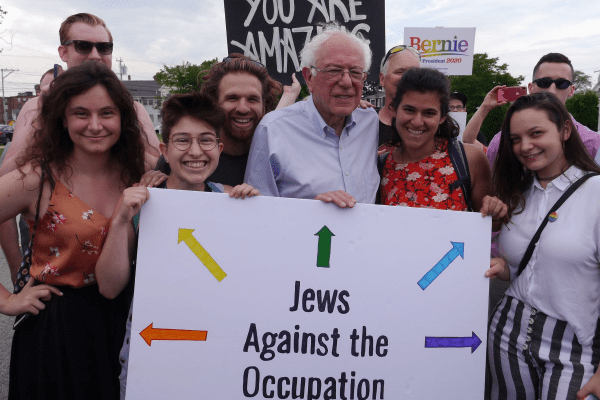 A Jewish American organisation opposed to the Israeli occupation has been using the American presidential campaigns to spread its call for ending the occupation and achieving a peace that ensures freedom and dignity for Israelis and Palestinians alike, the Anadolu Agency reported.

IfNotNow was established in 2014, during "Operation Protective Edge", by "young Jews angered by the overwhelming hawkish response of American Jewish institutions," according to the organisation's website.

It recently launched a new branch to promote its message in the context of the US presidential election, Jerusalem Post reported.

READ: How Israeli 'rules of engagement' allow soldiers to shoot children in the back

On Saturday, a number of IfNotNow's representatives met with Bernie Sanders, who is running for the Democratic Party's nomination for the 2020 presidential election. In a tweet that has a picture featuring Sanders and IfNotNow members holding a banner that reads "Jews Against the Occupation," the organisation reported, "Our members in NH [New Hampshire] just asked @BernieSanders if he's also an anti-occupation Jew and looks like the answer is YES!"

"Our focus is going to be trying to push the candidates past giving lip-service to a two-state solution," IfNotNow co-founder Emily Mayer told US news company Politico, "without recognising the underlying dynamics and explicit moves by the Israel government that are creating a one-state reality where Palestinians are denied basic rights."