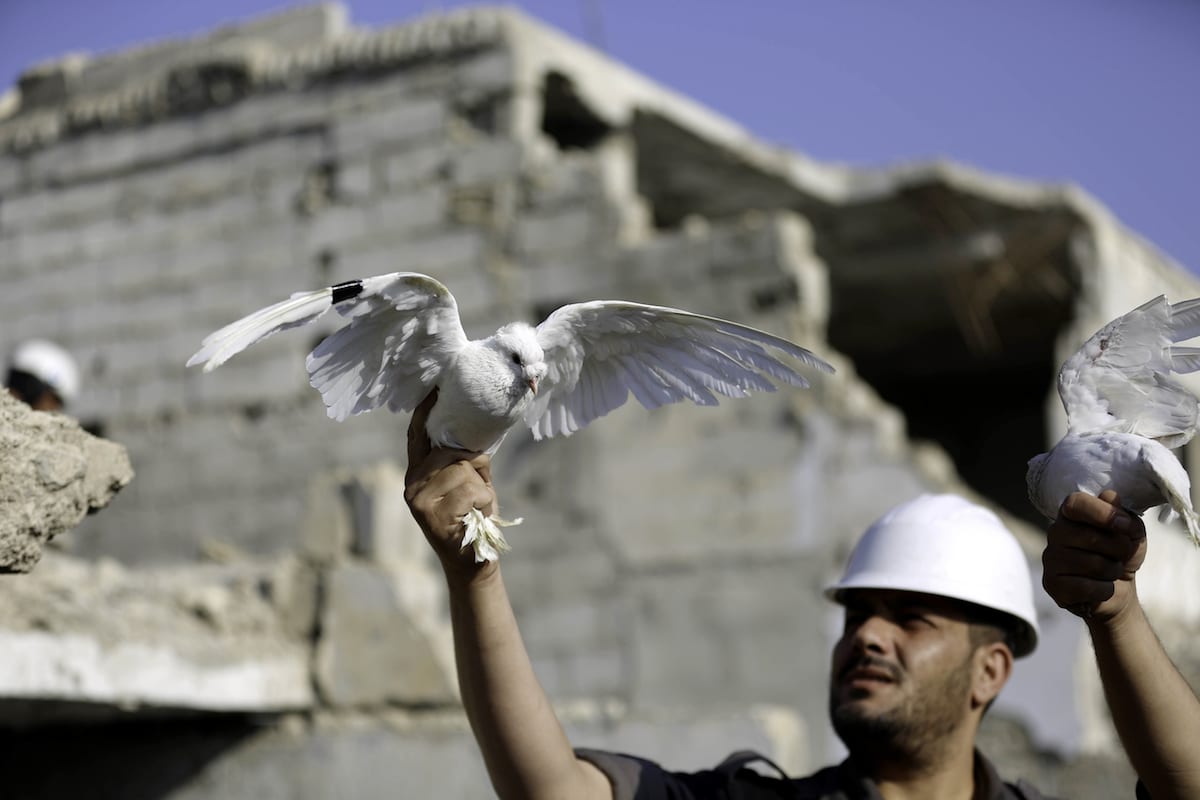 A man, member of Syrian civil defense organization, White Helmets lets a white pigeon to fly for people who lost his life in chemical attack that in the Eastern Ghouta region of Damascus, Syria on 22 August, 2017 [Amer Almohibany/Anadolu Agency]
July 23, 2019 at 9:37 pm

At least 267 members of Syrian civil defense agency White Helmets have been killed in attacks since 2012.

According to a White Helmets report, the deaths include 240 people who died in attacks perpetrated by the Bashar al-Assad regime and Russian forces.

Since April 26, four civil defense workers were killed in regime attacks on Idlib de-escalation zone. The deceased include Enes Diyab, a White Helmets member and a freelance journalist for Anadolu Agency.

In the past three months, the White Helmets managed to rescue at least 722 civilians, including 432 children.

Turkey and Russia agreed, last September, to turn Idlib into a de-escalation zone in which acts of aggression are expressly prohibited.

The Syrian regime, however, has consistently broken the terms of the cease-fire, launching frequent attacks inside the de-escalation zone.

Syria has only just begun to emerge from a devastating conflict that began in early 2011 when the Bashar al-Assad regime cracked down on demonstrators with unexpected severity.