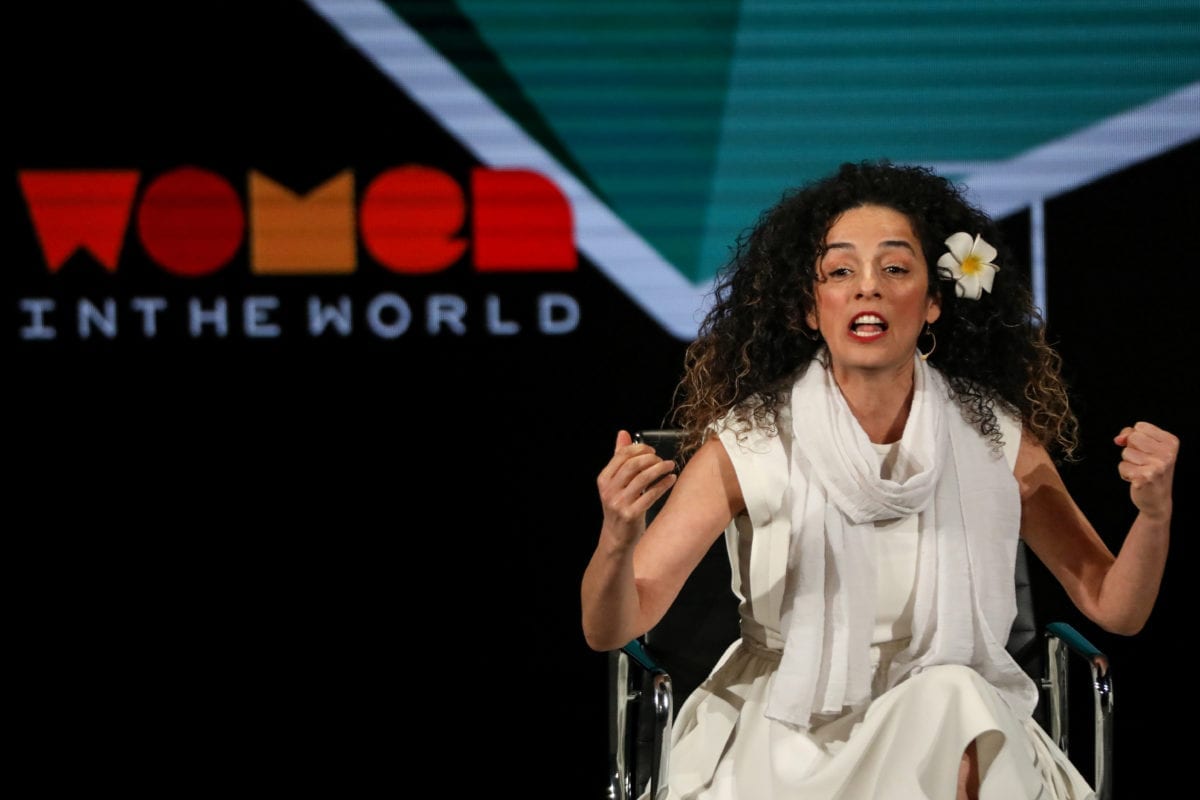 Masih Alinejad, Iranian journalist and women's rights activist, speaks on stage at the Women In The World Summit in New York, US, on 12 April 2019. [REUTERS/Brendan McDermid]
July 31, 2019 at 7:49 pm

Iranian women are sharing videos of themselves flouting laws forcing them to wear headscarves in public, despite a ruling they could face up to ten years in jail for doing so, a prominent activist said on Wednesday, Reuters reports.

Masih Alinejad, a US-based Iranian journalist, started a social media campaign in 2014 encouraging women in Iran to share self-portraits without the Islamic veil, which she then shares on her Facebook page, "My Stealthy Freedom".

She said campaigners had continued to send her pictures and videos after Tehran's Revolutionary Court said on Monday that they could face up to 10 years in prison.

"Today I have received lots of videos from inside Iran. And women in these videos are braver and angrier than before," she told the Thomson Reuters Foundation in emailed comments.

She said Iran's government was "scared of women practising civil disobedience and engaging in peaceful protest".

Many Muslim women cover their heads in public with the hijab as a sign of modesty, although some critics see it as a sign of female oppression.

Under Iran's Islamic law, imposed after the 1979 revolution, women are obliged to cover their hair in public. Violators are publicly admonished, fined or arrested.

Those in breach of the law can face a prison sentence of up to two months, according to rights group Amnesty International, which says women and girls are regularly stopped in the street by morality police and vigilantes.

The head of the Tehran's Revolutionary Court said those sharing protest videos with Alinejad – who Tehran deems to be acting on behalf of the United States – could be imprisoned for up to a decade under laws relating to cooperating with an enemy state.

"All those women who send the video footage of removing their hijab to her will be sentenced to between one to 10 years of jail," Musa Ghazanfarabadi told the semi-official Fars news agency.

The Iran embassy in London did not immediately respond to a request for additional comment.

At least 39 women were arrested last year in connection with anti-hijab protests, according to Amnesty.

Iran's laws are written in a "very broad and vague manner" and that can be used by courts to increase penalties for women's rights protesters, said Raha Bahreini, an Iran researcher with Amnesty.

"This is a distressing pattern which shows that they want to increase their crackdown on this peaceful movement and they want to punish those who dare to defy compulsory veiling laws with very severe penalties," she said.