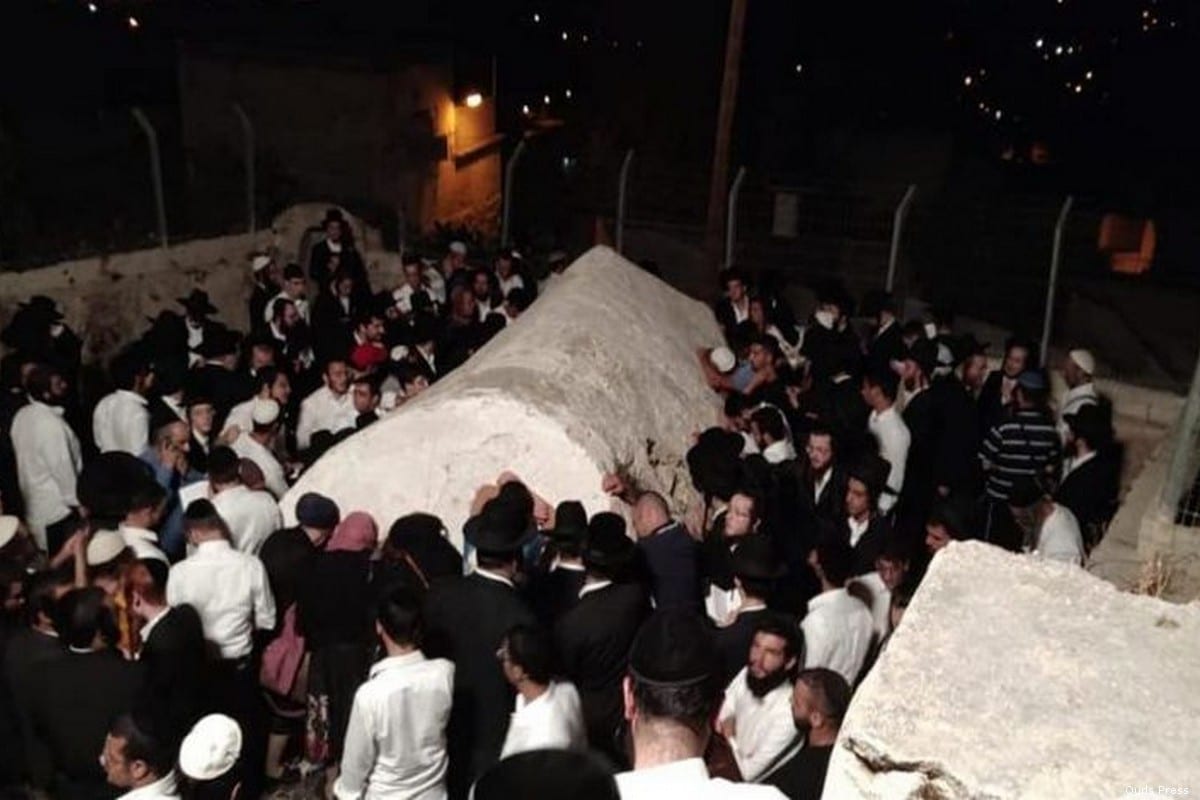 Hundreds of Jewish settlers stormed historic and archaeological sites in the village of Awarta, southeast of occupied Nablus, today.

According to local Palestinian sources, Israeli buses evacuated hundreds of Jewish settlers to the western area of ​​Awarta village, accompanied by dozens of military vehicles.

In the same context, news site 0404 reported: "About 350 Jewish settlers; stormed the shrine of Eliezer Ben-Yehuda, west of the village of the Palestinian village of Awarta, and performed religious rituals, under the guard of the army and border guards."

Local residents in the village of Awarta said: "The Israeli occupation forces closed the entrances of the village, and imposed a siege on its roads, in preparation for the entry of settlers who arrived on foot, and carried out barbaric and provocative actions in the streets of the village."

There are 12 historic and religious sites in the village of Awarta. The Jewish settlers claim a number of Jewish settlements, including Eliezer's shrine.