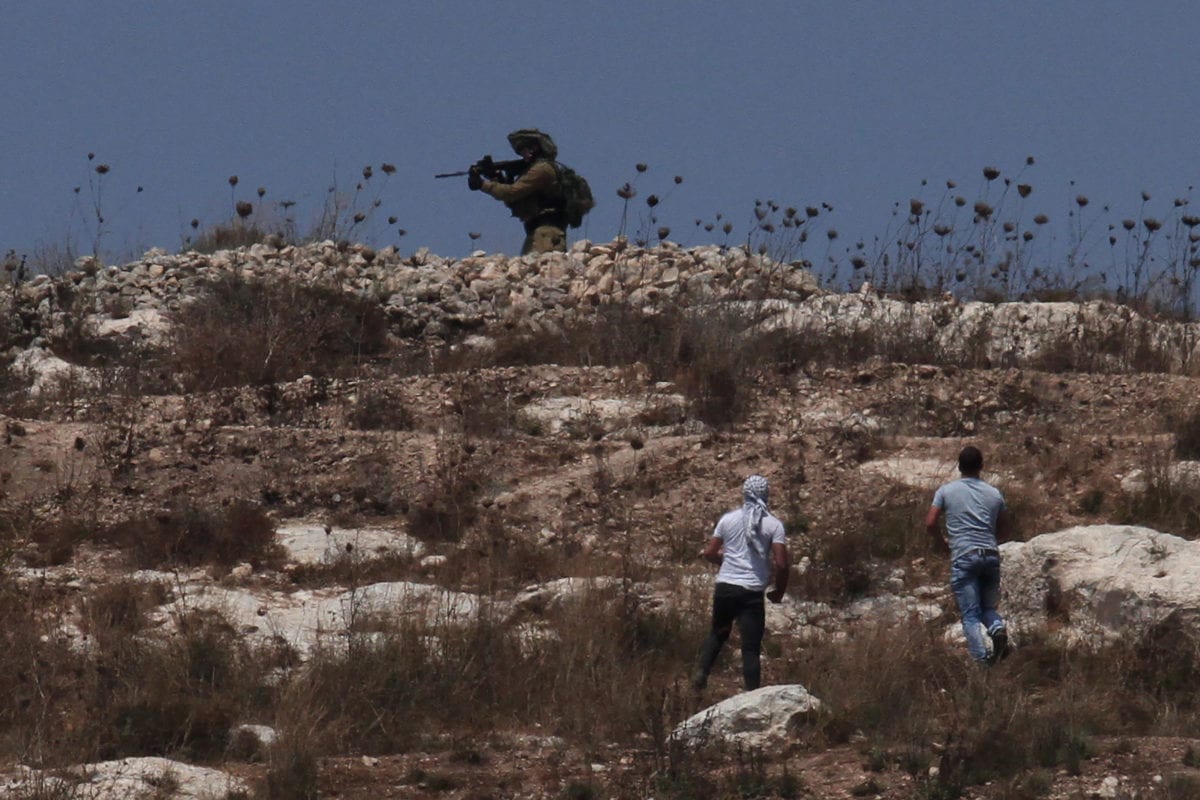 An Israeli soldier intervenes Palestinians during a protest against the construction of Jewish settlements and the separation wall in Qafr Qaddum village in Nablus, West Bank on 26 July 2019 [Nedal Eshtayah/Anadolu Agency]
August 2, 2019 at 11:17 am

Six Palestinians died in July as a result of Israel's aggression, while 414 were detained, the Jerusalem Centre for Studies said in a reported.

Of those killed, one died in prison. While five of those detained were women, with the majority of those held captured in Jerusalem.

The report monitored 364 Israeli violations, including permanent and temporary military checkpoints, theft of property during the storming of Palestinian homes, in addition to demolitions.

It is the arrest and detention of individuals by the state without charge or trial. It is applicable on a renewable six-month term.

It noted that occupation forces confiscated Palestinian land in favour of illegal settlement outposts or the construction of roads for settlers on 42 occasions.