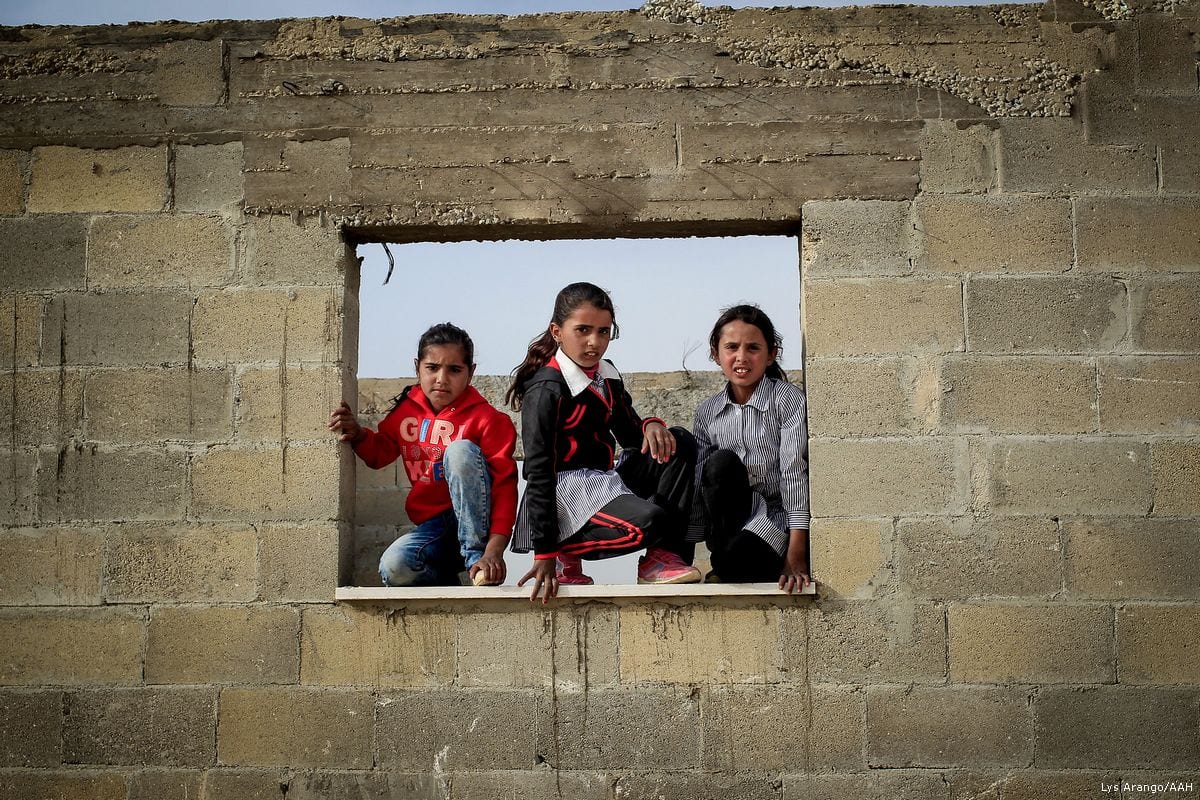 Palestinian children pose in front of their school. Children from the Bedouin community risk losing their school if the Israeli courts decide to demolish it [Lys Arango/AAH]
August 15, 2019 at 8:56 am

Israeli authorities will finally allow Palestinian Bedouin citizens in the village of Rahma to have an elementary school "after 13 years of civil struggle", reported Haaretz.

Residents of Rahma – an unrecognised village in the country's south – have been told by Israel's Lands Authority that their children's school will be established in the coming weeks.

The school, however, will be "made up of mobile homes, because the state will not agree to build any new structures in the unrecognised villages".

Dozens of unrecognised villages dot the Negev, as a result of the Israeli authorities' refusal over the decades to legalise longstanding, non-Jewish communities.

According to Haaretz, "the elementary school will be set up in a firing zone near the Negev town of Yeruham, where according the Israeli military drills are regularly held. Three weeks ago, the Israel Defence Forces agreed to give up a small portion of the firing zone so the school could be built."

Authorities have said the school will open its doors at the beginning of the coming school year.

The village is home to around 850 residents, and until now, village children have been forced to commute to schools in villages 26 kilometres away. Rahma does have a preschool, the result of a separate legal battle a decade ago, after Israel demolished the previous preschool.

"Despite the upcoming establishment of the school, the future of the village is uncertain," said Haaretz, since Israeli authorities have recently "backtracked from a plan to set up a new community for the residents." Instead, it has been suggested residents "move to other communities".