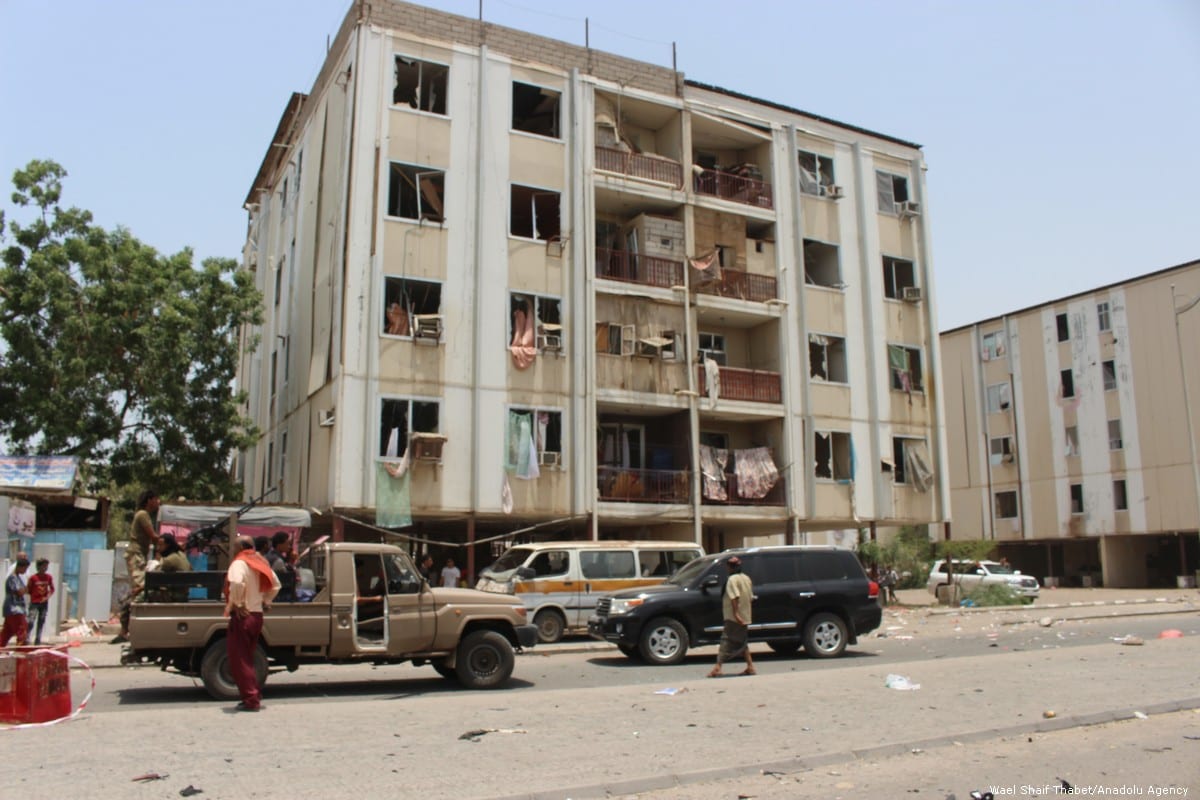 A damaged building is seen after a car bomb attack, which was happened as conscripts were gathering for morning assembly, to a police station in Aden, Yemen on 1 August 2019. [Wael Shaif Thabet - Anadolu Agency]
August 16, 2019 at 12:39 am

The Yemeni government held the Southern Transitional Council and the UAE responsible for the "coup" against the legitimate regime in the interim capital Aden.

In a statement issued on Thursday, the Ministry of Foreign Affairs in Yemen called on the UAE to withdraw and cease the military support offered to these "rebel groups immediately and completely."

In the past few days, Aden has suffered a "coup against legitimacy," which clearly contradicts the circumstances under which the coalition, to which the UAE is party, was invited, the ministry suggested.

Aden witnessed a mass assembly on Thursday, in reaction to the Southern Transitional Council inviting its supporters under the name "the million march of victory and steadfastness."

The events occurred when the Southern Transitional Council took control of most of the state joints in Aden, amid four days of fierce battles with the legitimate government forces. These confrontations took the life of more than 40 people, including civilians, and wounded 260, according to the statistics issued by local and international human rights organisations.

Since 2015, Saudi Arabia and the UAE have been leading an Arab alliance carrying out military operations in Yemen, in support of government forces, against Iranian-backed Houthis, who have controlled governorates including Sanaa since 2014.