Gantz to accept coalition with Likud, but without Netanyahu 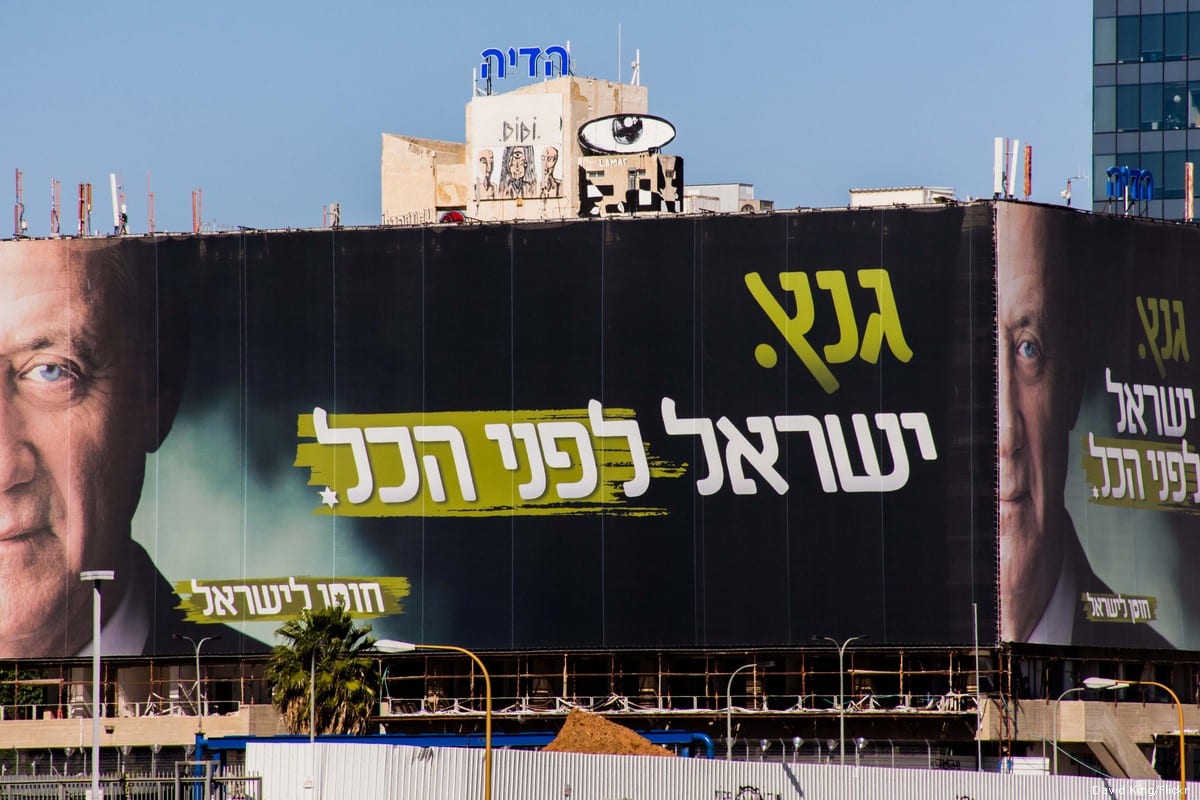 A political campaign poster of former Israeli chief of staff Benny Gantz on 4 February 2019 [David King/Flickr]
September 10, 2019 at 9:41 am

The leader of Israel's Blue and White (Kahol Lavan) party, Benny Gantz, is planning to propose a bill which would ban the prime minister and other ministers from staying in office while they are being charged with corruption, Arab48.com reported on Monday. Such a bill is clearly intended to prevent the current Israeli Prime Minister, Benjamin Netanyahu, from taking office for the fifth time.

Reporting sources from Blue and While, Yedioth Ahronoth said that this means there would be no rotation of Gantz and Netanyahu at the head of the government as long as the latter is facing corruption charges. The same sources added that the former Army Chief of Staff would not object to rotating as prime minister with another Likud official other than Netanyahu if a coalition has to be formed after next week's General Election.

There is nothing in existing Israeli law to prevent a prime minister from staying in office even while facing such charges until a final verdict is reached.